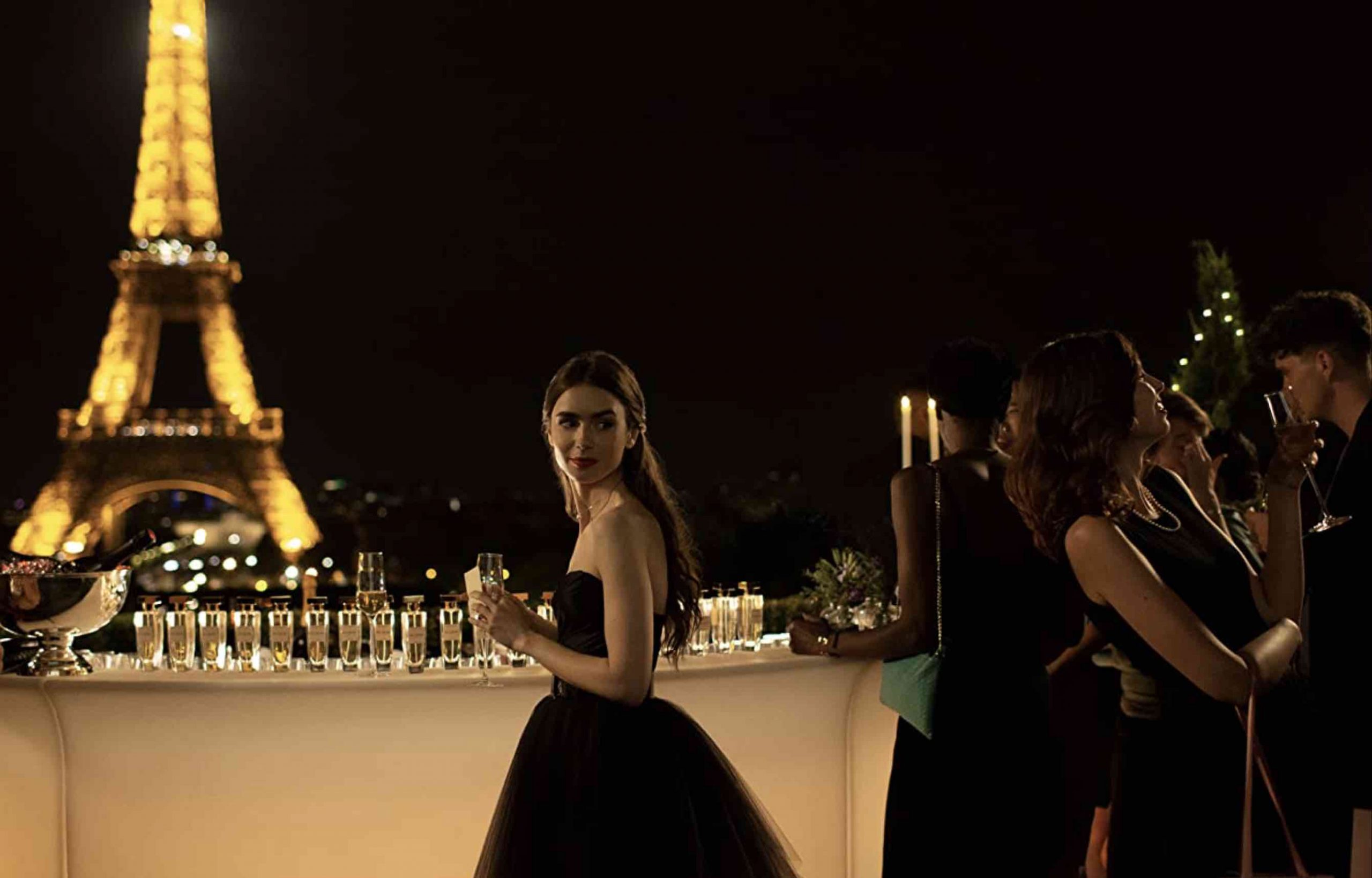 It was one of the most anticipated shows on Netflix this Autumn. Emily in Paris (10 x 50 min), a Netflix series created by Darren Star (awarded for Sex and the city) is the story of 25 year-old Emily (Lily Collins) who moves from Chicago to Paris to work at a marketing firm.

There, she discovers the beauties of ‘the city of lights’ and the joys of meeting Parisians.

Of course her relationship with a boy in Chicago isn’t going to survive the first episode. Of course, the neighbour on the floor below (Lucas Bravo) is a hot chef that ‘knows his wine’. Of course, he already has a girlfriend.

All the critics are saying that this show is painfully cliché and extremely cringe. Of course it is. That was the point of this rom-com in the first place: explore Parisian clichés and make fun of the French.

The question is: does it work?

As I clicked on the first episode, I knew the show was going to be terrible. I wasn’t particularly excited by watching 8 hours of rom-com either. But I have to admit, they got me laughing in the first few minutes. So I changed my mind, sat back, and gave Emily a chance.

It’s great to read the reactions to the show in France. At first, everyone went: “This is cliché and stupid, avoid watching it” and then, with a second thought: “Oh dear, are we really that rude?” If this show is food for thought on French media, and could alert Parisians on their occasional rudeness to foreigners, so much the better!

Finally, I just wanted to say that not all French are Parisians, and that many French people wouldn’t assimilate at all to the French stereotypes depicted in Emily in Paris. This is really a show about Parisians, not about the French.

So is the show worth watching? I can only answer that by another question: “do you like rom-coms?”