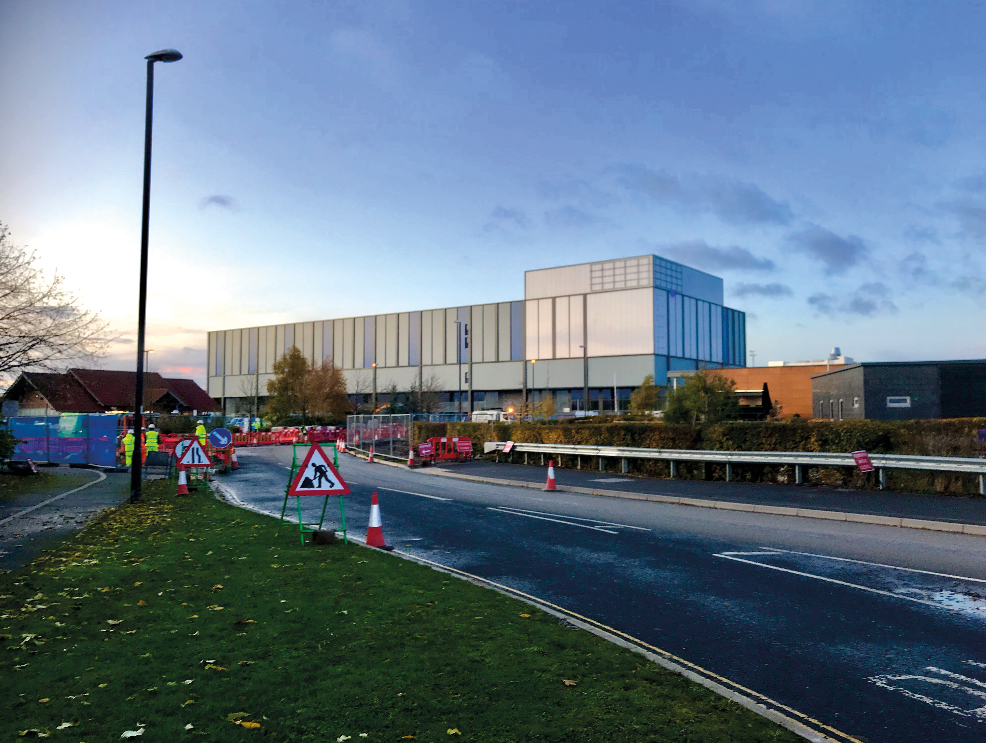 Cineworld are opening a new branch in York. The 13-screen cinema, which will feature two VIP screens and a laser IMAX, will open at Monks Cross retail park in December.

York students are almost overwhelmed with choice when it comes to cinemas: we have Student Cinema on our doorstep, Everyman and Picturehouse in the city centre, and, for those willing to make the trek, a 12-screen Vue over on Clifton Moor. With all this in mind, York seems a bit of a bizarre place to choose to open a new multiplex. “York hasn’t yet experienced the full proposition that we’re going to bring,” says Nicholas Bashford, York Cineworld’s new general manager. We went to interview him to find out more.

The most obvious attraction of Cineworld is the promised £6-per-ticket price; the standard price for a student ticket is £11.80 at Everyman and £9.40 at Picturehouse (if you’re willing to go at off-peak times). Cineworld’s proposed prices are especially good news considering that York Vue is currently upgrading its seating to recliners, which means they are also upgrading their price from £4.99 to £7.99. Even factoring the two bus journeys from either campus to Monks Cross, Cineworld would still undercut its competitors by a wide margin.

For those lucky students whose student loan comes in at the same time their favourite film comes out, there are also a few fancier options: Cineworld will feature two VIP screens with unlimited snacks included in the ticket price, as well as a laser IMAX. The first opportunity to try it out is already available, with tickets for an IMAX triple bill showing of the most recent Star Wars movies – culminating in a midnight showing of Star Wars: The Rise of Skywalker – on sale online now.

At £31.45, the cost of an IMAX triple bill might be eye-wateringly higher than your average cinema trip, but viewers can rest easy in knowing that at least the environmental cost will be low. “We’re being part of a trial scheme, recycling every single cup that comes through into our cardboard waste,” explains Bashford. The screenings themselves will also be more environmentally friendly than you might expect: the projectors now use LEDs rather than regular light bulbs, as well as something akin to a car’s start-stop technology, meaning that the projectors won’t be running for a second longer than necessary.

As well as being fitted with environmentally-friendly measures, York Cineworld will also be one of the few cinemas in the UK to be fully accessible for people with disabilities. Wheelchair users will have spaces at the back of the cinema to allow for better views, rather than just on the front row, so they won’t be forced to crane their heads. There will also be autism-friendly screenings at least once per month and subtitled screenings four times a week, including on evenings and weekends. Far from just being a cinema for blockbusters, York Cineworld will also be showing live transmissions from places as far away as the Sydney Opera House.

Possibly the most important things York Cineworld has to offer to students is employment. With around 100 staff members needed for both the cinema itself and the Starbucks franchise inside, only half of whom have been hired, Cineworld offers a massive opportunity to UoY students. It’s a job with good prospects: York Cineworld’s general manager Nicholas Bashford began his career at Cineworld in 2005 while studying biology at De Montfort University and is now keen to hire more students to help take Cineworld to the next level, saying that Cineworld “want[s] to be a conscientious employer and company. York can be the forefront of that.”