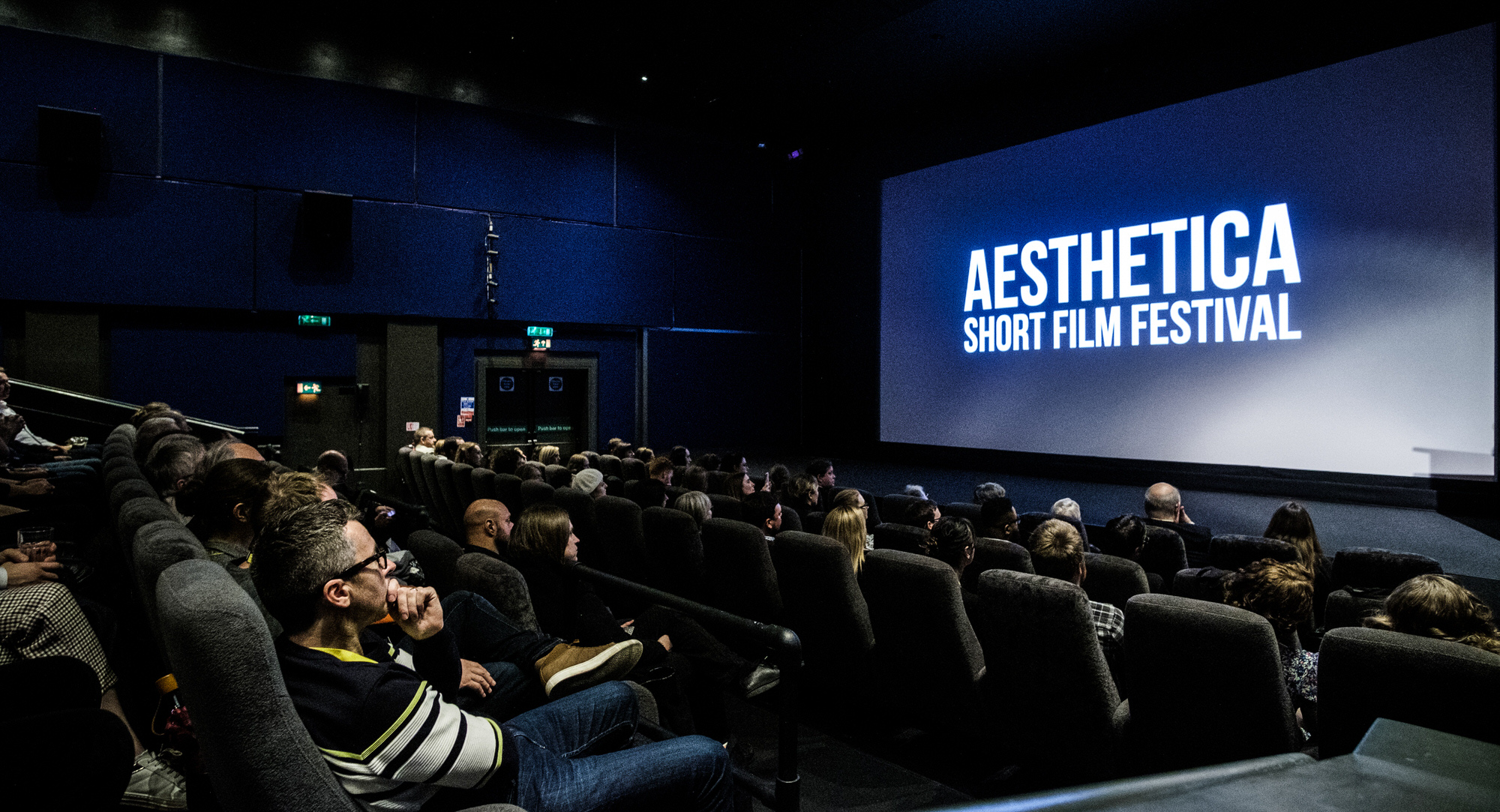 The 10th anniversary of the esteemed ‘Aesthetica Short Film Festival’ presented an entirely online exhibition of cinema, demonstrating a ground-breaking vision of the potential future of film festivals. York Vision got the chance to speak to Cherie Federico, director of ASFF and Editor of Aesthetica magazine, about how the future is a lot brighter than it might seem.

Aesthetica Short Film Festival (ASFF) ignited excitement for short film cinema once again this year, but with a big difference. The festival was all online. Opening on 3 November, ASFF’s 10th anniversary presented roughly 300 shorts, along with a range of live talks and industry events. Although missing the interpersonal connectivity that film festivals usually provide, it demonstrated how cinema exhibitions can adapt to the 21st century technological world, and the endless possibilities this can create. As cinemas across the country were forced to close for ‘Lockdown 2: Lock Harder’, the timing couldn’t have been worse for ASFF.

Cherie was initially determined to host a combined festival, “I was holding out for a very long time, so from March until August, I was planning two festivals. One that would be digital and one that would be hybrid, a mixture of live and in person”. However, the timing of the new lockdown ultimately forced the Aesthetica team to host an entirely online experience. They were tasked with creating a seamless festival experience that encompasses the essence of community within normal festivals, tackles the issues of internet connectivity, and maintains excitement and buzz. It was a heavy burden for the Aesthetica team. Yet, it seems they managed to pull it off.  While there will always be a preference for the joys of public viewing, ASFF managed to create an experience that offered many things. In previous years an online festival wouldn’t have even been considered possible, yet Aesthetica’s success this year has opened a potential pathway for a future hybrid festival experience.

The interview took place over Zoom, of course, and our conversation wasn’t without its technical difficulties. There were connections, reconnections and an endurance of buffering that seems to come with every student house in York, as a kind of package deal. But once the screen had settled, co-founder Cherie began to discuss the origins of the festival. Aesthetica is proud to champion new and upcoming talent, particularly relating to short films, and Cherie emphasised the growing importance of ASSF in giving people a voice. “I think when we first started it was really about making sure that this was actually able to happen… It was enough to just be able to do it, whereas now, the systems have been refined and festivals become really recognised on a national and international level. We have a voice – a voice that’s heard by people, so we’ll use it in the best way possible.”

Cherie was clear about the duty that ASFF was determined to fulfil, and the online experience is one that allowed the festival to achieve that and more.  Supporting and showcasing diversity has always been an integral aim for Aesthetica, along with reaching new audiences. As Cherie reinforced, “We’re at about 100,000 views, and that is definitely more than what we would have in person… I’m excited about what the future brings, and I’m excited to see how we can use technology to reach more audiences.” Aesthetica took great consideration and care when creating the platform on which the festival was held, ensuring additional features allowed accessibility that had been impossible in previous years. Audio captions and the ability to re-watch shorts were simply two of the many features that ASFF were able to use to their advantage this year. “You can just put the audio-captions on and you just suddenly open the festival and make it more accessible for more people. For me that’s a really great thing, I’m really committed to accessibility through and through.”

The beauty of a city rich in history accompanies the modern aesthetic of Aesthetica in a charming way, and it seems that losing this is one of the biggest frustrations with the online experience. In 2018, 25,582 people booked passes for the festival. Along with entering a world of BAFTA-qualifying short films, people could also soak up a city of beauty, which created an atmosphere that simply can’t be replicated online.

“York is such a beautiful place, our old slogan used to be ‘Explore York, Experience Film’. We said that for years because when we first started we used to screen all these films from across the world, and all of these languages and cultures and content were here in York, every year… it’s just really exciting.”

Cherie was determined to replicate the in-person festival experience that York normally affords, fully aware of the frustrations and irritations of technology. “I wanted the entire platform to be integrated. So, you login once, you don’t need a separate link, a separate passcode you don’t need to register for anything else… it’s like actually the idea of creating an experience.”

Aesthetica embraced the unavoidable differences between the two types of festival. Opting to create an entirely unique, virtual experience, the festival succeeded in captivating engagement in what seemed like a fresh new take on how we engage with film. Often, when browsing through the excellent short film selection, or tuning into live talks, of which Judi Dench’s was both a privilege and a highlight, I found myself engaging without comparison to what this could be like in person. The online platform was essentially the same concept, but different enough that it didn’t feel like competition with the live festival; it was an alternative option that provided convenience and increased accessibility. This festival was new territory for Aesthetica, as Cherie explained, “I’d never tried a digital festival before, so it required a lot of… you know there’s no guidebook on this stuff, you have to go with your gut instincts, and you have to kind of really dictate how you think audiences are going to engage with the content”

Yet this new challenge didn’t hinder the festival’s success in the slightest. “I know for a fact that Judi Dench’s sessions had literally thousands of people watching – it’s really interesting because like you have this connection, although you’re at home on your tv or computer or however you’re viewing it, it’s still a community experience and that’s interesting.” Feelings of community and joint engagement with the festival often survived. Aesthetica’s unique online platform was integral to this, particularly during the online talks, which allowed for audience discussion and engagement on a scale far beyond the in person experience. The online interface gave everyone the opportunity to share the experience through a simple chat software.

“I think that that’s one of the things that I’m really happy was preserved. Watching films and going to the cinema is a communal experience and actually it made me quite sad to think that would be lost in some way, and so the fact that that has actually been preserved, I don’t know, it makes me pleased.”

Capturing the excitement of a large audience, bolstered by the great tool that social media can be, people are still discussing the festival several weeks after its launch. We interviewed Cherie midway through the festivals second week, and she was astonished at the public response on social media. “If you think the festival launched 13 days ago, people are still talking about it. Actually, Instagram was going crazy – people are doing stories and things like that. So, actually I think it really did assist in this community feeling.” The opportunity to take the positives out of this year’s experience has been integral to Aesthetica’s success. Cherie insisted that this year has been all about reinvention and using the obstacles in front of you as a way to develop creative, and imaginative alternatives. The future of Aesthetica is bright, and intentions to carry over aspects of this year into ASFF 2021 seem likely.

“I’m going to deliver the live festival actually quite differently to how I’ve done in the past, so I’m excited for the future… In some ways I’m kind of grateful that I’ve had the opportunity to think about things differently because sometimes you always do what you do because you’ve always done it that way… I’m really pleased with the volume and shear level of innovation and reinvention and recreation that we’ve done this year and actually it’s like reinvigorating me after like 10 years.”

ASFF showcases the creativity and passion of hundreds of independent talents, and this is vital in the current climate. In a world of empty auditoriums, silent cinema screens, and locked down artistic talent, any opportunity to celebrate  individualism and artistic expression is vital – even if it’s online. Cherie was emphatic about the importance of this “with so many doors closed including cinema doors, there needs to be a place where creativity can be shared. And that is this festival.” Aesthetica Film Festival has always been brilliant at what it sets out to do, yet what is clear this year is that the way in which we experience film festivals will never be the same again, and this may be for the better.

Taking a step back from looking into the future and the crystal ball of cinematic uncertainties, there is no reason not to celebrate and absorb the excellence of films out right now. ASFF 2020 held some of the finest short films I have seen for a long time, notably Eyelash, The Passerby, Survivor’s Guilt, and All the Trimmings.  Cherie, however, is a far better source for the triumphs of this year’s festivals, and she kindly gave us a run down of her highlights. “There’s a fashion film called Baba which is lovely, it means father in Turkish, and that is a really nice film. It’s kind of fashion stroke documentary – it’s just about this woman’s father who immigrated to the Netherlands 40 years ago. It’s very good… it’s very heart-warming, it’s about a relationship between a father and a daughter.” Other films recommended by Cherie include Somali Nemo, Jane, and The Passerby.

Obviously, it is very easy to get frustrated and express concern over the hazy future of cinema, the arts, and beyond. However, Aesthetica provided a brief escape from these unnerving times, allowing for the exploration of short films that celebrate every aspect of life. ASFF also reminded us of the glimmers of hope that shine through these dark times. It was a timely platform for the creativity and capability of some brilliant minds, and the endless possibilities that can arise from this. Although we all hope to celebrate Aesthetica’s 11th anniversary in person, this year acted as a landmark for the creativity of filmmakers and the possibilities of the online experience. COVID-19 has certainly left an indelible mark on the future of film festivals. No doubt next year we will see the online world continue to feature in film exhibitions, and this should be approached with the positivity and excitement it has proven to possess.