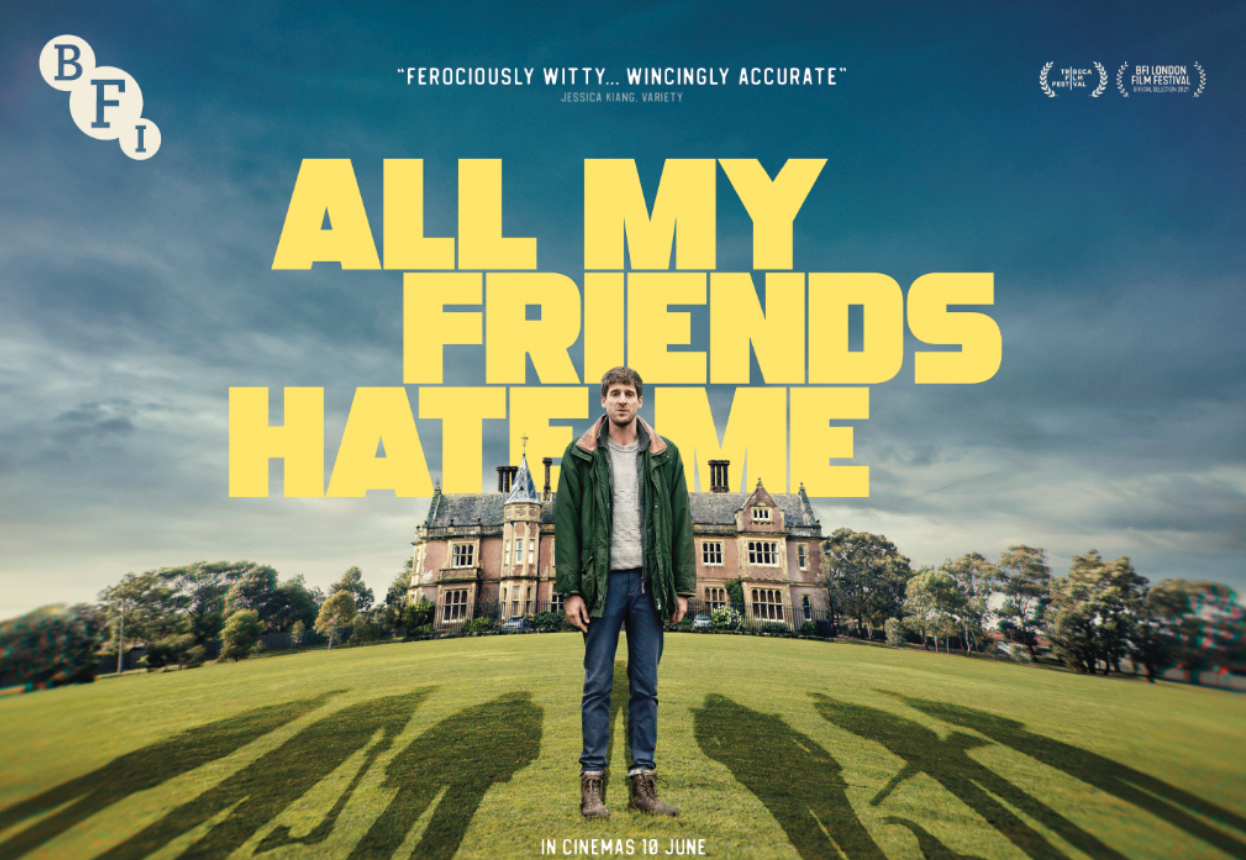 On June 1st at 6pm, York’s very own City Screen Picturehouse will be showing a preview screening of the upcoming comedy film All My Friends Hate Me. But not only that, following this screening there will be an exciting in-person Q&A with lead actor and writer Tom Stourton and writer and producer Tom Palmer.

Having premiered at the Tribeca Film Festival in 2021 as well as having its UK premiere at the BFI London Film Festival last October, this event is not to be missed.

The film’s synopsis is as follows: Pete (Tom Stourton) is ready to leave his youthful indulgences behind and settle down with his girlfriend, Sonia (Charly Clive). When his uni friends invite him for a country weekend away to celebrate his birthday he finds their immature ways haven’t changed. And he’s baffled by their spontaneous invitation to a feral stranger from the local pub to join them. With the atmosphere turning from tense to terrifying to surreal, Pete reaches breaking point. Is he being punished? Is he being paranoid? Or is he just part of some sick joke?

Directed by BAFTA-nominated Andrew Gaynord, from a razor-sharp script by Tom Stourton and Tom Palmer, with a cast featuring rising British talent, All My Friends Hate Me is a deliciously dark comedy about social paranoia.

So gather up your uni friends and head down to City Screen on June 1st. You can book your tickets HERE

If you can’t make the Q&A on June 1st, All My Friends Hate Me will be released on June 10th and you can still catch it at City Screen then.