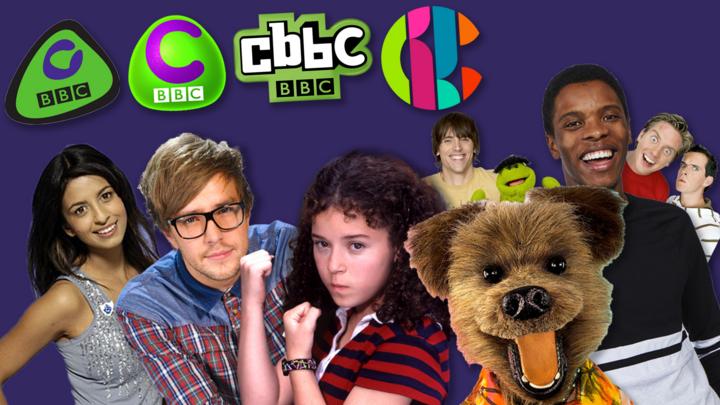 For those of us who grew up without Disney or Nickelodeon, CBBC taught generations of couch potatoes how to make a telescope from an old Pringles can (thank you Blue Peter) and how to suck the venom from a poisonous snake bite (thank you, Steve Backshall).

Our Sky box was replaced by Freesat after the birth of my younger brother, meaning that Basil Brush and Tracy Beaker became my babysitters. I feel that I have already been through enough heartbreak after PopGirl was removed from air in 2015, making me feel even more hard done by for not having Sky.

Parents could leave their kids to watch CBBC, knowing that their childcare was sorted for the afternoon. There was no worry of inappropriate content to slip through the net due to the BBC’s tight regulations, making it a much safer choice than YouTube or other unregulated channels.

My personal favourite show on CBBC was Clutter Nutters. I loved it pop so much that my dad used to record the episodes on video so that I could watch old episodes whenever I wanted. The premise was that two messy teens would have their rooms emptied, and whoever got rid of the most clutter won.

Other notable shows from my childhood include Raven, Trapped, Chucklevision and of course, Prank Patrol.

I asked Vision’s members to tell us their favourite childhood CBBC show, and why they are sad to see the channel go off-air.

“MI High was an incredible piece of escapism- the idea that when you went to secondary all sorts of spy-related shenanigans could be happening right under your nose was definitely far-fetched, but made me feel more confident to go to secondary.

“The stakes were never higher than someone turning the whole world into poorly-costumed green monsters, and it was the furthest thing from the drug-fuelled dramas like Euphoria, Riverdale and other shows on streaming services.

“My parents were so glad to know there would be no advertisements when we couldn’t afford the products or inappropriate language. My sister and I would sit for hours watching CBBC, until the shows literally looped again- it turned my brain into wholesome mush. On a separate note, I would like to personally thank Iain the presenter for being my first ever crush- my taste was unparalleled.”

“One of the reasons I became obsessed with broadcasting at an early age was my fascination with Blue Peter. I absolutely loved the thought that I was sat watching the same thing along with thousands of other children up and down the country.

“When I was 10, I was visiting Titanic Belfast on the same day Helen Skelton was there filming (pure coincidence!). I walked through the same part of the museum about 10 times with the hope of making it into the background of the shot. Alas, I didn’t make the cut.

“After that occasion, my sister and I wrote to the producers and said how much we’d enjoyed seeing a part of the programme get made and in return we each got a Blue Peter badge! After that, it’s fair to say I went a bit crazy, collecting a further 3 badges (silver, purple and sport).”

“You would have probably seen the ‘just normal men’ clip with Hacker T. Dog go viral recently, however this is just one example of many great moments that happened between shows before school and in the afternoon. I would genuinely sit through shows I didn’t particularly like sometimes just to watch the three-minute segments with Ian, Hacker, Ed, Oucho and Chris (but never Dodge T. Dog, or that weird month where Holly Walsh presented alongside a talking brain that I swear I didn’t fever dream).

“I think what made it so appealing to me is that it was the one time where CBBC felt genuine. I think the ‘innocent men’ clip is a perfect example of this; the presenters laugh when they’re not meant to, they messed up with overrunning and being late to the next show, they interacted with the audience and it felt like you were being included in the fun.

“You were in on the joke that was happening at the expense of some unseen boss who presumably wanted the segment to run properly. It may well be the same reason people like Mrs Brown’s Boys, but I’ve moved on from watching that form of humour since I’m no longer 10 years old.”

“There’s something special about Sorry I’ve Got No Head– whilst it was a sketch show for kids, it was loved by my whole family. Even to the point where we all still quote lines from some of the sketches to this day, particularly “a thousand pounds!”, and a few lines from the Museum of your imagination sketch. You knew what you were going to get with this show and it was executed very well. We all have very fond memories of this show”

“We don’t get CBBC down under in Australia (ours is ABC Kids), but I think a few of your shows manage to make their way across the seas! I adored Horrible Histories as a kid (how can a show be so educational and entertaining at the same time?!). I think we also got CBeebies shows like Charlie and Lola, In the Night Garden, Postman Pat, and Teletubbies, and whilst my childhood self never realised that they weren’t Australian, they certainly all made for a childhood of fun!”

From well-loved presenters, to the characters we loved to hate, CBBC will truly be missed.