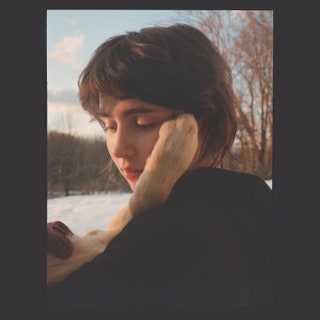 As the year draws to a close, we reach that sacred time in late December when music publications begin to declare lists detailing which albums were the year’s best, in turn provoking dogmatic discussion among fans and critics alike. 2021 has been an eventful 365 days for music; Drake and Kanye went head-to-head in the Donda/Certified Lover Boy debate, Taylor Swift re-recorded two of her most loved albums, ABBA reunited for their first record in 40 years, Mogwai and Architects defied the laws of bubblegum pop chart monopoly by mounting the UK album charts and Spotify removed the shuffle button for albums because Adele told them to (who knew it was that easy). But rather than compile a list of 50 albums and ranking said albums, York Vision contributors have selected their personal favourite releases of 2021. Personally, I would like to express great thanks to all writers for the honest and passionate words within their contributions below.

For fans of Clairo’s debut album, which gave us such cult classics as Sofia, Sling, on first listen, can feel like a departure from the artist’s earlier work. Clairo made the decision to substitute her previous indie and soft rock influences for folk and 70s rock which create a world that sounds at once new and old, fresh but mature. That said, Sling is still undeniably Clairo. A sense of continuity from the first album can be found in her unique voice and melodies, that continue to make her stand out from the crowd. Sling is an undoubtedly beautiful album. The decision for it to feature many longer instrumental sections, including the almost fully instrumental ‘Joanie’, allows the soothing acoustic melodies to breathe and shows off the wide range of instrumentation featured. And there certainly is a wide range. There’s everything here from saxophone to violins to flutes, and even a lute on one track. Each instrument and the way that it is used in conjunction with the others feels to have been deliberately chosen. You’re being taken on a sonic journey by Clairo that has a maturity to it that wasn’t featured on Immunity. Across the 12 tracks, Clairo sings about the bittersweet ending of long-term relationships that stopped working a long time ago; the mixed feelings towards the idea of becoming a parent; as well as the wish to have your own home without knowing when you’re realistically going to be able to. If Immunity was a coming-of-age record, then Sling is the story of a young woman who has come of age and is trying to navigate what comes next.

Don Toliver’s second studio album, released in early October, teased music in a cinematic manner much like Travis Scott’s Astroworld. This album, like his first, boosts Don’s capacity to produce impeccable verses in companionship with smooth melodies and transitions. Though the lyrics lack a deeper meaning, they serve as the perfect dosage for an afterparty’s background music. The album distinguishes itself from the rest of this year’s releases through its magnetic, euphoric aura. My favourite tracks would have to be ‘Company pt. 2’, ‘5X’, and ‘XSCAPE’ for their flashy club music vibes. Artists like Travis Scott and Baby Keem, who produce a similar genre, add their relative experiences to the featured tracks ‘Flocky Flocky’, “You”, and “OUTERSPACE”. The entirety of the record features solid electronic beats, which wholly combine with his piercing voice making it one of the perfect additions to your two am playlist.

Will Rowan: Girl In Red – If I Could Make It Go Quiet

After two EPs and a helping of excellent singles, Girl in Red shines in her debut album: if I could make it go quiet. The album builds excellently on the Norwegian singer-songwriter’s previous work all while branching into interesting new areas. Ulsen is known for her songs of longing and suppressed desire as a queer woman. It’s on this album that Ulsen shows her skill in producing a coherent emotional landscape that the listener can sink into for half an hour.

The tracks range from the punchy to the subdued, yet all have her distinctive sound and lyrical talent. There’s a certain maturity when she now discusses the uncertainty of her own youth which is a lovely irony. It captures the uncertainty of a transitional period, learning more about herself but knowing that this moment is just another learning experience to write and sing about another day. The sometimes playful, sometimes furious intensity of ‘Did You Come?’ is a personal highlight. Having had tracks that openly discuss depression and Ulsen’s struggles with her mental health, she takes the opportunity within her debut to cover OCD more explicitly. Whether it’s opening song ‘Serotonin’, which faces down intrusive thoughts, or ‘Body and Mind’ which shows the disconnect between those thoughts and reality, it’s enjoyable and important music making. Give it a listen!

Ben Forsdick: Little Simz – Sometimes I Might Be Introvert

2019. Little Simz drops one of the most beloved hip-hop records of the year. 2021. Little Simz outdoes herself. Sometimes I Might Be Introvert is Simbi’s opus, a conceptually minded record exploring the power to be found in introversion. Delving into topics of self-motivation, societal contextualisation, race, gender, violence, family, and personal growth, Little Simz carves a masterpiece from the clarity of Inflo’s production. From the bombastic opening track ‘Introvert,’ via the stylish ‘Woman,’ through the Daft Punk disco sounds of ‘Protect My Energy’ to closer ‘Miss Understood,’ Sometimes I Might Be Introvert’s emotional honesty, immaculate flows and stunning production have earned Simz deserved and overdue widespread industry appreciation. This was both a cultural landmark for British hip-hop and a sensational artistic undertaking. What an extraordinary record.

There’s always a big concern when bands announce their second album. Particularly when following a debut with acclaim as high as Parcels self-titled opening effort. Usually, artists fail to meet the (admittedly unfair) astronomical expectations of their audience and drift into disappointing territory which either tries to replicate the magic of the first or try something so radically different that it’s destined to disappoint. Parcels found that sweet in between and seriously impressed. The bouncy baselines and euphoric disco offer a transformative soundscape which is as joyous as it is disciplined – especially for a band still so early in their career. Once the closing song ‘Inside’ ends there is no resisting the temptation to dive back in and start it all over again. It’s a triumph and my favourite of the year.

If you’ve got a shirt on, unbutton it. If you’ve got trousers on, take them off. This is an album to be enjoyed in your underwear, with a cigar, on the veranda of your Spanish villa, with attendant servants bringing you your crystal glass of bourbon on a silver platter. It’s sexy. This remarkable collaborative album between Bruno Mars and Anderson .Paak emerged after Anderson turned up to Bruno’s studio, piss drunk, on the evening of his birthday, and implored that they write some songs together. In the months that followed, they created a playful (but not parodic) homage to the soul sound of the seventies, accompanied by pinstriped brown suits, smoking jackets, comically oversized sunglasses, and an abundance of velvet.

Both Bruno Mars and Anderson Paak are artists who are notoriously fastidious about the details of their production, and this attention to the subtleties of their sound bursts through on every track. ‘Leave The Door Open’ glides through bold chord changes and glitzy hooks with crisp drums and a sparkling piano and glockenspiel undercurrent, and showcases Bruno’s best vocal performance to date. ‘Smokin Out The Window’ sees Bruno and Anderson swapping verses effortlessly (and hilariously, with a memorable dis-belief/dis-bitch pun) over maybe the most gorgeous bass line ever written. I think that ‘777’ is, production-wise, the most impressive track of the bunch, with a seemingly minimalist arrangement of overdriven guitar, bass and drums elevated by a percussive menagerie of shakers, bongos, rattles, crisp rhythm guitar, and trumpets. Utterly incredible. I know everyone and their mum has talked this album to death, but it literally does not get old.