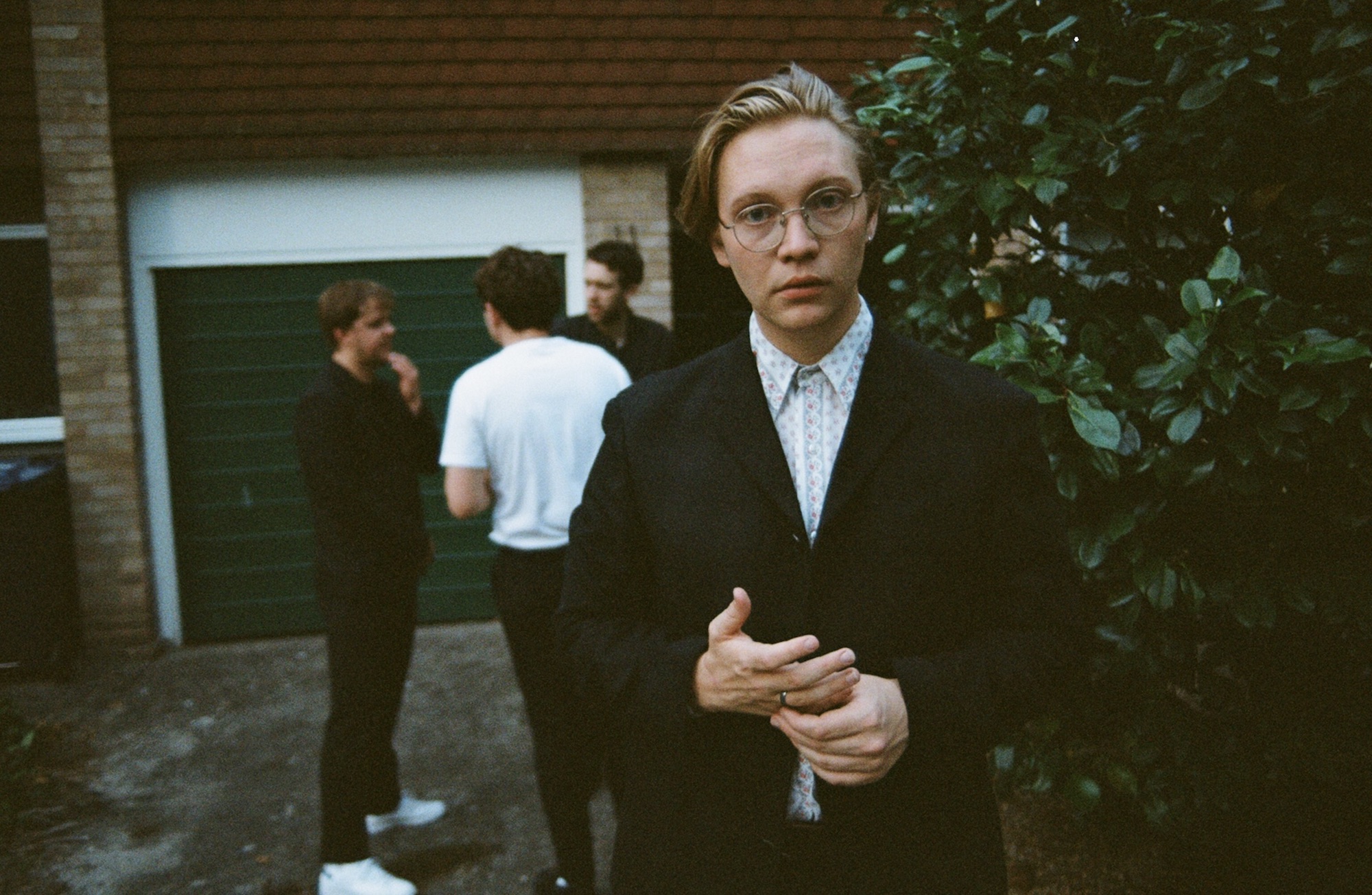 The most successful act to emerge from the York music scene in recent years, “miserable disco” band The Howl and the Hum, at long last have released their debut album, Human Contact.

Having seen the band live in London in 2018, where they performed their biggest hit, ‘Godmanchester Chinese Bridge’, as well as the funk-inflected ‘Don’t Shoot the Storm’ among others, their artistic progression in the space of just two years is exceptional.

Released 29 May, Human Contact has arrived unintentionally in the midst of the UK lockdown, a timely circumstance for the main subject matter and concept of the record.

Human Contact is a telling congruity of dark lyricism and romantic optimism, occupying that much-desired sweet spot between musical experimentation and the accessibility of modern pop.

The album pools together an eclectic mix of disco, post-punk, electronica, and alternative rock to create a sensational and cohesive record.

So it is unfortunate that the loosely-defined umbrella term of “indie” might be applied to music as innovative as this.

The record begins on an uncharacteristic foot, with the simple electronic pulse of ‘Love You Like a Gun’, recalling a sinister juxtaposition of love and violence, developed through atmospheric vocals and harmonies and reminiscent of the opening song to Radiohead’s latest album, Burn the Witch.

If lead vocalist Sam Griffiths’ voice is comparable to Talking Heads frontman David Byrne, then it is uncannily similar to The Killers lead singer, Brandon Flowers, particularly on the uplifting alt-rock track ‘Hall of Fame’.

Griffiths’ soaring vocal talents thrive most on ‘The Only Boy Racer Left on the Island’, a dynamic take on masculine bravado and isolation, and the nostalgic track ‘Sweet Fading Silver’, two songs that showcase the effectiveness of the band’s celestial crescendos.

The post-rock instrumentation of the latter song wouldn’t be out of a place in the discography of Sigur Rós. Likewise, ‘Got You on My Side’ begins like an alternative version of David Bowie’s ‘A New Career in a New Town’ from his experimental Berlin-era album Low (1977), another clear influence on the Human Contact.

Then we begin to explore the album’s stark lyricism. ‘Hostages’ is an unconventional breakup song, likening the final settlement of commodities between two ex-lovers to the exchange of hostages: “We’ll hand over our hostages, a fake silver ring, your books in foreign languages”.

Plus there are numerous examples of dark romance in the metaphors of burying a heart in the sand, heard on ‘Murmur’, and of finding a rose in the mud in ‘Until I Found a Rose’.

The use of drum machines and samples, sometimes delicate, sometimes glitchy, recalls the influence of previously mentioned post-punk pioneers Talking Heads (‘Human Contact’), as well as disco and house music (’27’).

The track ‘Smoke’ aptly features smoky fuzz guitars and hazy-sounding vocals, production choices clearly guided by the song title itself, an idea that also applies to the downbeat ‘Murmur’.

More broadly, the record reflects the band’s original views on the place that “guitar music” serves in the landscape of modern music; using it as a texture tool rather than a prominent instrument, as rock tradition would dictate.

In summary, Human Contact is one of the best albums I have heard in the past few years. We need more of this kind of album, not only to ease the difficulties of lockdown and to remind us of the importance of human contact, but also because of its brilliant balancing act between authentic and electronic, dark and optimistic, and original yet accessible songwriting.

Favourite tracks: ’27’, ‘The Only Boy Racer Left on the Island’, ‘Sweet Fading Silver’

2 thoughts on “Human Contact: “We Need More of This Kind of Album””