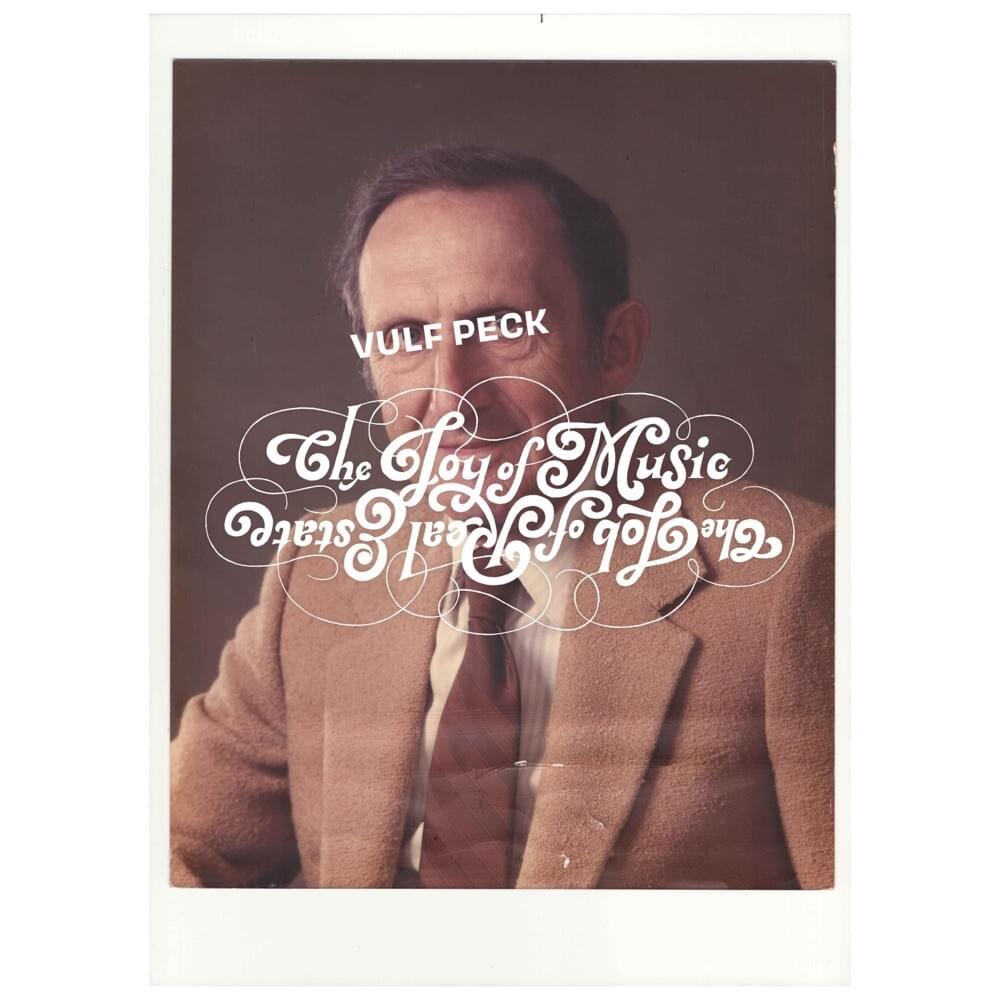 Fronted by maverick musician Jack Stratton, Michigan-based funk band, Vulfpeck, have returned with their fifth studio album, The Joy of Music, The Job of Real Estate. Released 23 October 2020, the album is the band’s first major project created during the coronavirus pandemic.

Vulfpeck have done a stellar job of reviving classic funk music since their formation in 2011, with a refreshingly minimalist approach to production, and eccentric undertones. Their music is mostly instrumental, strengthened by a watertight rhythm section; jazz-inflected keyboard and saxophone melodies; and crystallised guitar tones. Vulfpeck combine funk’s intrinsic rhythmic grounding with glossy pop melodies, creating intelligent, and infectious music. If such a musical term as ‘funk pop’ existed, then Vulfpeck would exceed all the requirements.

What’s more, they record all their music live in the studio, and seldom edit takes together, a rare practice in modern music recording. This is hard evidence for why the band’s previous album, 2019’s Live at Madison Square Garden, is the greatest addition to their discography; the band’s performance showcased their well-oiled funk machine, on-stage chemistry, and artistic endeavours. The concert is so fantastic that it feels almost criminal to be able to view the entire show for free on YouTube.

With the bar set exceptionally high then, The Joy of Music, The Job of Real Estate, is an underwhelming follow-up record. The opening song, ‘Bach Vision Test’, reworks a segment from Johann Sebastian Bach’s unfinished composition ’The Art of Fugue’, into what sounds like a permissive conversation between two MOOG synthesisers. Its quirkiness exemplifies the band’s wit, though perhaps the song’s self-indulgence can only be excused on account of it being an overture.

The second track, 3 on E, is the real opener, and features the vocal talents of frequent Vulfpeck collaborator, Antwaun Stanley. Stanley’s dry velvet falsetto evokes the voice of funk legend, Curtis Mayfield, and the vocal melody of Stevie Wonder’s ‘Have a Talk with God’. It floats over the solid interplay between Joe Dart’s basslines and Theo Katzman’s drum grooves, which support glistening descending guitar and synth patterns, the unsung highlights of the song’s instrumentation.

The track ‘LAX’, referring to Los Angeles’ International Airport code, is the album’s clear pop cut, as well as another great slice of funk. Guest vocalist, Joey Dosik, provides the record’s most memorable hook in what is a lightly enjoyable, soulful pop song.

Following ‘LAX’, is the band’s electronic take on ‘Poinciana’, an American standard originally written by Nat Simon and developed from a Cuban folksong. Vulfpeck’s version revolves around two main elements: a dusty drum machine loop reminiscent of Sly Stone, and vocal harmonies generated by a half-mangled liquid vocoder effect. It fails to develop from this minimalism and is somewhat dreary, but interesting nonetheless.

However, the record loses traction with its instrumentals. The bluesy, ‘Test Drive (Instrumental)’, and its motorik successor, ‘Radio Shack’, are enjoyable toe-tappers, but they simply lack focus and direction. Though running time has never been a real issue on the band’s previous records, with most landing around the 35-minute mark, it is a problem here, as the album’s instrumentals come off as less captivating, more filler. By the time the saxophone jam of ‘Eddie Buzzsaw’ has finished, four tracks from the end of the record, Vulfpeck are out of originals.

The band then take on the formidable challenge of covering a Beatles song, with their live rendition of the George Harrison-penned, ’Something’. There’s no risk of the song being butchered here, purely because Vulfpeck’s version is pleasantly similar to the original. The only key difference is the reconfigured rhythm, with the song underpinned by the signature triplet shuffle of veteran session drummer, Bernard “Pretty” Purdie.

If ‘Something’ is a conventional cover, then the band’s instrumental rendition of the Eartha Kitt classic, ‘Santa Baby’ is certainly more innovative; Woody Goss’ playful electric piano lines bounce through a lo-fi landscape of ambient voices and reverb-soaked drums. Especially when Christmas songs fall victim to being overplayed to death, hearing a refreshing cover version of one is always welcome.

Despite this, three covers sandwiched into the second half of the track listing is a suspicious way of filling time, especially considering the bizarre scenario surrounding the tenth and final track, ‘Off and Away’. Vulfpeck are absent here, as Stratton auctioned off the closing track spot on eBay for a jaw-dropping $70,100. The winning bidders were jazz-rock outfit, Earthquake Lights, whose closing song is a slow ballad, dominated by rich string instrumentation. It’s listenable enough, but totally incongruous to the Vulfpeck canon, and a superfluous addition to the album.

With such a remarkably authentic sound and musical philosophy, it is disappointing that Vulfpeck’s The Joy of Music is such a mixed bag. If only the album’s incoherent 31 minutes had been condensed into a more succinct EP, we may have been in for a real treat. The Joy of Music leaves much to be desired, but Vulfpeck should be forgiven for this hiccup which fails to do justice to their previous musical pursuits. Hopefully, their next project will.