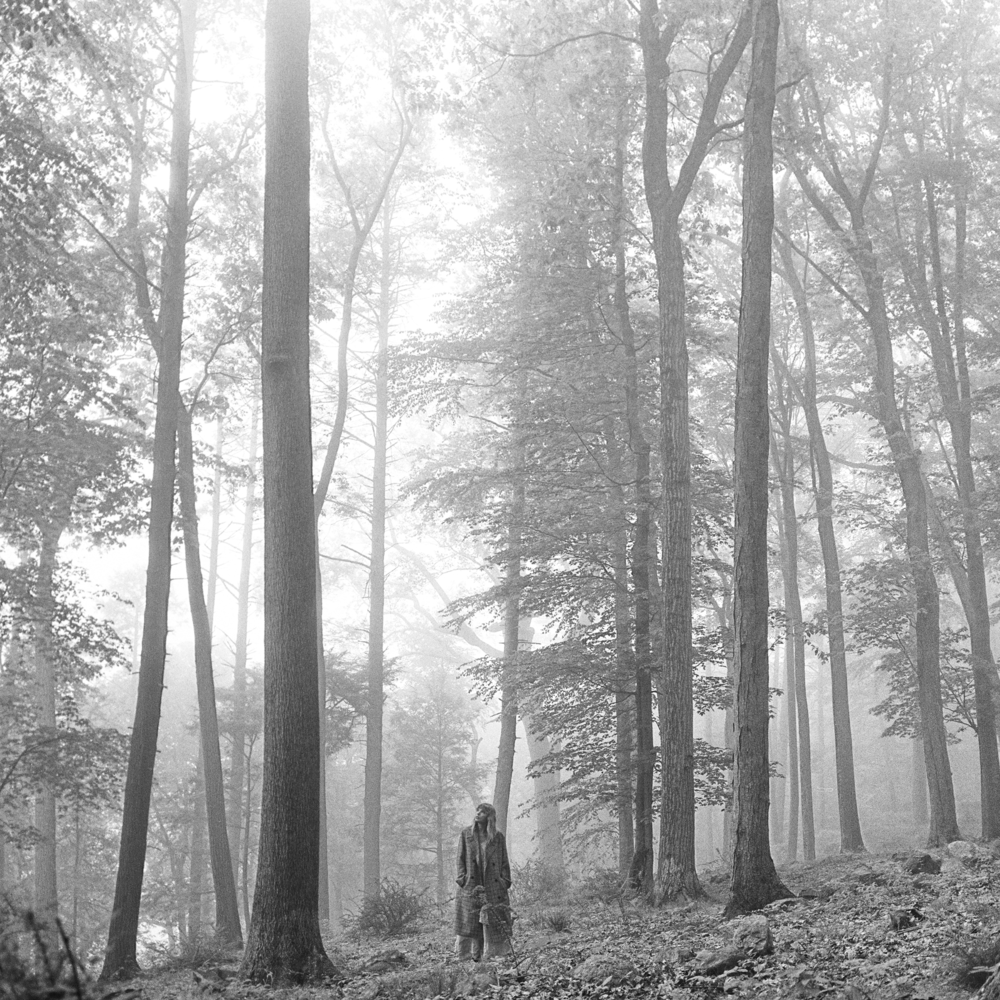 This year, Taylor Swift became the first woman in history to win the Grammy for Album of the Year three times. She’s more than proven that she can win awards, but does the release of Folklore prove that she can win back our hearts?

Past the age of about thirteen, it wasn’t cool to like Taylor Swift anymore. I can’t quite pinpoint exactly when it became social suicide to call yourself a Swiftie, but one moment I was belting out ‘Love Story’ in the P.E. changing rooms with my classmates, and the next I was starting a private session on Spotify just to listen to ‘Shake it Off’.

There has, however, been a recent revival in Taylor Swift’s popularity. At twenty years old, I’ll now put my speaker on full volume and unashamedly blast Taylor’s voice throughout my house, because, along with swathes of other people around my age, I hopped back on board the Swift train.

This happened because a friend recommended an album to me, finally feeling that she could be open about the love for Taylor that she had harboured in secret since we were about eleven years old. I was reluctant, but since I have rarely been disappointed by her music recommendations, I decided to give it a listen.

That album was Folklore. Here we are, a few months down the line, and I will admit with pride that I am a reverted Swiftie. After having discussed how great Folklore is at length with my housemates, they too can now be heard humming Taylor Swift songs as they potter about the house.

And so, I’m going to try and convince you to give Taylor another shot too.

I don’t think it’s an overstatement to call Folklore a work of genius. The clear difference from her previous work is the narrative style. Swift’s imagination ran wild in lockdown and she deviated from her usual autobiographical lyrics, resulting in the narrative of a story arc that “flowed like a stream of consciousness”. The album is written about and from the perspectives of multiple different people in a storyline constructed by Swift. Hidden within the album is a love triangle between three characters: Betty, James, and another unnamed girl, detailed in the three songs: ‘cardigan’, ‘betty’, and ‘august’, written from each of their perspectives, respectively.

‘august’ recounts the onset of an illicit affair from the perspective of the “other girl”, who is never named. She paints a nostalgic picture of an august spent on the beach with James, which slips away “like a moment in time”. Despite the romanticism in the lyrics, the other girl is aware that the summer had to eventually come to an end, referring to James as “never mine to lose”. Swift’s narrative voice gives the song a bittersweet tone, because we know the summer fling is destined to end in September.

Then, we listen to ‘betty’, written from James’ perspective. His clear regret comes through in the song, and the choruses ask Betty what she would do if he showed up at her party and apologised. He blames his youth, arguing that he’s “only seventeen”, that it was “just a summer fling”, and says that he dreamt of Betty when he spent nights sleeping next to the other girl.

I think that the greatest testament to Swift’s song writing is the fact that you can’t really hate James. She embodies him so well that the listener really understands his perspective and grows a fondness towards him. The song culminates in the final chorus, where James actually does show up at her party, and implores Betty to give him another chance. We never find out what her response is, but we do hear about the affair from the perspective of Betty herself.

‘cardigan’ was the leading single from the album and debuted at number one, detailing how Betty felt like “an old cardigan under someone’s bed”. She says that she knew James would miss her and come back to her, alluding to the night where James went back to apologise, but again, we never find out her response.

Swift left a trail of imagery in the three songs, as clues of their connection, but although these three songs nestled in the album are the most explicitly connected, you can identify an overarching narrative that runs through many of the songs in the album.

For example, ‘the 1’ can be understood as written from Betty’s perspective asking what could’ve been if James had been the one, ‘mirror ball’ could be about the dance which James refers to in his song Betty, ‘exile’ could be about Betty officially ending the relationship with James, ‘my tears ricochet’ could be the other girl detailing how their love turned sour, and so on and so forth. You can follow the breadcrumbs that Swift has left throughout the album to reveal an entire history, recounted from a number of different perspectives.

So where did Swift get her inspiration? Stuck inside for months, she used her imagination to reconstruct the story left within the four walls that surrounded her, using the voices of those that used to inhabit them. ‘the last great American dynasty’ illustrates this factual history best, describing how Rebekah Harkness, who was known as Betty, moved to a Rhode Island home, threw loud parties, and was “the maddest woman this town has ever seen”. At the end of the song Taylor introduces herself into the narrative, recounting how she bought the Rhode Island home and got up to similar antics as Rebekah (or Betty), bringing us up to the present day.

There is an obvious connection between Rebekah and the Betty referred to in the teenage love triangle – perhaps they are the same person, and Swift has reconstructed and embellished the life story of a woman to whom she has a deep connection, but has never met. Swift has never confirmed this theory, but has discussed how she had written ‘epiphany’ about her grandfather (seemingly almost to him), ‘this is me trying’ from the perspective of an addict, and ‘my tears ricochet’ from the perspective of a deceased lover’s ghost discussing the end of their relationship.

The imagery that runs through the album like an invisible string – as well as the narrative arc that many of the songs could fit into – is an invitation to listen to the whole album as a complete entity, a rare find nowadays in a Spotify-driven market. It’s the product of Folklore being a passion project, conceived and executed by Swift in lockdown without the pressure to put a record out at all, let alone one full of chart-topping pop anthems.

Swift has discussed how the media she was listening to, watching, and reading during the pandemic influenced what she wrote about, giving the album the element of escapism that the world has been craving this past year.

Despite the escapism in the lyrics, Swift harnessed the cottage core trend that swept the internet as a result of our collective house arrests in the music’s folk feel. Virtual production meant that it was a small operation, involving the founding member of the National Aaron Dessner, and Bleachers lead singer, Jack Antonoff. This led to a collection of pared back, atmospheric indie folk songs which perfectly reflected a slower pace of life. Swift was well attuned to the world around her, resulting that Folklore is the quintessential lockdown album – drawing inspiration from the outside world but drenching it in escapism.

I wouldn’t quite elevate Folklore to the ranks of a “no skip album” due to a few mediocre songs, making Folklore just miss out on a five-star review. But despite their individual mediocrity, the way that they fit into the concept album is redeeming.

So, is Taylor Swift cool again? She has certainly always been talented. After going back now and listening to her older music I think that she has always written these sorts of self-contained albums with just as complex storytelling.

Maybe it’s just that we’re not as embarrassed about the things we like now that we’re older. Maybe, free of the constraints of oppressive studios and the invasive public eye, she was able to put out the record she really wanted to.

Whatever it is, the album is definitely worth a listen, and who knows, maybe you’ll find yourself singing Taylor Swift in the shower again too.