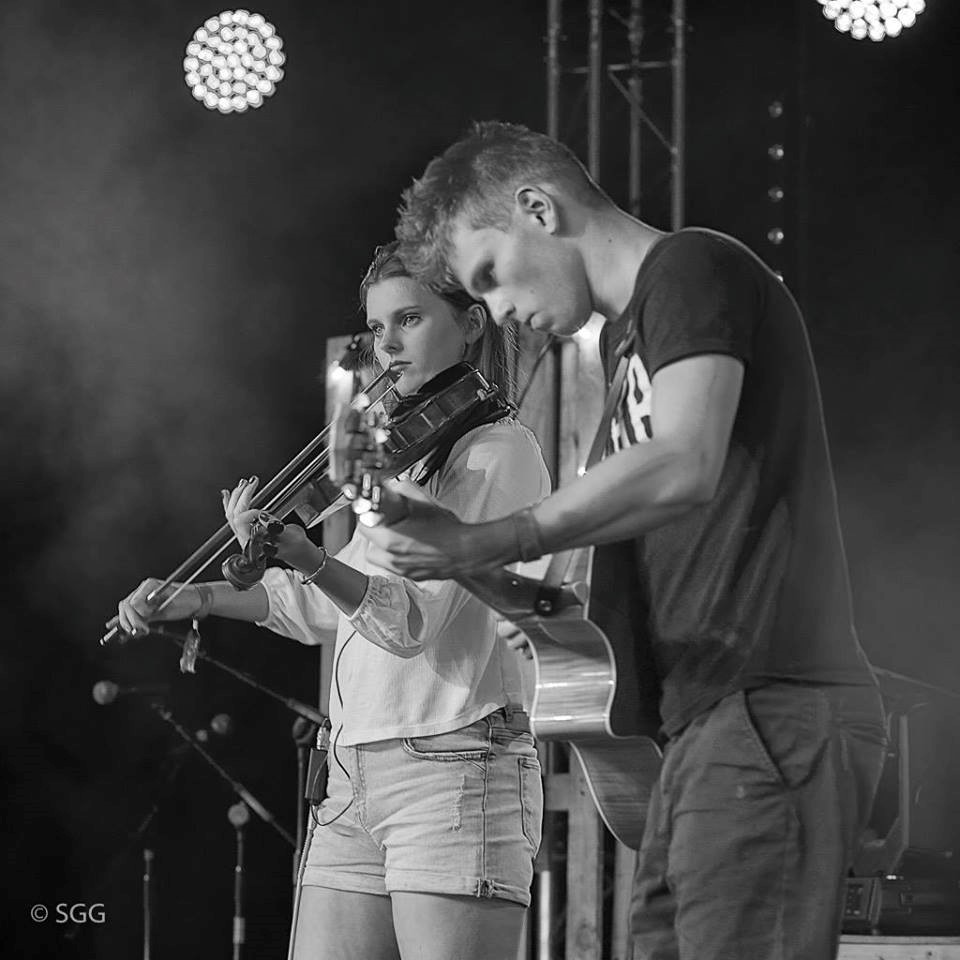 For as long as they can remember, siblings George and Holly Brandon (pictured) have been playing folk music together.

Painted Sky has only recently emerged as a duo in the UK folk scene, but their progressive, acoustic sound has already made a lasting impression. They will release their debut EP – Dawn – later this summer. A showcase of their live act, Dawn thoughtfully balances the duo’s traditional English roots with original material and interweaves exquisite instrumentals with captivating storytelling.

Both George and Holly were students at the University of York, with Holly moving on to work in the University’s Global Opportunities department and George due to graduate this summer. I can give a personal recommendation as I have lived with George for the past three years and heard him practicing on loop. Luckily, it was always an excellent loop. This is my favourite song to listen to them practice:

George (guitar/vocal) and Holly (fiddle/vocal) have both recently worked on independent projects, with George performing solo and Holly perhaps best known for being one quarter of transatlantic folk band, The Magpies. But the siblings have always been drawn back to each other’s playing, having developed a lifelong musical history together playing live at gigs all around the UK. Their festival highlights include performances at Towersey Festival, Edlefest and Thame Town Music Festival.

The EP opens with Northumbrian murder ballad, The Two Sisters, a tale of jealously and sororicide, told with poignantly exposed sibling harmonies underpinned by driving rhythms and soaring fiddle. Another homage to the duo’s traditional roots is an honest yet distinctly contemporary rendition of the famously tragic Barbara Allen. Although rooted in Celtic music, the duo draws on a range of influences, with hints of bluegrass as they segue into John Reischman’s Salt Spring in The Red Bee Set and reimagine Simon Riopel’s foot-tapping Quebecois fiddle tune L’Air Mignonne to create a borderless synthesis of contemporary folk. Originally hailing from Berkhamsted, the duo celebrate the extraordinary tale of a local legend in Peter the Wild Boy, the eponymous feral child and spectacle of the 18th Century upper classes. This self-penned anthem closes the EP in a climactic showcase of the timeless storytelling, stomping rhythms, ethereal harmonies and effervescent fiddle that characterise Painted Sky.

Dawn will be released by The Old Barn Productions in July 2020.