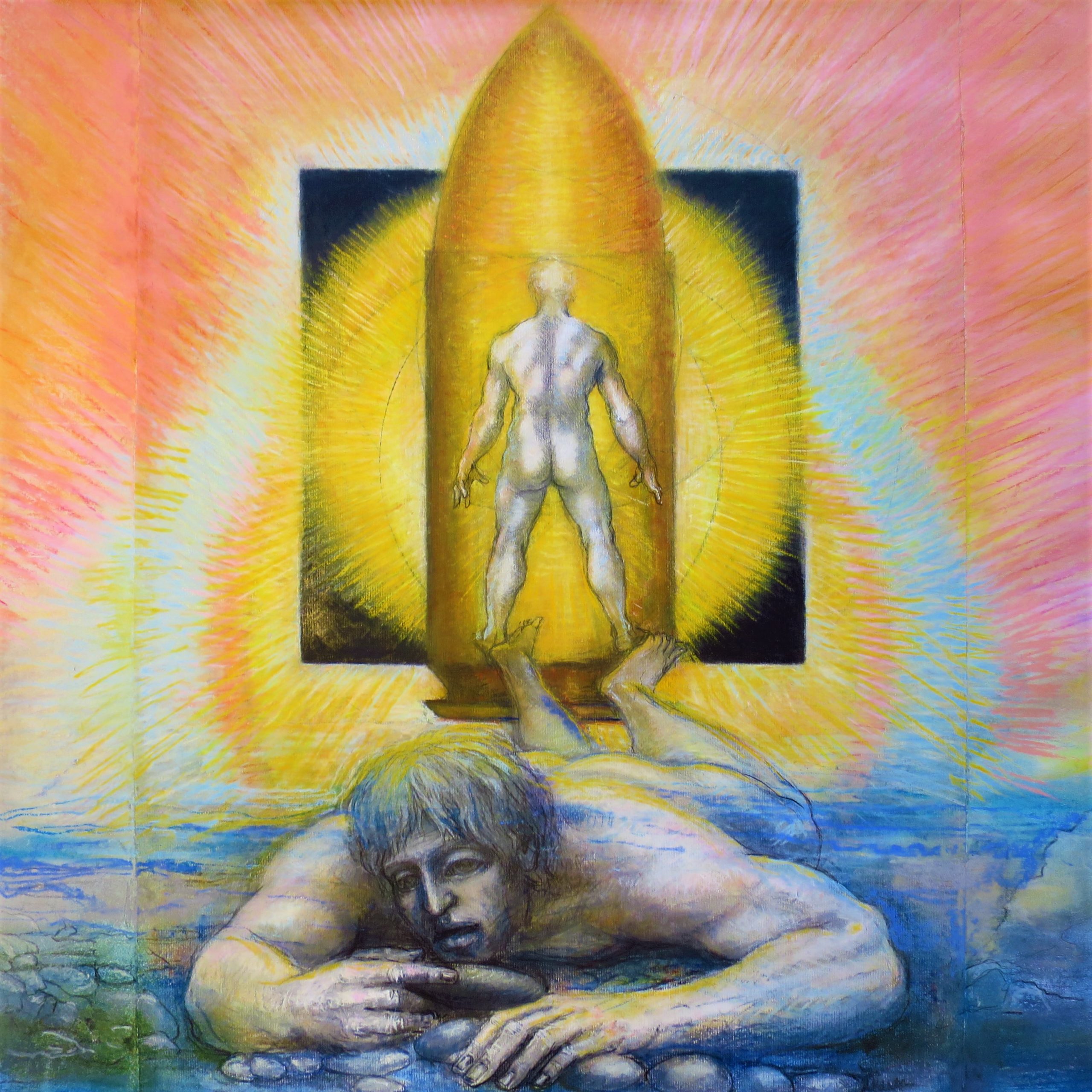 On Sunday 10 October, I hopped on the train to Manchester to see a favourite band of mine headline Gorilla. This being the sixth time I had seen them, I was looking forward to the show, but not expecting anything I hadn’t seen before, especially as the show was listed as not having a support act on their tour poster.

You can imagine my surprise then to find a different band to the one I was expecting on the stage as I arrived at the venue. An unexpected support band called Helve. And as I listened, I found that ‘unexpected’ was also the best word I could find to describe them.

From the second I entered the room, Helve snatched my attention. My ears were met by a cacophony of filtered guitars, synth, drums, and raw vocals. Each moment I watched, I became as engrossed by the music as each member of the band visibly was, never knowing where they were going to take me next. At times they stripped a song back to just the howl of Benson’s strained vocals or the repetitive twang of Vera’s guitar; speeding up or slowing down the tempo of a song at a moment’s notice. Regardless of where they took us, it was always unexpected.

Something unique about Helve is the way they masterfully make use of breaks in their songs. At times making it difficult to tell where one song starts and another ends, Helve held the audience to attention throughout. You could feel the anticipation of the room holding out on applause, each member of the audience holding their breath in case the song is about to continue. But when Helve do finally reach the end of one of their long and winding songs, they are met with the applause they deserve.

Stylistically, their music sits in that region of indie carved out by Radiohead, with albums such as Kid A and In Rainbows, which often feels closer to electronic music, at least aesthetically, with their use of synthesisers and filters. Melodically, however, their music feels far jazzier.

By the end of their set, the unexpected Helve had successfully won me over. Intrigued and wanting to hear more from them, in the last week, I have had their first single, Cabin Fever, on repeat, whilst waiting in eager anticipation of their second single, Snake and Ladders, which dropped on Friday.

I will certainly be keeping my eye out for when they are next playing live and in the meantime, I would highly recommend giving them a listen on Spotify or Apple Music, as well as following them on Instagram to keep up to date with all they’ve got going on: @helve___.

2 thoughts on “One Helve a Gig”