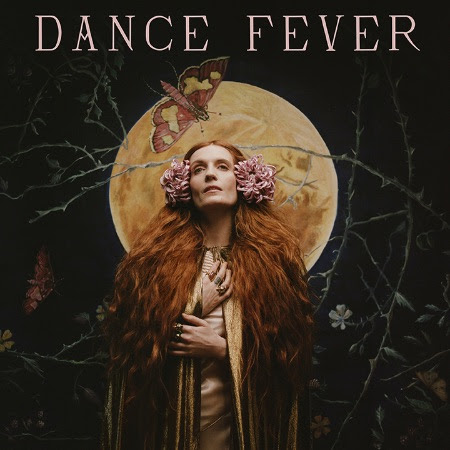 Whilst Florence and the Machine is a mainstream artist, I love that her work is so different to other pop artists who appeal to charts and clubs. Whether it be the strong female vocals, allusions to ancient mythology, or themes of religion, sex, art, and morality, her work maintains a distinctive “Florence-ness”.

There are the classic hits everyone knows, such as “Dog Days are Over”, “Kiss with a Fist”, and “You’ve Got the Love”, which regularly make it to the radio, as well as tracks such as “Wish You Were Here” and “Call me Cruella” which feature in Miss Peregrine’s Home for Peculiar Children and Cruella respectively. Though every time I hear a straight guy say he likes “Spectrum”, which he has undoubtedly heard in Kuda, I die a little inside.

After High as Hope was released in 2018, my friend and I vowed to see Florence and the Machine live on her next tour. Enter a pandemic and four years of listening to “Moderation” on repeat, Dance Fever, the artist’s fifth studio album, was released on May 13, 2022.

Earlier this year, we were teased by release of “King”, “Free”, “Heaven is Here”, and “My Love”, as well as an intimate show which sold out in less than a minute. Following this, the Dance Fever UK tour was announced, and “King” became the soundtrack of our lives for a good month.

Produced by Florence Welch, Jack Antonoff and Dave Bayley, Dance Fever boats 14 tracks, including “Girls Against God”, “The Bomb”, and “Morning Elvis”. Much like previous albums, the tracks seem to tell a story when listened to chronologically. There are some songs, such as “Restraint”, which are much shorter, and others, such as “Prayer Factory” and “Cassandra”, which feel as though they are two sides of an opened door.

I couldn’t begin my discussion of this album without first mentioning this whirlwind of a track. Described as a “meditation on womanhood, family, femininity and the subverting of expectations”, “King” is just perfect. With strong lyrics, a simple beat, and even stronger vocals, Florence really knew what she was doing releasing this track a month before the full album.

“Free” is easily the most upbeat track of this album, boasting an incredibly well-choreographed music video featuring Bill Nighy. The lyrics discuss her anxiety, and how music provides an escape from it all.

“Girls Against God” is a much slower track, featuring guitar backing and melancholy lyrics which feel almost confessional. The ending of this track is particularly interesting as the lyrics fade into the sounds of sirens, crying, and footsteps approaching. The track ends with the lines “I met the Devil/ you know, he gave me a choice/ a golden heart/ or a golden voice.”

This track is very recognisably Florence and the Machine, with a sound reminiscent of “Seven Devils” and “Call me Cruella”. Sexual power is explored, along with fantasy, Freudian philosophy, and virtue.

This track is a close contender for my favourite song of the album. The blunt beats between lyrics “break me, shake me, devastate me/ come here baby” encapsulates the intensity of loving someone.

This is my favourite track of the album. It explores the challenges of sobriety, as well as containing some of my favourite lyrics, such as “I think the King would have understood”, “but the calm, it always comes/ in the songs, like children/ begging to be born”. The song plays like a response to “We Can Make the Morning” by the King himself, as well as incorporating similar lines to “Only if For a Night”.

The Dance Fever tour is set to take place in November across multiple venues, stopping off at First Direct Arena, Leeds.