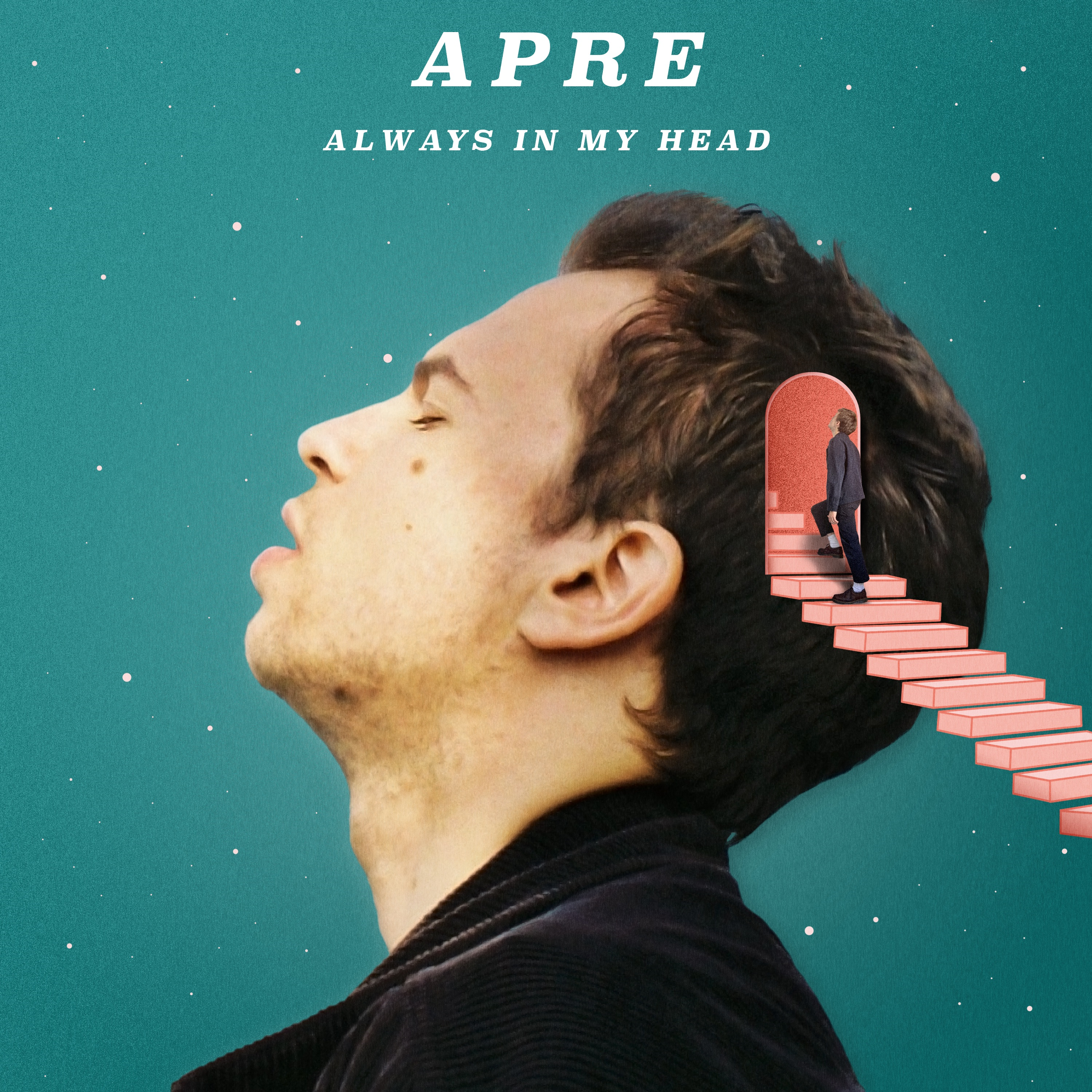 The album’s first track, ‘Bad Boys’, opens with a shimmering note punctuated with rude, urban drums, and anxious, soaring vocals. The key elements of the album are laid bare in the first ten seconds: an impressive feat, considering the ambitious theme of escapism that it seeks to tackle. In a time of lockdowns, political turbulence, and monkish self-reflection, APRE delivers a polemic into the nature of what occupies our thoughts, while borrowing from a variety of genres – some more unique, others well-trodden.

As a whole, this release sheds some light on the world of APRE. Formed in a West London chess club, they found creative growth in the clash between such an innocuous, timeless setting, and the tumultuous reality of the outside world. Hailing from Kent, APRE’s Charlie Brown and Jules Konieczny can be said to represent the core of alternative pop through their suburban youth, experimental sound, and cynical approach.

One track on the album stands head and shoulders above the rest: ‘Without Your Love’, released as a single back in September, delivers its message with the force that 2020 demands. A climbing bassline reminiscent of a sped-up Police hit, ‘Every Breath You Take’, perfectly compliments the song’s pacing and style, with piercing vocals recounting a story of a relationship on the brink of ending, shadowed by a deep and ironically flippant “I don’t think I like this”, repeated throughout. The song’s DIY production adds a great deal to its impact, with the music closely reflecting the writer’s narrative, and their place in the London alt-pop scene. ‘Is That Really What You Live For?’ brings similar credentials to the alt-pop duo by mirroring the catchiness and crisp sound of some of their contemporaries, while also making sure to stand out through a keyboard that accentuates the song’s rhetorical question of whether we find meaningful purpose in what we do.

However, some tracks on the mini-album fall victim to the same trap that has troubled indie music across the last decade. In pursuing a more ascendant sound through the combination of side-lined vocals, and echoing synthesisers, it just sounds boring. Particular offenders are ‘I Know I’ll Find It’, ‘Hello’, and disappointingly, the title track. Each of these songs attempt to dramatically soar through the heady heights of escapism but are unfortunately sabotaged by poor mixing, which displays neither the talent of the vocals nor the instrumentation on offer. Instead of landing satisfying crescendos or erupting into memorable verses, these songs never quite get off the ground, and fade out without lasting impact. Always In My Head finds some redemption in the use of a choppy, and eclectic instrumental break that borrows heavily from The 1975’s iconic staccato style, but is swamped soon enough by the return of a murky vocal track.

The mini-album effectively showcases APRE’s strengths, but also their weaknesses. Setting out to both ponder and uplift, its vocals raise interesting points of reflection, while sometimes blending techniques that underline the ethereal exploration of our inner thoughts, and the crazed reality we find ourselves in. On the other hand, disappointing mixing on at least 3 of the 8 tracks detracts from the vocal skills of the duo.

Instrumentally, a similar issue is found: for every punchy guitar riff and every satisfying beat that is achieved, a rising synth fizzles out. Lyrically, the album goes down well at a time when we find ourselves questioning our identities in isolation like medieval hermits, but such lyrics aren’t consistently delivered across the tracks.

The mini-album is split between a mediocre headiness, and an alt-rock sound that reminds me of Kaiser Chiefs’ latest work, but this brings confusion rather than breadth to the track listing.  I would recommend it to fans of the genre, but it may be worth waiting to see which of the album’s two styles the artists eventually follow through with in the future.