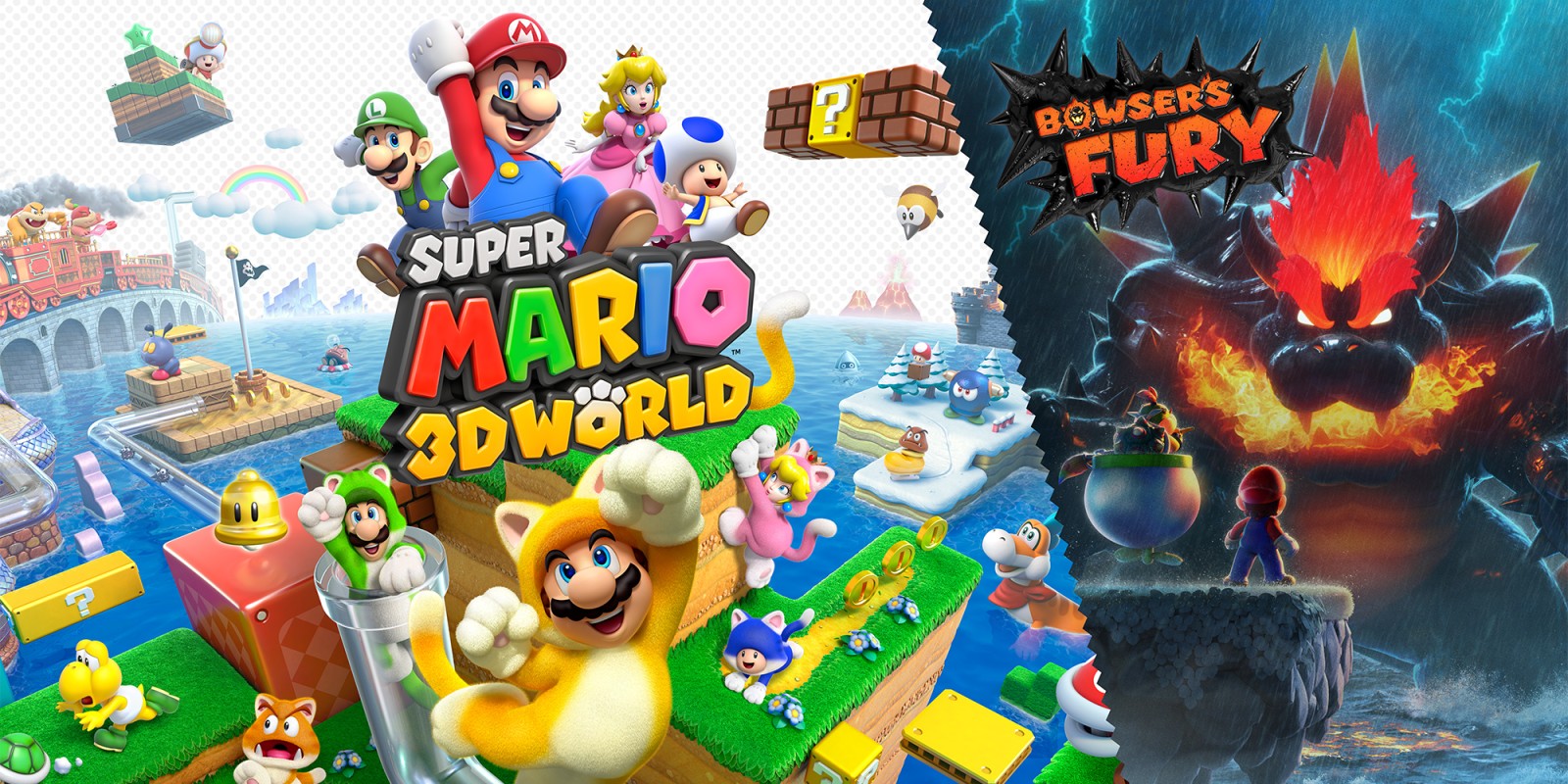 If I played Super Mario 3D World when it was released in 2013, I don’t think I would’ve enjoyed it.

The Wii U had just released to worldwide confusion, sporting a clunky gamepad, a price that was far too high, and confusingly high-profile launch titles as Skylanders Giants, Epic Mickey 2, and New Super Mario Bros. U.

Super Mario U was the fourth game in the New Super Mario Bros series, sporting the same art style, same level design, and same mechanics. Although Nintendo touted it as ‘the first Mario game in HD’, it looked practically identical to its last instalments on the 3DS and Wii. The 3D Mario itch was last scratched in 2011 by Super Mario 3D Land: a neat handheld concentration of the Mario formula, which emphasised the three-dimensional capabilities of the 3DS. Before that, in 2010, Super Mario Galaxy 2 on the Wii refined and expanded Super Mario Galaxy’s themes and design ideas. The last truly original Mario entry was Super Mario Galaxy in 2007. By this point we’d become well accustomed to each Nintendo console coming with its flagship 3D Mario game, and we expected as much from the Wii U. In some ways, we thought it would be its saving grace.

Then, 2013 rolled around, and E3 along with it. Nintendo was poised to reveal their brand new 3D Mario game. What fresh idea would they bring to the table? What new way of using the gamepad were they going to give us? Where was Mario going to go next?

Just some sort of console version of the simplified handheld game they just released? A cat power-up? The same, played out, boring locations: green hills, sand zone, underground, underwater? Is that it? Any interest in the game was dispelled almost instantly. This was not the 3D Mario we’d come to expect, with fully realised, explorable, complex worlds, and innovation bursting out the seams. The New Super Mario Bros. virus had spread. We were starting to worry that this was what Mario would become – endless revisions of the same basic, boring formula.

Thankfully, this all changed after the release of Super Mario Odyssey in 2017. This, finally, was everything that fans had been asking for and more. Now, with the hindsight that this 2017 release has afforded, I can look at Super Mario 3D World with clearer eyes, without thinking about it as an awful sign of what Mario might have to come.

Super Mario 3D World is Mario’s most efficient and most polished outing ever. It trims every ounce of fat from its predecessors, leaving the core of great Mario gameplay: responsive movement and excellent level design. It does cut a lot of Mario’s more complex mobility mechanics (the triple jump and dive are completely removed, and the backflip and somersault are reduced to flourishes), but does so in service of tighter, less traversable levels that push for new gameplay features rather than player-driven freedom. And that’s what 3D World is all about: levels.

Every single level introduces a new way to play. Double Cherries, Switch Scrambles, Propeller Platforms, Chain Link Walls, Switchboards, Ice Skates: the separation of the levels, rather than a large open world, allows each one of these concepts to be developed in isolation. They are all interesting, dynamic, and just plain fun. And that’s what Mario has always been about. 3D World also perfects how to introduce these mechanics. Mark Brown’s excellent video on 3D World’s level design illustrates this brilliantly:

Super Mario 3D World feels like the designers’ attempt to reconcile the best bits of the 2D and 3D games into one complete package. Sadly, I don’t think that they were entirely successful. What the game does gain with careful and concentrated level design, it loses with the complete lack of a connected world or any motivated exploration.

Thankfully, Nintendo’s designers seemed to know this themselves, and they finally perfected the formula with the release of Bowser’s Fury. Last year, as part of Mario’s 35th Anniversary, Nintendo announced a rerelease of Super Mario 3D World on the Switch, with a mysterious DLC attached to it called Bowser’s Fury. This add-on is not just a pack of extra levels or a legendary Luigi skin in a loot box, it’s an entire extra game (albeit a short one).

Bowser’s Fury sees Mario transported to another world where Bowser, now as a kaiju-like beast, is wreaking havoc – much to the dismay of his son and your former enemy, Bowser Jr.. So, you have to team up with him to take down Bowser. You do this by collecting enough Cat Shines to activate the Giga Bell, which turns Mario into a giant Super Saiyan Cat thing.

The crowning achievement of Bowser’s Fury is its ability to combine the linear, reach-the-flagpole level design of 2D Mario games with the wild and untethered exploration of 3D ones like Odyssey or Sunshine. It does this by nestling these pockets of levels inside a surprisingly massive open world. Walk through a cat door (it’s worth saying at this point that everything in this game is a cat, from the fish to the grass) and you’ll be greeted with a subtitle, showing you your objective, and an obvious path to the end of the section.

This game, like 3D World, is a masterclass in introducing and implementing gameplay mechanics. A lot of stuff is reused – ice skates and switching platforms to name two – but in entirely different contexts. Now, you have to skate down a steep hill rather than across an ice rink, and use switching platforms to dispatch enemies instead of getting across gaps. The designers are adamant on squeezing every last bit of potential from every single thing they include.

At semi-regular intervals, Bowser will pop up and start to throw a barrage of fireballs and rocks at you. This cranks up the intensity for a few minutes and allows you to access some areas that you wouldn’t normally be able to. It also pushes you to pick up a shine, since collecting one sends Bowser away until he’s next feeling angsty.

If Super Mario 3D World brings Mario back to its roots, Bowser’s Fury might show the franchise’s future. Mario has been divided into the ‘course clear’ games and the ‘open world’ games since his first foray into 3D on the Nintendo 64, but this game might be the first that can have an equal foot in both camps. If you’ve been feeling the Mario drought lately, and never picked this up on the Wii U (don’t worry, no one else bought one either), this game is well worth your time and money.