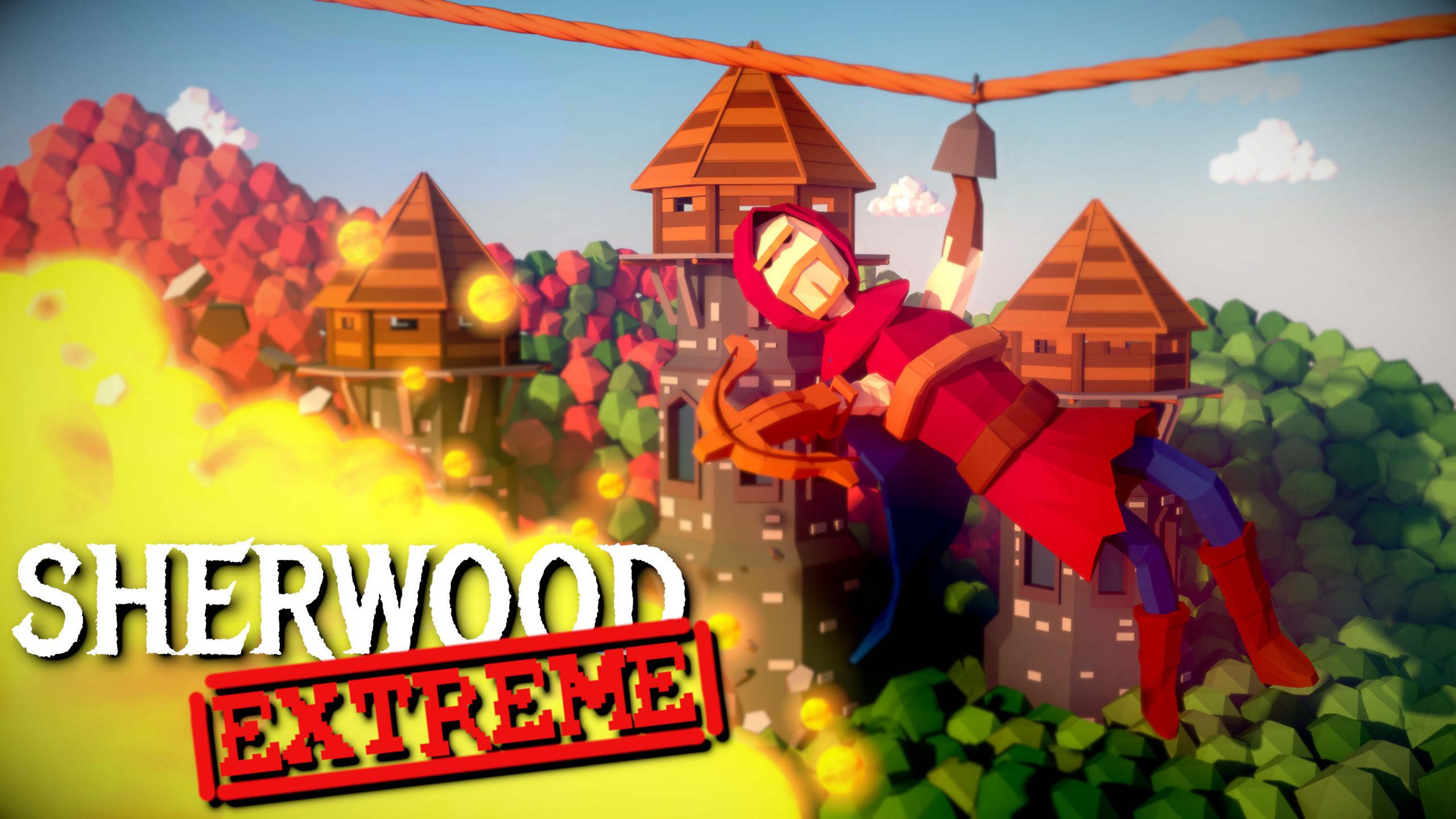 Legends state that when Miyamoto and his team started designing Super Mario 64, they spent months designing and fine-tuning Mario’s movement before they made a single level.

Their aim was to make the movement so responsive and so fluid that it was fun to simply control Mario in an empty level.

While Sherwood Extreme isn’t on the same level of groundbreaking, it is immediately obvious that the designers approached the game with the same care and attention to detail; flipping and swinging across the admittedly generic looking low-poly environments feels absolutely great.

Holding right click as you jump into the air will slow down time, allowing you to precisely aim at goblins and barrels whilst maintaining the momentum and speed that you’ve built up thus far. This means that you can pull off really impressive combos – blowing up an airship from below, headshotting a miniboss, blowing up a string of enemies – in seconds of game-time. It also shares some of the same design philosophy as the new DOOM games, with enemies and levels that challenge you, forcing you to move and weave between obstacles in thoughtful and inventive ways.

The core gameplay loop – starting a level, killing goblins, pulling off combos, getting your time, doing it again – is intensely satisfying and always has you coming back for more. It’s great for those who are more inclined towards the speedrunning scene, as the movement and level design has a lot of nuance below its voxel-based surface. This encourages you to keep coming back to levels to improve on your mistakes and whittle down your times. The competitive-minded will be spurred on by global leaderboards that sit next to the level entrances. This is all helped by the punchy and exciting soundtrack, with influences from medieval ballads to dubstep.

The game is completely free. It doesn’t waste your time and money with insidious pay-to-win schemes or meaningless upgrades. It’s all killer, no filler. If you’re playing on PC, you have practically no reason not to pick it up.