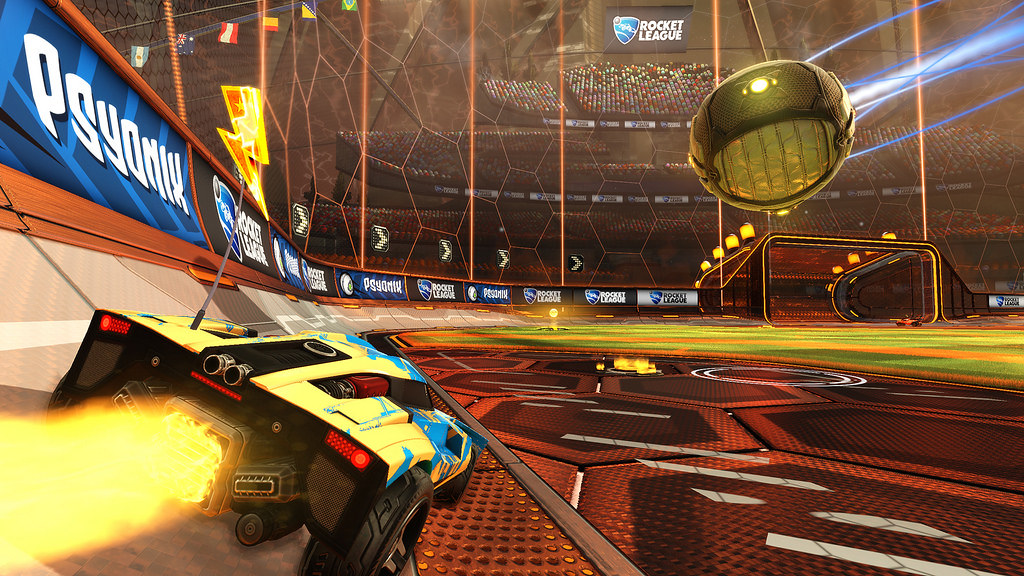 The model of Games as a Service – referring to games that operate without initial purchasing costs, and make their profits on subscriptions or in-game purchases – has taken over the industry overnight. Games have become interactive environments, which change, develop, and improve over time. This sort of strategy allows for higher player engagement (and economic investment) with less input from developers. Rather than reinventing the wheel every year with entirely new entries in a franchise, studios can throw in a couple of skins and an event each month and keep players hooked.

It’s not surprising then that Rocket League, after five years on the market as a paid experience, made the switch to Free-to-Play on 23rd September 2020. It’s even less surprising when you remember that they already had a massive infrastructure of skins and paid upgrades, leaving them with very little risk on the business end of things. What’s great for you, the consumer, is that now you can download and play to your heart’s content, on whichever platform you want! It’s got a great cross-play system, meaning that you can play from your Nintendo Switch or PS4 with your friends on PC and Xbox, and vice-versa.

The premise of Rocket League might be well described by the title of the game’s predecessor, Supersonic Acrobatic Rocket-Powered Battle-Cars. There’s not a whole lot of battling, but you’re definitely a car. I wouldn’t call you supersonic, or really that acrobatic, but you’re definitely a car. You are rocket-powered! But you’re mostly just a car. It’s no surprise that the original title got a lot of criticism when it was released in 2008.

New tact: It’s football with cars. That’s the game. You’re a car … and you play football. With other cars. You sort of hit the ball with the hood of your car and try to knock it into a goal. And score points. Like football. But with cars.

I really suck at Rocket League. I’m so awful. I spend every game wildly trying to reclaim some control over my car as it spins in circles or starts driving up the wall, and try to stop myself from knocking the ball into my own goal. Amazingly, this experience isn’t completely soul crushing. The completely revolutionary reason for that is that everyone else sucks too.

I don’t know if Rocket League is a hard game, or an easy game with hard controls, or a hard game with easy controls, or something in between, but the level of skill it takes to actually do something cool or even just competent is impossibly high. This means that whenever you do accidentally pull off something cool, like scoring a goal upside down or knocking the enemy out of your net at the very last second, it feels insane. You’d be hard pressed to find dopamine rushes like that in a lot of games. The high skill ceiling also means that you can hop on with relatively little gaming experience and find yourself just as competent as most of your teammates and enemies, making it a great party game. You’ve heard it before: easy to pick up, hard to master.

When it first released in 2015, Rocket League wasn’t much apart from its premise. Football with cars is really fun, but only up to a point. Really solid online matchmaking lengthened the playtime, but there wasn’t much content to really sink your teeth into. 2021’s Rocket League tells a different story. The competitive modes (1v1, 2v2, 3v3, and 4v4) are as strong and well-executed as ever, but are now complemented by an array of supplementary modes and minigames. ‘Snow Day’ substitutes the ball with a hockey puck that slides rather than bounces, ‘Rumble’ chucks wacky power-ups into the fray to be played and experimented with, and ‘Hoops’ replaces the goal with (you guessed it) a hoop, which you have to bounce the ball up and into. These modes, which are also all available online, add some much needed longevity to the game.

Rocket League is a rare case of a really cool premise being executed really well. Although it took them a couple of tries to really get there, Psyonix have struck absolute gold. I still wish it had a bit more meat on its bones, but I think that’s a symptom of sports games rather than a flaw in their design. It’s completely worth downloading on whatever platform suits you, now that it’s free.

All pictures sourced courtesy of www.rocketleague.com.