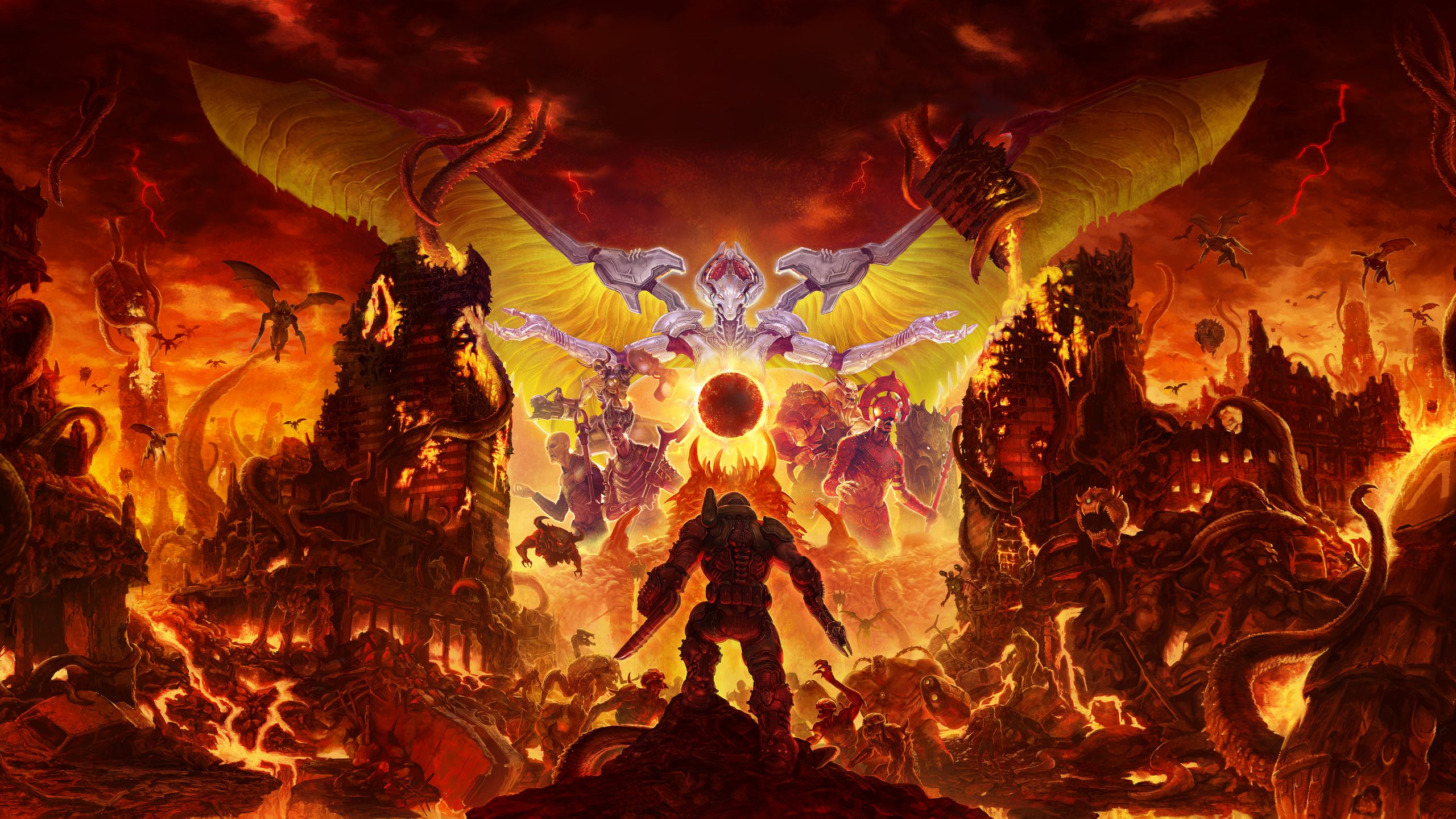 There’s been a trend in modern big budget games towards letting the player decide how to have their own fun.

Some larger studios like Rockstar, CD Projekt Red, and Ubisoft have been consistently designing huge, open, sandbox-style games filled with tons of interlocking mechanics and minigames to play with. Load up a game like Bethesda’s Fallout 4 and find yourself overwhelmed with skill trees, role-playing, different combat styles, puzzles, crafting systems, base building, character creation, dialogue options, complex movement, and so on and so on.

On the surface, this sounds great. There’s always been a concern, given the high price of video games compared to other media, with getting what you pay for, and more content necessarily means more value. Ubisoft’s latest output, the sprawling Immortals: Fenyx Rising, is a 100+ hour game with a 30 hour campaign, meaning that a huge variety of people can get exactly what they want out of it. Players looking for a concise, linear story can get just that, while the completionists, who get that kick of ‘fun’ from checking off items on an achievement list, can exhaust all the collectibles and missions. It’s some really inclusive design.

However, this design philosophy also has the potential to tire and confuse. These games are designed in such a way that players can choose not to engage with a mechanic without facing any consequences. This leaves these systems feeling inconsequential, empty, and boring. In addition, any investment into one mechanic means that the player has to alienate themselves from another, because it’s simply not possible to keep 6 or 7 different objectives in mind at the same time when exploring a game world.

It’s also practically impossible to make every mechanic equally enjoyable with a limited budget and limited time. A lot of them are reduced to dull menus, like the crafting in Skyrim, or the enchanting in Skyrim, or the armor system in Skyrim, or the weapon upgrade system in Skyrim. Fun can also be manipulative, and game designers, with the pressure to constantly include more content, turn to recycling simple content that gives players instant gratification and reinforcement for completing nothing more than menial tasks, echoing compulsively addictive mobile games like Candy Crush or Clash of Clans. The designers put the onus on the player to find what’s fun, which is generally a pretty intuitive process: it makes sense that you end up veering towards the things that you enjoy.

DOOM Eternal doesn’t expect you to find what’s fun, because it knows what’s fun, and every decision it makes is made to encourage you to play in a way that will be fun. Where the DOOM Eternal designers have identified this is in the rush of pure adrenaline you get when it finally makes sense, when you instinctively understand exactly how to use the vast arsenal at your disposal to take down seemingly insurmountable odds. When you know to headshot a Seraphim to make it erupt in a neon confetti of health and item pickups, shoot off an ice grenade to slow a charging Demon, pop off the cannons off a Mancubus before blood punching it to take it out, and sticky bomb a Cacodemon to stagger it so you can finish it off with a glory kill; all whilst dashing, double jumping, and swinging about on monkey bars. It makes you feel like a complete badass (helped by the punchy and aggressive soundtrack from Mick Gordon).

It also sounds completely stupid. DOOM Eternal deliberately indulges in the violent maximalism of video games that has been constantly misinterpreted and parodied in pop culture. You don’t just shoot a demon: you blast its flesh off (which also helps as a clever indicator of how close an enemy is to dying, making your weapons feel powerful despite the really high health pool of the demons). You don’t just pick up health: you have to chainsaw through hordes of cannon fodder that explode shiny blue healing pickups. This is all done with a goofy flair that acknowledges and celebrates the absurdity of its setting. Throughout the world you can find little collectible toys that your avatar, Doomguy, will pick up and lovingly fistbump. On returning to your hub (the Fortress of Doom) you’ll find the toy displayed in a cabinet, next to electric guitars made out of battle axes, a portrait of Doomguy holding his beloved rabbit Daisy, open pizza boxes, and magazines like Demonology Today.

That self-aware humour comes through most clearly in the cutscenes and brief slivers of story. Doomguy is hilariously unconcerned with the world-ending consequences of his actions, ripping and tearing his way through the lavish set-pieces with barely a grunt. It’s even funnier to watch the other characters scold you for your recklessness: “You can’t just shoot a hole in the surface of Mars!” (an actual line). The game does fall short of its predecessor, 2016’s DOOM, in its small attempts to solidify some of Doomguy’s lore. DOOM’s version of the protagonist succeeded because of his mythical and elusive characterisation: we didn’t know a single detail about the character apart from his passion for violence, and Eternal’s decision to both show his face and elaborate on his backstory inadvertently takes something away from his legendary image.

A game like DOOM Eternal desperately needs variety – something to break up the pace in between the white knuckle gunfights – and the platforming sections offer this, while cleverly helping you to learn movement mechanics that will become indispensable in combat. These sections also let the designers open the scope of the world, since your dashes and jumps allow you to travel through massive, beautiful maps quickly and easily. Combat-based movement has been hugely improved from DOOM 2016 with the addition of a feature that literally every game should have: a grappling hook (remember Just Cause 2?). You can now lock on to an enemy with your shotgun and pull yourself towards them, helping you to both get away from sticky situations and get up close to enemies so that your shotgun does maximum damage.

I have admittedly praised the exhilarating gameplay to a fault, but it’s not quite all sunshine and rainbows (or hellfire and damnation if that’s more your sort of thing). It does, unfortunately, come at a cost, and a big one at that. DOOM Eternal is really hard. Annoyingly hard. I played the game on Nightmare (the difficulty that the designers said the game is best played at) and found myself retrying stages over and over and over again, to the point where my housemates messaged me about the strings of angry swear words coming from my room. You really come to just despise some of the enemies. The Marauder is an especially difficult inclusion, only allowing you to attack at a very specific moment and from a very specific distance, forcing you to completely change how you play the game. It’s like the designers chucked a Dark Souls boss in the middle of an already tense firefight and told you to suck it up. What this crushing difficulty does do is make that final moment when you clear a stage completely amazing, because you know that you’ve cleared it because you have measurably improved at the game. You got good!

DOOM Eternal combines a lot of the great things about modern and classic game design. It takes the difficulty and relentlessness of old score based shooters and arcade games and reintroduces them to a fresh audience with enhanced graphics, movement, enemy design, and music. It’s one hell of a game.