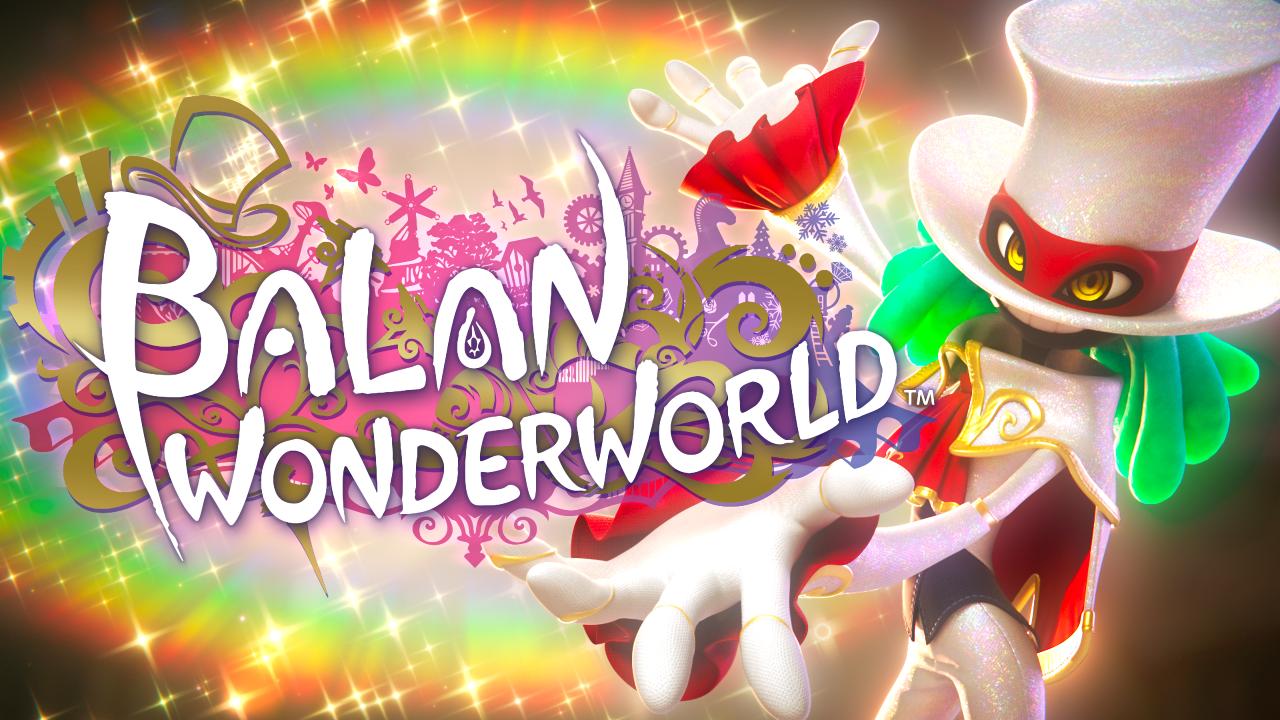 When you discover that each level of Balan Wonderworld ends with one of these nightmarish dance sequences, you know you’re in for something really special:

This game is the belated brainchild of Yuji Naka and Naoto Oshima, the lead programmer and lead artist for a little known game from the 90s called Sonic the Hedgehog. In a lot of ways, this game shares a lot of its DNA. A lot of the characters have the eye-catching, edgy, cartoonish features that made Sonic and his crowd so distinctive. Balan, the titular character, especially has a really fun design, with a long-limbed, burlesque outfit, and top hat that melts into his face.

The game also takes a lot of inspiration from one of Naka and Oshima’s later projects, Nights into Dreams, which follows two kids who enter a bizarre dream world where an evil overlord is sapping “dream energy” from sleepers in some sort of effort to take over the world. Balan Wonderworld has a pretty similar plot. Two kids (I can’t remember their names) are unhappy: one is breakdancing and then is upset about that, and another is in a big expensive house and is upset about that. They follow a Tim (these admittedly cute rabbit/bird hybrid furballs) down an alleyway into Balan Wonderworld – some sort of casino or theatre building where they are greeted by Balan and then sent into some alternate dimension. And then the game starts!

This game is awful. It looks awful, it sounds awful, and, most importantly, it plays awful. It is insultingly designed, tedious, lazy, and disrespectful to the player.

Balan Wonderworld is a 3D platformer that revolves around picking up costumes to gain new powers – similarly to how Mario captures enemies in Super Mario Odyssey to gain new abilities. It boasts the unique selling point of 80 costumes, each with a different power, to find and use to progress. Whilst this sounds decently fun on the surface, it is completely marred by two glaring issues.

Firstly, Balan Wonderworld is a one button game. Without a costume equipped, all you can do is jump. Every single button – A, B, X, Y, LT, RT – is jump. That’s it. This means that when you get a costume that has an attacking ability, like a dragon that shoots fireballs, you can no longer jump. If you equip the Lovely Lantern costume, the only thing you can do is turn your lantern on and off. I cannot bring myself to imagine what could have motivated this design decision. To argue that its target audience of young children require a simple game is offensive. Any child old enough to use a controller can fathom the concept of pressing more than one button.

Or, ok, let’s take Box Fox. Box Fox is a special one. Box Fox turns the player into a box. But, to allow the user to jump while Box Fox is equipped – since they cannot assign the box transformation to a different button – the costume turns you into a box randomly. You can be in mid-air, jumping over a gap, and the costume will turn you into a box and you will plummet to your death.

The level design is boring and slow. You progress by collecting statues of Balan. The game does not tell you that you progress by collecting these statues of Balan. It does not tell you how many you need to collect to progress. They are also very well-hidden, and take a very long time to find, often requiring the use of costumes from other levels.

There are also these egregious “Balan Bout” sections in which the player has to watch Balan fly about and kick things, and press A when they are told to. These are copy-pasted into every level, and seem to get longer and more boring as the game progresses.

The graphics are terrible. They look like something from the PS2 era of 3D platformers. Textures are muddy, and models are fringed at the edges. Assets float about in the sky as if dropped in there by rushed level designers. NPCs literally disappear as you approach them.

When compared to contemporaries like Crash Bandicoot 4: It’s About Time, or the soon-to-be-released Ratchet and Clank: Rift Apart, it is inconceivable that Square Enix had the audacity to charge £60 for this game.