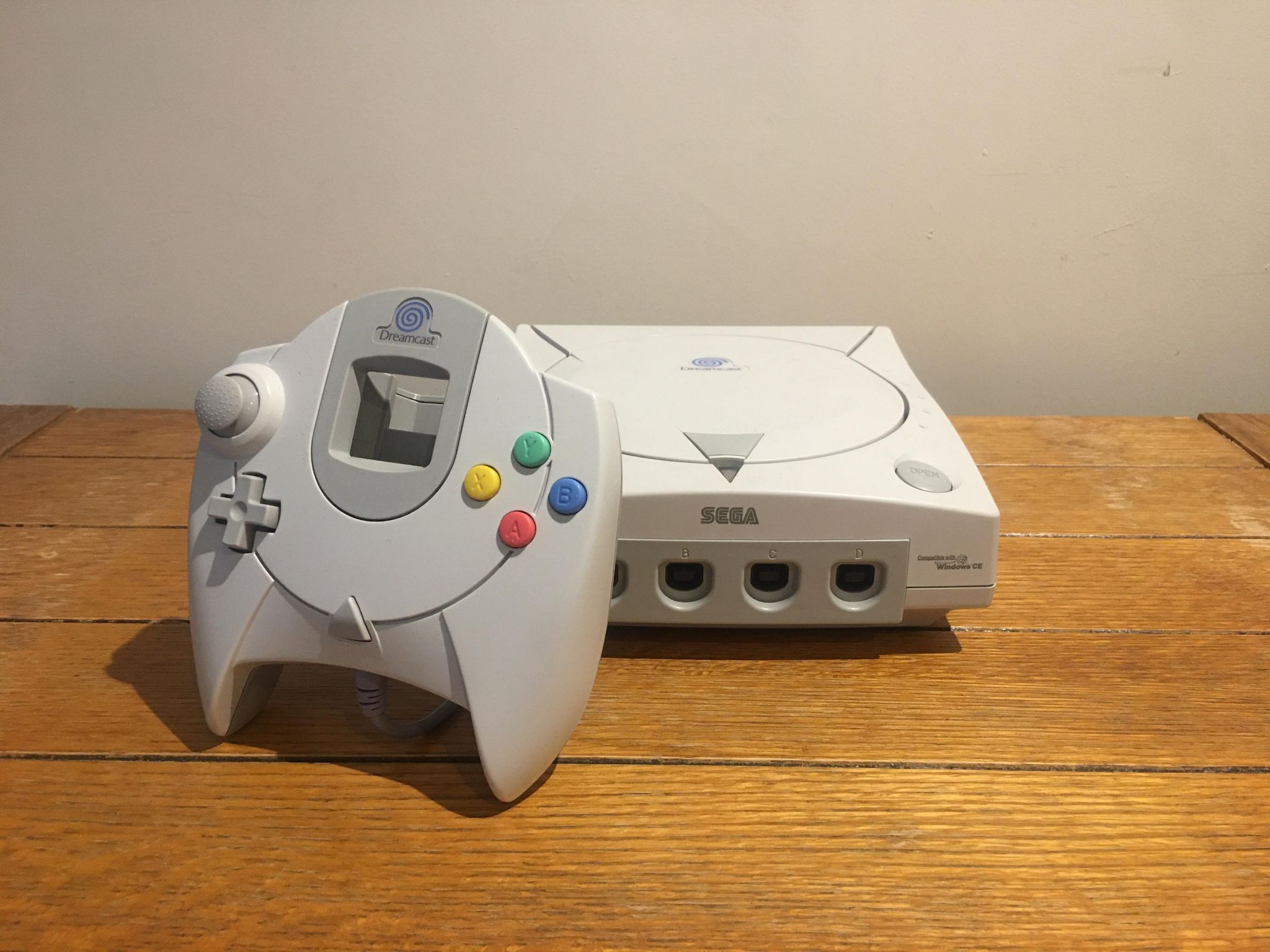 The Dreamcast, released by Sega in 1998, was the final home video game console released by the company with such iconic IP as Sonic the Hedgehog, Crazy Taxi, and Shenmue. The console was the first offering from the incredibly popular sixth-generation era; it had great graphics, a decent library of games, and even online gaming capabilities, so where did it all go wrong?

The Dreamcast, released in Japan in 1998 and worldwide in 1999 was Sega’s sixth-generation home console offering, succeeding their fifth-generation console, the commercially unsuccessful Sega Saturn. Whilst the Saturn damaged Sega’s reputation, the Dreamcast was well received both critically and commercially.

Despite this, the console was undoubtedly a victim of the popularity of its competitors. The sixth-generation era featured the Nintendo GameCube, the Microsoft Xbox, and the best selling console of all time: the Sony PlayStation 2. Despite having the second lowest launch price these consoles (£199.99), the Dreamcast sold only 9.13 million units, less than half that of the GameCube or Xbox and only 5.8% of the PlayStation 2’s 155 million units.

The Dreamcast’s inability to play DVDs and the hype surrounding the launch of the PlayStation 2 in 2000 (a system that could) is often credited with halting the early sales momentum of the Dreamcast, with sales of the system declining following Sony’s announcement in mid 1999. Poor sales lead to Sega suffering a third consecutive net losses of over $400 million, and on January 31st 2001, Sega announced the discontinuation of the Dreamcast after only just over two years, and their retirement from home console hardware development.

Despite having an unsuccessful and short life, the Dreamcast is an excellent system with some great games, notable titles include, Jet Set Radio, Souledge (Soulcalibur), Sonic Adventure, Shenmue, Power Stone, and the original 2K sports games. Beyond the games mentioned, the system has a library of 624 games so there is definitely something for everyone.

The Dreamcast controller was based upon the Saturn’s 3D controller and received negative reviews from critics upon launch. Critics notes its unusual appearance and commented upon the idiosyncratic location of buttons and the analogue stick; however, I find the controller to be relatively comfortable, with my main criticism aimed at the bizarre cable location and lack of built-in rumble.

The controller features two dock connectors for use with multiple accessories such as the Video Memory Unit (a 128kbyte memory card, peripheral, and rudimentary handheld game system), Jump Pack, and Microphone.

The Dreamcast is compact and lightweight, with four front-facing controller ports for multiplayer games. The system is solid in construction with bright white hard plastic and a blue logo in PAL regions. Impressively, it had the ability to output contemporarily amazing 480p graphics and was the first console to have built-in online capabilities (with an included modem).

There were also negative aspects to the console, its main issue being reliability. The system’s laser mechanism commonly wears out overtime leading to disk read problems; additionally, the Dreamcast is known for the incredibly loud grinding sound the laser produced when reading disks.

So was the Dreamcast underrated or underwhelming? Personally, the sixth-generation of consoles is my favourite, and whilst I enjoy the Dreamcast and play it with some regularity, it can’t really compete with the PlayStation 2 or original Xbox’s third party libraries, hardware, or legacies. It is closest in quality and popularity with the GameCube, however it loses in that comparison too.

This does not mean that the Dreamcast is a bad system though, it had by far the best graphics of the generation and some of the best games; Sega was just incredibly unfortunate to share a market with the best selling console of all time, the progenitor of the Xbox series, and a cult favourite Nintendo system. Sega certainly hurt their chances of success by neglecting to utilise DVDs and ultimately paid the price.

The Dreamcast is without a doubt an underrated system that fell victim to bigger, better, and more popular competitors.