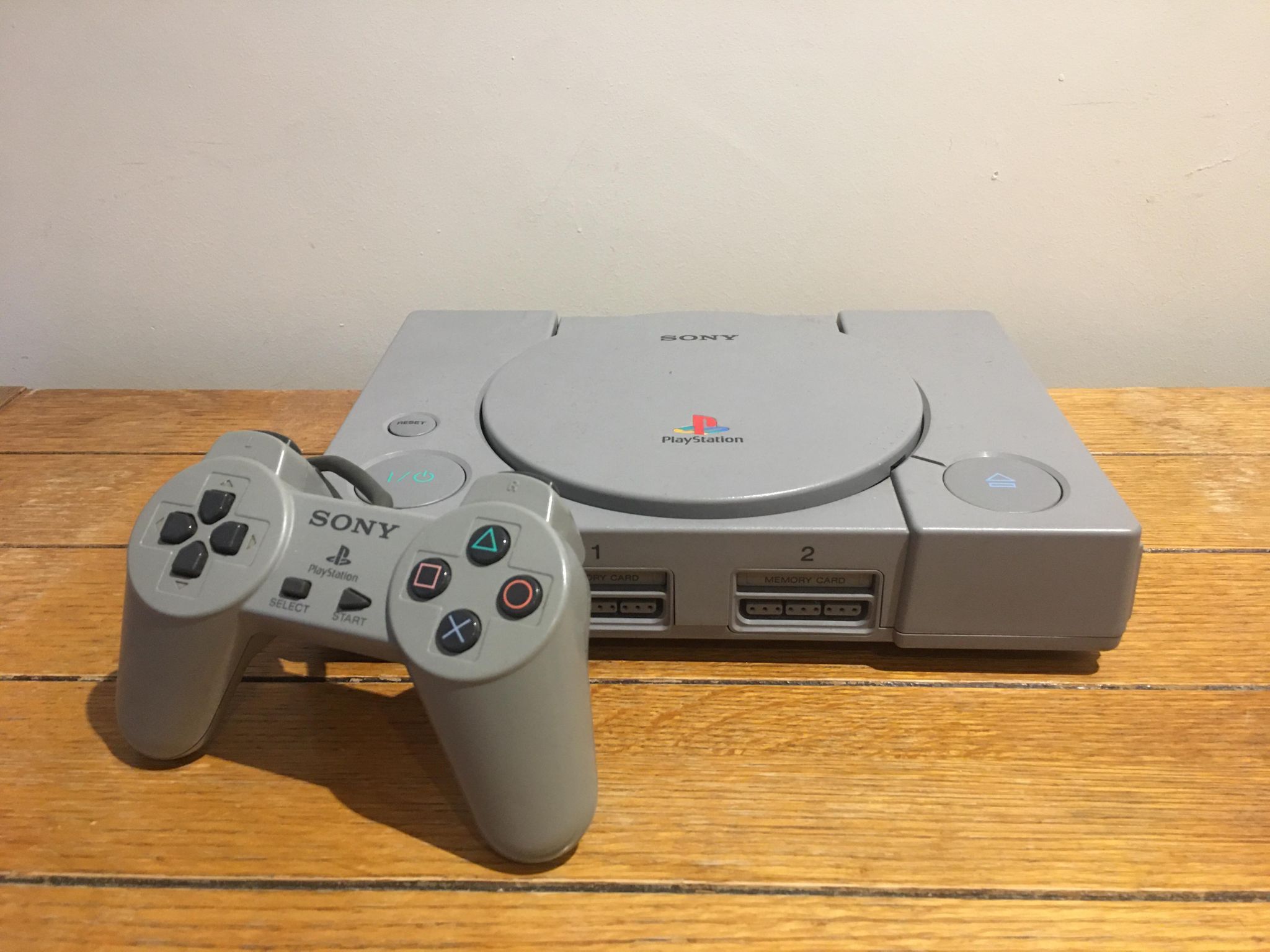 Released in 1994 to critical and commercial acclaim, the PlayStation (commonly known as the PlayStation 1) is the progenitor of the most successful line of video game consoles in history. Its lineage spans five consoles and over 450 million units have sold worldwide.

Its release represented a shift in the console market from Sega and Nintendo primacy, and the use of cartridges to the age of Sony and disk. Moreover, it has the distinguished accolade of becoming the first home video game console to surpass 100 million units sold.

The PlayStation’s eventual legacy, however, emerged from less auspicious origins. What would eventually become the PlayStation was initially intended as a CD-ROM supporting video game peripheral for Nintendo’s Super NES system; known as the Super NES CD-ROM System (Super Famicom CD-ROM Adapter). The Nintendo PlayStation, as it was nicknamed, represented the coming together of Sony and Nintendo. However, this relationship quickly devolved and became acrimonious due to licencing disagreements, and Nintendo subsequently opted to negotiate a more favourable, but equally unfruitful deal with Philips.

This new deal with Philips, and the breakdown of the Nintendo partnership, made Sony execs Ken Kutaragi and Norio Ohga incandescent. Sony severed all ties with Nintendo in 1992. As a result of this, and their extensive research and development for the Super NES CD-ROM System, Sony decided they would create their own home video games console. This decision, however, was not without its detractors within Sony. Many senior executives were opposed to the idea, fearing Kutaragi was tarnishing the image of Sony as a high end manufacturer of audiovisual equipment, and potentially jeopardising the financial future of the company by entering a market so heavily monopolised by Sega and Nintendo. Despite the video games industry being disparate from Sony’s experience, Kutaragi managed to convince senior board members and executives of the potential value by inciting the perceived humiliation delivered by Nintendo.

On 27 October 1993, Sony publicly announced that it was entering the home video game console market with the PlayStation. Moreover, inspired by the success of Sega’s arcade system title Virtual Fighter, Sony decided that the console would, for the most part, play 3D polygon based titles rather than rely on 2D sprites. Interestingly, to satiate the fear that a games console would besmirch the name Sony, the nascent console was never marketed as the Sony PlayStation, only the PlayStation.

Released in Japan in December 1994, a week after the Sega Saturn, and the rest of the world throughout 1995, the PlayStation was met with critical and commercial acclaim, selling over 100,000 units on the first day and over two million within six months. It quickly became the best selling home video game console of the fifth generation and eventually, the best selling of all time (up until that point), with an official total of 102.49 million units sold.

At the time of release, Sony was new to the games industry and had almost no first party offerings. However, the PlayStation shines most for its amazing third party library.

The PlayStation has one of the largest and most eclectic libraries of video games with 7,918 games, comprising of every genre imaginable at the time of release. Notable titles include, Gran Tourismo (1 and 2), Final Fantasy (VII, VIII, and IX), Tomb Raider (1 and 2), and literally thousands more. There really is something for everyone, and this is reflected in the total cumulative number of PlayStation games sold, 962 million.

The PlayStation controller featured ten buttons and a digital D-Pad. The Dual Analog upped that to 13 buttons, a digital D-Pad, and two analog thumbsticks. The DualShock kept the same configuration as the Dual Analog, however, it upgraded the comfortability of the controller. Additionally, the Japanese DualShock features rumble feedback, a feature not included in European or North American variants until the DualShock 2 for the PlayStation 2.

These controllers are all very comfortable in the hand, and for anyone familiar with the latest DualShock (the DualShock 4), it will take little adjustment, with perhaps the only exception to this being the PlayStation controller due to its lack of thumbsticks.

Like the controller, the PlayStation console itself went through a number of cosmetic and functional modifications and hardware variants. The two most significant are the original model PlayStation, and the smaller, redesigned version, the PS One.

Both variants are for the most part well constructed, light weight, feature a top loading optical CD disk drive, and have two front-facing controller ports for multiplayer games, with an official PlayStation peripheral available for four player multiplayer.

It is difficult to imagine the world of gaming without the PlayStation and its legacy. Whilst it may have begun as a failed Nintendo peripheral, members of its linage have become mainstays and leaders in the industry. The PlayStation’s place among the greatest consoles of all time is objectively undeniable. Its impact and the console itself are held in the highest of esteem by gaming aficionados.

Whilst I do not have the nostalgic feeling regarding the PlayStation as I do with the PlayStation 2, I still greatly enjoy this console, and have had hundreds of hours of enjoyment throughout the years of owning one.

Compared with its fellow generational offerings, the PlayStation stands alone. Whilst there is, as with all Nintendo consoles, as diehard fanbase of N64 lovers, the vast verity of third party game offerings, including a far superior controller and better graphical output, make the PlayStation my choice for fifth gen gaming.