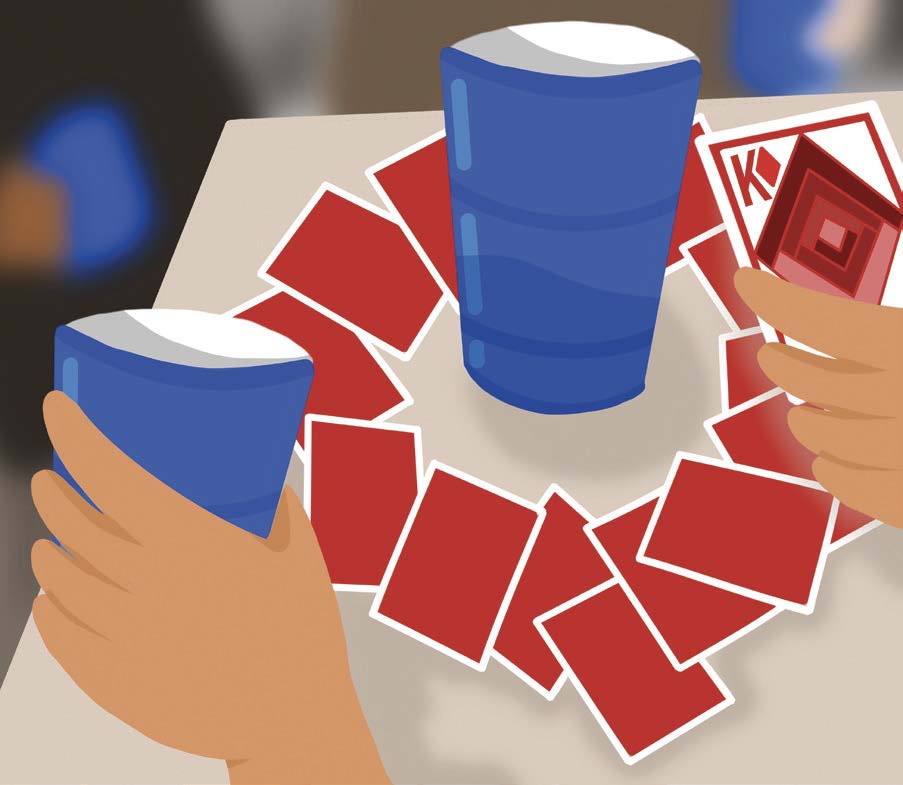 Congratulations! You have just moved in with a bunch of strangers. The most logical next step is to get wankered with them.

The question is, how? Yes, you could do six shots of tequila in your room on your own, or you could do the same level of drinking with your new best mates while talking about your A-Level results. After all, it’s about the journey, not the destination. Here is a collection of top picks coming from an editorial team who have all lived through awkward pre’s and come out vomiting on the other side.

A classic. This game can get a bit boring at the beginning but it does get people who have never met talking. If you aren’t already familiar with the game, place a deck of cards facedown in a ring (who’d have thought) around an empty cup. Everyone takes it in turns to pick up a card, with each number instructing a different task (look them up online – I don’t have the word count to go through them all). These tasks involve pouring some of your drink into the empty cup, and whoever picks up the card that breaks the ring, has to down whatever concoction was in there. I did it once; it had a heavy mix of vodka and gin and I can’t remember the rest of the night.Apparently I tried to do a pull up on some scaffolding and threw up in Salvos’ toilets.

This game is designed to pick on one poor soul. Bless their heart. Everyone is given an even number of cards, the first player puts one of their cards down, and chooses someone (their enemy I guess) to drink the numeric value of that card (so five of clubs would be five gulps). However, a ‘friend’ can protect you; if someone else has a card that number, they may place it down and deflect that number of drinks onto someone else. The catch is, you are not allowed to defend yourself. Have fun losing mates.

This is an app developed by the one and only Ellen Degeneres whilst she physically beat her studio interns. One player must start a game and select ‘The Truth Comes Out Teaser’, and give the code to everyone else. The app will produce questions such as ‘If Brooke released an autobiography what would it be called’ and everyone submits an answer and votes for the best one. I recommend you play this game with people who you know aren’t sensitive. My forehead was once targeted and I sulked for the rest of the night out because I am a joy to have around.

So go forth and get drunk freshies. Nothing creates lasting bonds better than pretending to enjoy the shot of vodka you’ve just drank together. It certainly beats talking about A-Level’s .