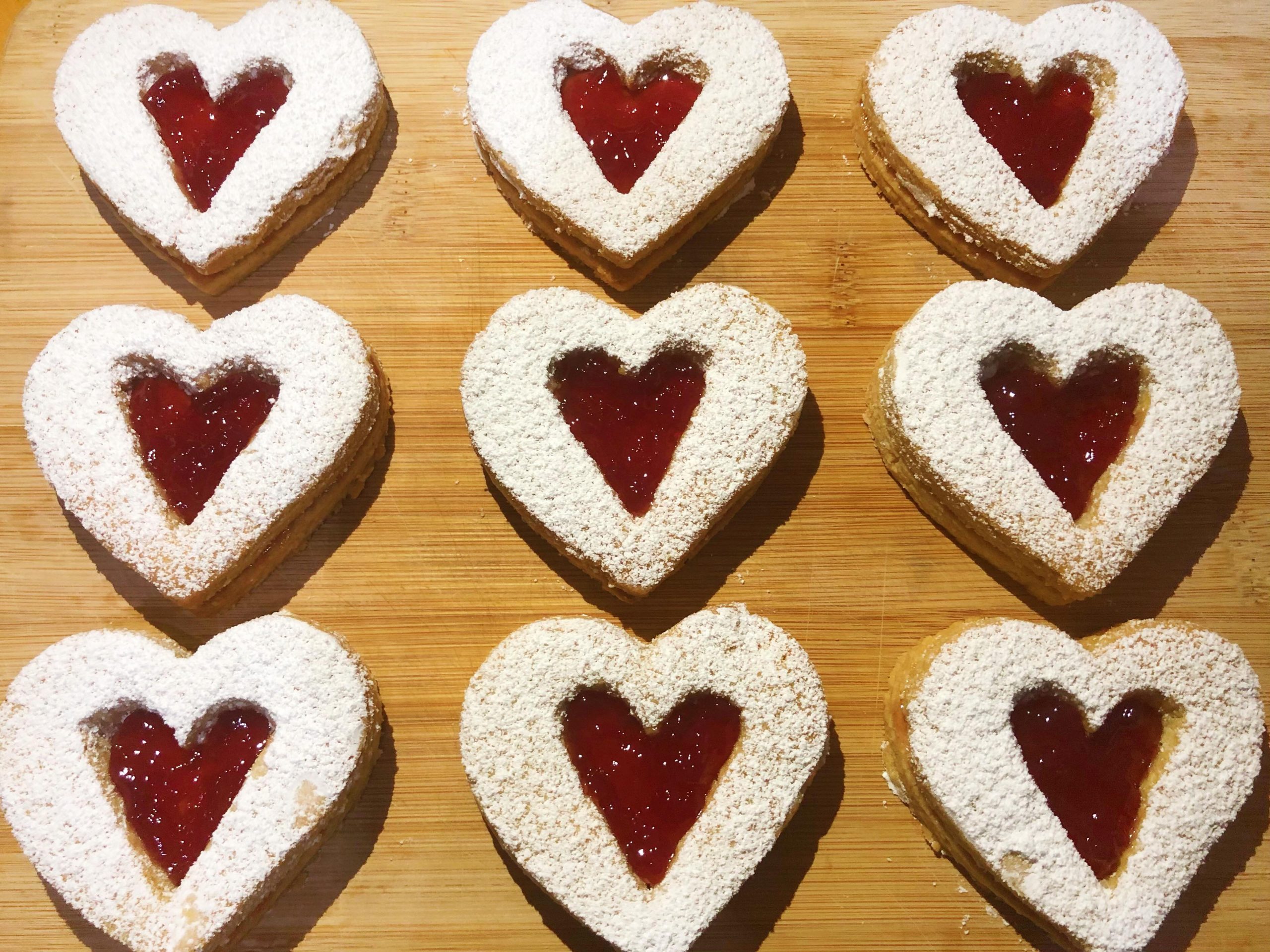 The impact of the pandemic unfortunately means that many couples are unable to spend Valentine’s Day together this year. However, a virtual Valentine’s bake-off may just be the saving grace for times which can only be described in cake terms as stodgy, stale, and severely under-baked.

The Linzer cookie is believed to have originated in Linz, Austria, in the 17th century. Its oldest known recipe dates back to c.1653, and contains the same recipe as needed to make the Linzertorte (an Austrian tart). A popular delicacy in America, Linzer cookies are typically made by Americans at Christmas time, and feature as a prominent element in the US tradition of holiday cookie exchanges.

Linzer cookies are two cookies sandwiched together by a layer of preserve – typically redcurrant in Austria, and raspberry jam in the adapted American version. The top cookie is dusted with icing sugar, effectively making the smaller cut-out more prominent and visible as a result. In Austrian bakeries, the Linzer cookie is often made into a circular shape, and the smaller circle in the middle is filled with redcurrant preserve. The structural appearance alludes to its labelling by Austrian locals as “Linzer Augen”, or “Linzer eyes”.