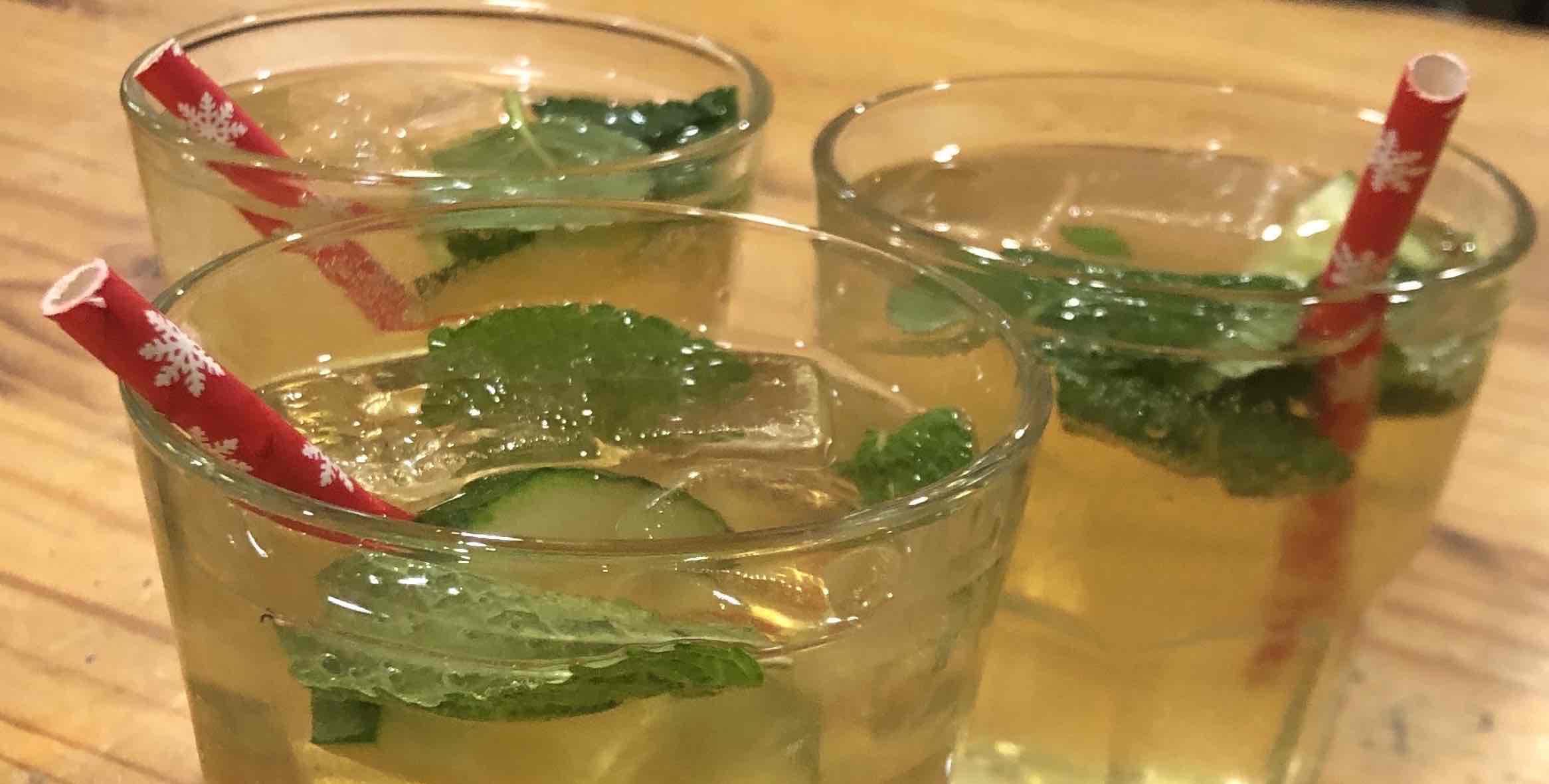 Courtyard, DBar, VBar, The Glasshouse – all of York’s campus venues seem to blur into a friendly jumble of one long bar surrounded by cheesy tunes and the one essay-traumatised second year aggressively attempting to find relief at the bottom of his glass (yes, hello, that’s me).

Alcuin’s Kitchen strays from this model. You walk in to a sound track of chatter and smooth jazz, with plus armchairs rather reflecting a hipster hangout than student living. They strive to be ‘diverse’ and ‘inclusive’, offering an oasis of velvet and wood beside the library’s thoroughfare.

It’s also a well kept secret for the older years – a more mature setting, I am not sure if I had heard of its existence, let alone sampled (with increasing glee and frequency) their coffee and patisseries in my first year.

Therefore, their recent announcement of a late night menu, available in longer opening hours of 5-11, seemed an unusual move. Nachos, pizzas and loaded fries would feel out of place, uncomfortable. I couldn’t imagine Carling or Coors flowing in front of their tastefully hung paintings.

However, on arriving, their intent was clear. Lights had not been dimmed, jazz remained to elegantly pour from concealed speakers, tables had not been swept aside for a wandering queue.

The myriad of colour had further been brought through into a series of mocktales. In an attempt top reach out to a growing niche, no alcohol at all is served, yet I didn’t feel disappointed as the drinks were carefully poured and garnished. Breaking away from this market, especially when opening late seems an incredibly bold move, but once tried, it is immediately appealing. Immediately presenting a venue called for a chic clientele, the first was crisp and refreshing, marrying subtle sweetnesses of mint, elderflower and cucumber. After a long day in cramped lecture halls (can I say that as an English student?), this was eagerly awaited, and I was left calm, refreshed, and eager to start on the food. As the night wore on, the drinks got fruitier and sweeter – a full range, from the subtle to the admittedly slightly sickening, they have catered for the entire range. It’s easy to imagine people flocking there on their way back from the campus and stopping in before parting ways with course mates.

The food equally attempted to appeal to this demographic – offering a huge range of pitas, pizzas and bao buns, the menu offered delicious range to vegetarians and vegans. This was particularly true for pittas stuffed with falafel and hummous, and pulled pork bao buns. With myriads of choices for each, it is easy to find many appealing – particularly for the pizzas, where I’m looking forward to trying ‘The Full English’, topped with bacon, sausage, hash browns mushroom and tomato. The stars of the spread were the chicken wings, however. With ten flavor options, these sticky, juicy pockets of flavour bring new meaning to the phrase ‘spoilt for choice’, and I feel will inevitably draw a reputation across campus.

However, this is slightly hampered by the issue of price. For pizzas, in particular, while crisp and delicious, with incredibly generous toppings of cheese (the margarita rather resembled a burnished fondue pot), and far outstripping Courtyard’s offerings, it seems difficult top justify the hefty £7.99 for one 12 inch. With pittas between £3.50 and £5.00, and bao buns at two for £3.00 – £4.20, this does seem to pervade the menu. However, with the quality of food so high, it seems easy to justify the price, and it still deserves to be popular.

This is sure to be encouraged by a new initiative pushed alongside their new menu, as the Kitchen are eager to display and show off societies by giving them the opportunity to use the space for meetings alongside other customers. Indeed, talking to us they described a vision of bands jamming in one corner, or informal debating sessions taking place amongst velvet armchairs. To me, this seems a particularly clever innovation – encouraging new membership by making clubs more open and vocal, alongside the opportunity to drink mocktales appears what can only be a win-win situation.

There were nevertheless some teething problems – the pitas were too thick, and the vegan duck was rather overwhelmed as it struggled to be heard, and it was very difficult to eat the potato salad and coleslaw with no cutlery. The second point is easily fixed – for people attempting to bed journalists we aren’t very observant, and we spotted forks as we walked out with sticky fingers.

Alcuin’s Kitchen looked for a niche, and has very successfully found it. Providing a more sophisticated and relaxed space, it is hard not to be attracted by the fresh take on student bars. It diverts from the typical drinking holes of D Bar and Courtyard, and focuses instead on celebrating student achievements and inclusivity, welcoming all to an experience that is as diverse as it is delicious.