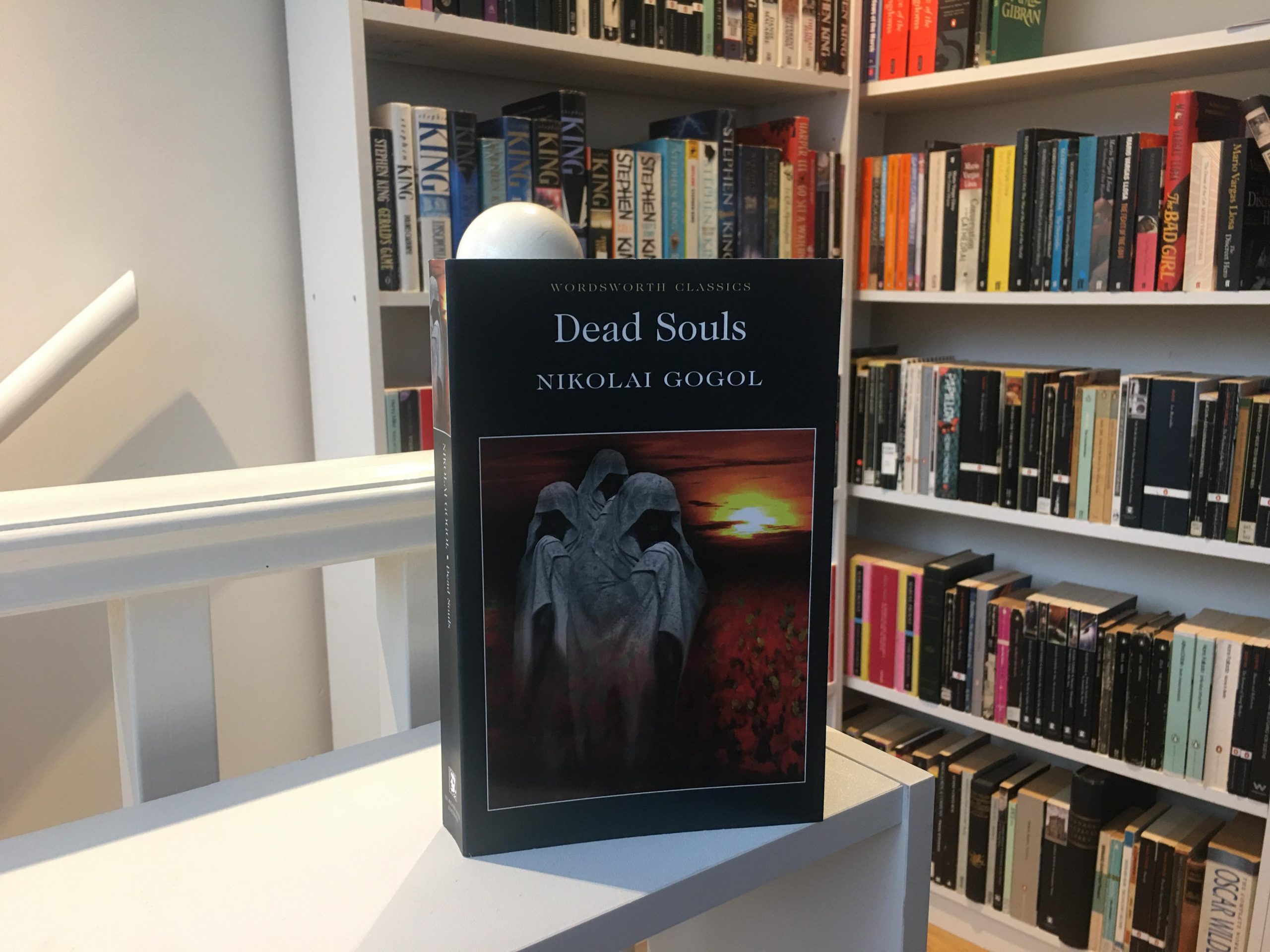 Written by Nikolai Gogol, and published in 1842, Dead Souls is a picaresque satirical novel set in the Russian Empire in the period of time between Napoleon’s failed French invasion and the emancipation of the Serfs.

A Serf was a peasant that was bound to, and worked on land belonging to a lord; distinct from a slave on the basis that they were not considered property and were afforded basic legal protection. Serfdom as a practice originates in medieval feudalism and was common throughout Europe until the Napoleonic invasions of the early 19th century. In 1861, Emperor Alexander II issued the Edict of Emancipation, abolishing serfdom throughout the Russian Empire.

Structurally, heavily inspired by Dante’s Divine Comedy and the Epics of Homer, Dead Souls is a commentary and scathing condemnation of contemporary Russia’s social structure, masquerading behind the finest example of Gogolian humour.

Published in two books, Dead Souls was initially intended to span three (à la Divine Comedy), Gogol is reported to have completed the final section but subsequently destroyed it prior to his death in 1852. Notably, the second book of the novel ends with a cliffhanger, literally ending mid sentence.

Book one of the Novel follows Pavel Ivanovich Chichikov, a mysterious gentleman who has a bizarre get rich quick scheme, to acquire dead souls (deceased serfs) from Russia’s landowners, sparing them the census tax and bolstering his social standing. Book two follows the consequences of Chichikov’s business ventures and his less than noble behaviour.

Widely regarded as one of the finest examples of Russian literature, for fans of the slightly more widely known authors Dostoyevsky, Chekov, and Bulgakov, I couldn’t more highly recommend the works of Gogol, especially Dead Souls. Gogol is known for his early utilisation of surrealism and for his unique satirical wit, both of which are on masterful display throughout Dead Souls. Whilst at times stylistically 19th century, the prose used throughout are not dated and highly accessible to those new to Russian literature of the period.