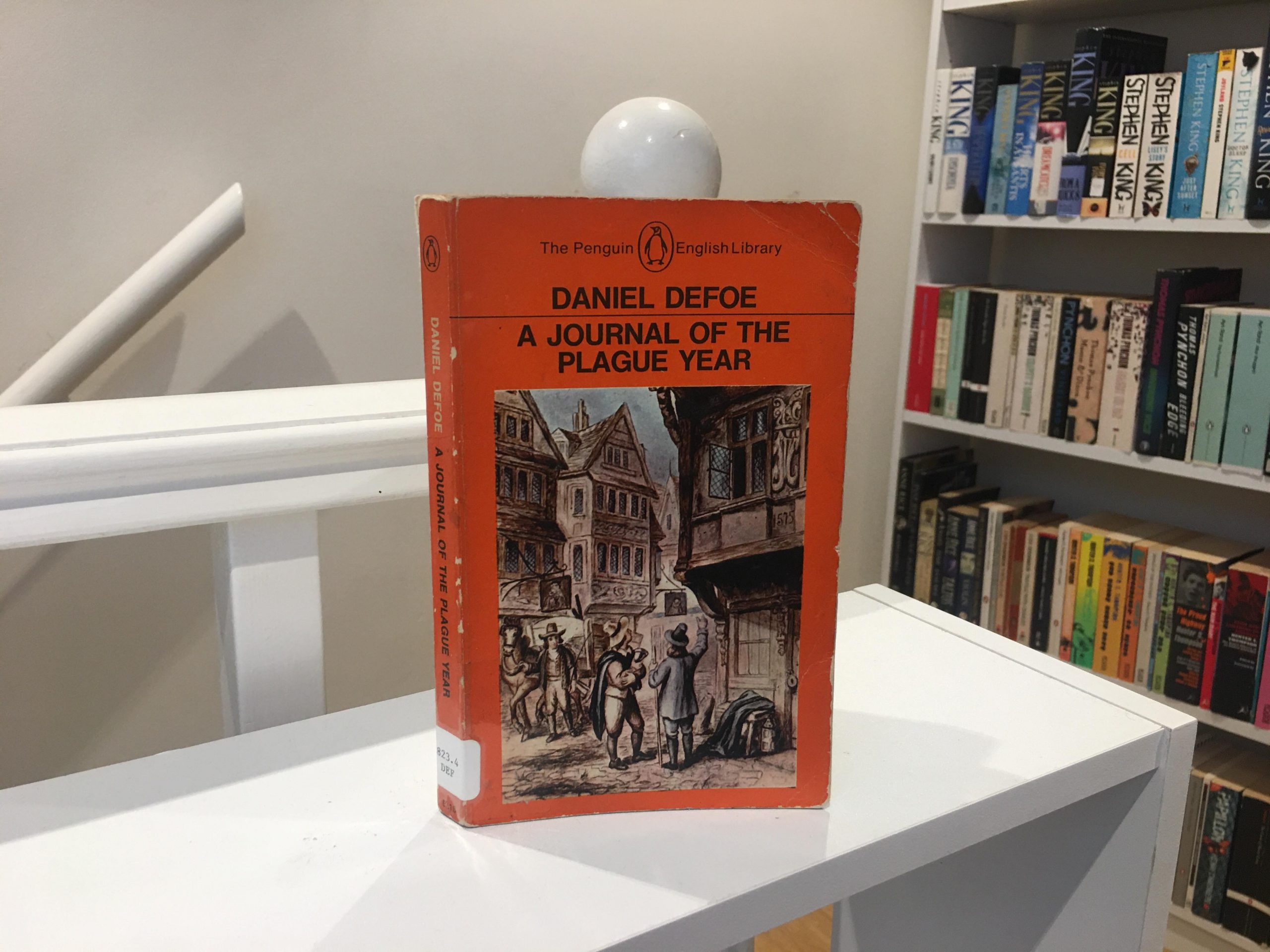 Written by Daniel Defoe, and published in 1722, A Journal of the Plague Year is a historical novel set during the Great Plague of London (1665-1666).

Set when Defoe was only five years old, documentation and the original nom de plume (H.F.) suggest that the text is probably somewhat based upon the diaries of Defoe’s uncle, Henry Foe, a saddle maker and Whitechapel resident.

A Journal of the Plague Year is notable for its realism and accuracy in depicting the plague itself and its effect on the lives of Londoners. This has resulted in a number of comparisons with non-fiction accounts of London’s Great Plague such as Samuel Pepys’ Diary (1660-1669), Thomas Vincent’s God’s Terrible Voice in the City by Plague and Fire (1667), and Nathaniel Hodges’ Loimologia (1672).

Considering the present global health crisis, perhaps the most interesting aspect of the novella is its demonstration of the exploits and reactions of mid-17th century people. These attitudes can be retrospectively compared and contrasted with contemporary humans to illuminate the degree to which persistent patterns of behaviour have remained mostly unaltered despite 350 years of technical and social progress.

Human behaviour, however, is not the only parallel between Defoe’s depiction of the Great Plague of London and the present COVID-19 pandemic, the book is rife with them: the early days of speculation and confusion, mixed reception and levels of observance to social isolation, and the disparate experiences between classes, all demonstrate a startling resemblance to contemporary life.

Some readers may describe A Journal of the Plague Year as dismal and dense. Irrespective of these reviewers, there is no question that it is appropriate reading in the modern COVID-19 world. Personally, I happen to disagree with these views and find the novella to be a gripping read, expertly blending personal anecdote, real statistics, and embellished accounts, to craft a vivid depiction of 17th century London and the Plague that killed a quarter of its populace.

The obvious correlations between COVID-19 and the Bubonic Plague as touched upon throughout this article, instil in me a sort of abstract pride, for living in a century in which vaccinations and medications can prevent, or at least mute, some of the most deadly symptoms. COVID-19 is no Bubonic Plague, not even close; if you read A Journal of the Plague Year you’ll acutely appreciate this. That being said, thank goodness for modern medicine as the historic alternative is pretty dismal.