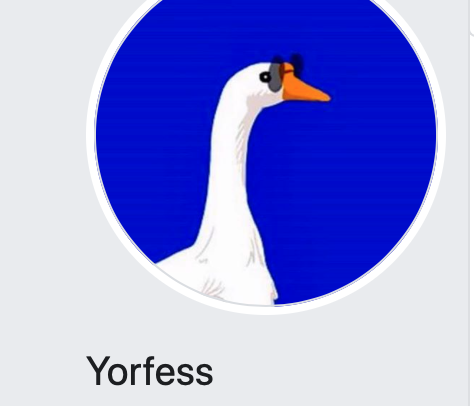 The only way to change the problems in our society is to call people out for their inherent racism, there’s nothing to be gained from keeping quiet.

On June 1 a post appeared on Yorfess (@yorfess.ig) that received a lot of backlash. The post referred to the murder of George Floyd in police custody on May 25 2020.

After giving a brief – and inaccurate account – of the events that led to Floyd’s death, the post then goes on to claim that “there is no great systemic injustice to be protested”. The full post can be found at the bottom of this article.

Yorfess, platforms should not be given to such damaging views, views that are offensive and upsetting, which also justify the force used by the police in protests since Floyd’s death.

Sadly, displays of such racism aren’t anything new and represent the problems still deep-rooted within our societies.

The first line of this section: “Even if there was something to protest” is one of the most concerning. Its suggestion that there is not in fact anything substantial to protest is disgusting. People of colour have faced over 400 YEARS of RACISM and OPPRESSION.

Despite the civil rights movement of the 1960s, racism and prejudice still exists within our societies and rears its ugly head everyday. Disproportionate violence against people of colour by the police force has been an issue for years. Fact.

Just last year, a new study revealed that “In the U.S., African Americans are 2.5 times more likely to be killed by police than white people. For black women, the rate is 1.4 times more likely.”

The declaration that “Trump’s statements that ‘once the looting starts, the shooting starts’ encapsulates exactly what the official response should be” is also horrific. The reason that protest is necessary is because the system will not change until it is forced to. It is a matter of needing to actively fight racism.

As activist Stokely Carmichael said, “in order for non-violence to work, your opponent has to have a conscience”. It is obvious that the system, as it exists today, does not.

I’m sure Yorfess love controversy and have enjoyed watching people fighting in the comments, but these are lives we’re talking about, such acts are not for your enjoyment.

A report by the New York Times has reconstructed the events that led to the death of Geroge Floyd in custody. CCTV in the area shows that Floyd did not resist arrest initially. He was placed in handcuffs and is then shown to sit against a wall.

Then, when Floyd is moved to the police car, transcript shows he refuses to get into the car, saying he is claustrophobic. At this point, Floyd first says that he cannot breathe. It is unclear whether this was due to distress at the claustrophobia, or due to something the officers were doing as the camera view is partially obstructed. When he is pushed into the car, he is then pulled straight out again the other side and lands on the floor. This is when Derek Chauvin restrains him with a knee on his neck.

As the New York Times reports, “Chauvin pulls him through the back seat and onto the street. We don’t know why.”

A police officer later says “get up get in the car”, to which Floyd says “I can’t”. This is due to the knee pinning his neck to the ground. George Floyd later entered cardiac arrest and died on May 25.

Since being published, the post has received a lot of backlash in the comments from other angered individuals. Some have fact-checked the post, while others have called out the systemic racism the violence shows.

Today, music artists around the globe are taking part in a blackout. The project, titled The Show Must be Paused, urges people to “disconnect from work and reconnect with our community”. The protest is “an urgent step of action to provoke accountability and change”.

If you want to support the movement, but aren’t sure how, please see the links below.

One thought on “Yorfess Gives Platform to Systemic Racism Deniers”