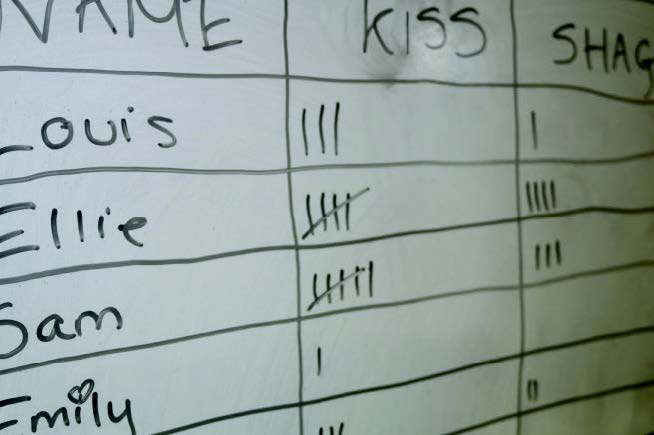 In each new flat, there is always someone who enters believing they’re a BNOC.

They will have dominated the group chats with some ultra-cool self-titled nickname, already have penned an anthology of Yorfesses and no doubt have that one friend already at York that they describe as some rugby-playing Barney Stinson.

This is the flatmate who will sketch out the “shag chart” on your brand new kitchen whiteboard.

No doubt intended to chronicle his sexual crusade through every woman north of Chipping Norton, he crosses out every girl in a relationship with a wink that seems to say: “I’ll have you yet”. He rallies up his well-practiced cockney accent (he’s from Burford), and talks down from his perch to a group who are too nervous on their first day to tell him that this is not only pathetic, but fucking poisonous.

The idea of sexual freedom is one that is welcomed at university – of course, as 18 year olds experience the privacy of their own place for the first time, it is an ideal testing place for new experiences.

However, it would be wrong to say that this is the universal state for students: in a 2014 Student Beans survey, 49% never had a one night stand.

Sometimes, the pressure of independence can be enough, and this extra factor can be overwhelming.

However, with “shag charts” the uni stereotype of “sleeping around” is not only incentivised, but by putting your life on display, it actively judges your choices as failing in the ultimate goal of being the “legends” modern sit-coms encourage you to aspire towards.

Of course, it develops as a double edged sword. Too “successful”, and you are immediately branded a lad (if you’re a guy) or a slut (if you’re a girl).

Freshers’ week can be an amped up cocktail of endorphins at the best of times, but with each guy trying to prove his alpha status to his new housemates, the literal competition of sexual conquests ignites an almost predatory instinct.

Dr Anna Bull, the founder of sexual misconduct campaigners “The 1752 Group” confirms this, stating that freshers are “more likely to experience sexual violence”.

This “boys will be boys” campus culture has been openly recognised and criticised – Polly Neate, Chief Executive of Women’s Aid, commented that it is “dangerous, as it fosters the sense of entitlement that men believe they have over women’s space, time, and bodies.”

“Shag charts” not only enable this culture, but actively encourage it.

Even if a sexual encounter is fulfilled genuinely and kindly, who wants to walk out of someone’s door to be reminded that they are merely a new line added to their tally?

But really, who does this addition serve? Because all I can see is one self-professed legend with a smirk, racking up his numbers like a spitfire pilot returning from a dogfight.