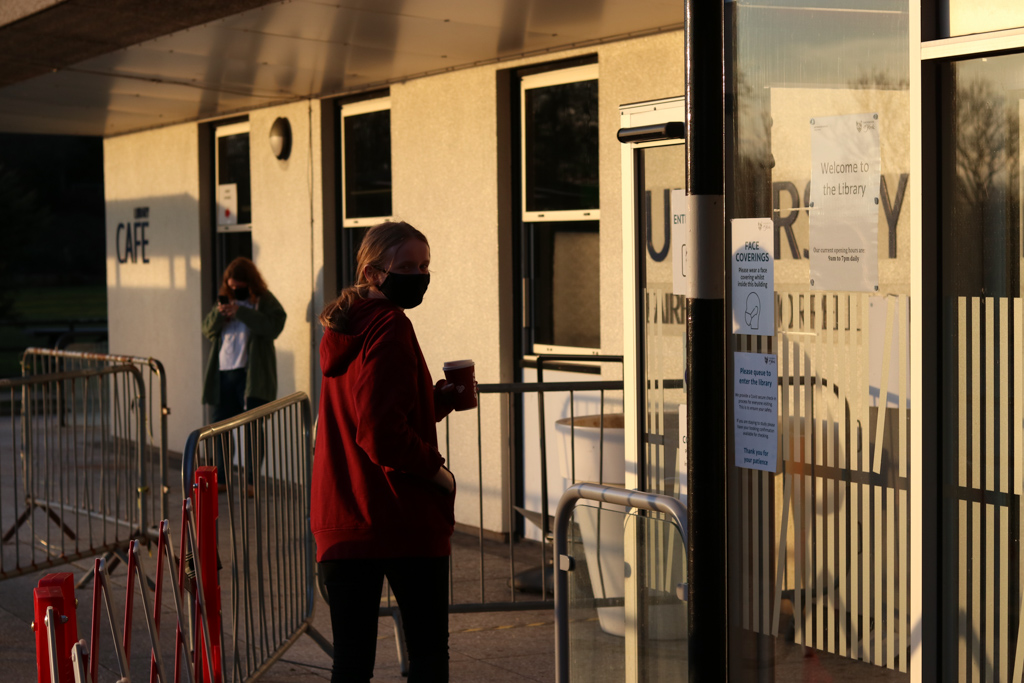 I’m sure many of us will agree that last Christmas was massively different from others, due to the pandemic and the restrictions imposed by the government as a result.

So, with reports that the government ignored their own advice and held non-socially distanced gatherings at the time, I believe I’m not the only one who may feel as though they’ve been slapped in the face.

Last Christmas, for the very first time, I made the choice I wouldn’t spend it at home with my parents. I decided I would go and visit my sister in Scotland for various reasons: one being that I hadn’t seen her in nearly two years, but mainly because I didn’t want to risk giving my parents COVID-19. The journey back home for me involves travel through London; with a wave of coronavirus sweeping the capital, there was no way I was going to risk that happening. At the time of writing, there were allegedly nine parties or gatherings held in government last year, at times when parties were forbidden by COVID-19 restrictions.

Less than three months ago, a University of York student was fined nearly £1000 for hosting a party on November 17 2020, during the second national lockdown. The student was found guilty of holding or being involved in a gathering of more than 30 people in a private dwelling, breaking the Health Protection Regulations 2020, at York Magistrates Court.

As of yet, no fines have been issued to anyone involved in government gatherings last year, despite an abundance of evidence suggesting these rules were broken. So, while students have been landed with fines they will inevitably struggle to pay off, the government face no sort of consequences for doing the same.

Furthermore, the Department for Education have themselves admitted staff held a Christmas gathering. This is the same department that came under fire in August 2020 for their handling of A Level and GCSE results and, earlier this year, gave little to no advice to universities about returns to campus following the third lockdown. Given their track record, I’m sure I’d be forgiven for suggesting that students have been forgotten by the DfE – which is why their flippant description of a “gathering” that “would have been [best] not to [hold]” is even more insulting.

At this point, I would argue the best way to describe ‘partygate’ is that it’s a joke; this is nothing more than a terrible joke. I say this because the aftermath is a situation where they are laughing whilst nobody else is, it’s entirely unfunny, and the resulting atmosphere is incredibly uncomfortable. The last academic year was incredibly tough for students: we had an entire term online; many students were paying rent for places they weren’t in for months, and we had issues surrounding safety nets and no-detriment policies. In short, we had a year like no other that threw challenge after challenge at us; it hurts to think we went through this tumultuous time following a set of rules that our government repeatedly broke.

Furthermore, I think that there’s now a more major issue: a massive loss of moral authority from the government. Many students, as a result of these reports, may not respect any new restrictions if they’re brought in. Let’s be real – Omicron is more likely than not to have a negative impact for the beginning of 2022, and as a result we face the danger of detrimental consequences due to the incoming “tidal wave”.

Finally, I don’t think it’s right to say that it’s “one rule for them, another from us”. As I mentioned earlier, we’ve seen fines for students of £10,000 that the government won’t be paying themselves. I’d rather say that it’s the same rules for everyone, but a handful of people face no consequences for breaking them.