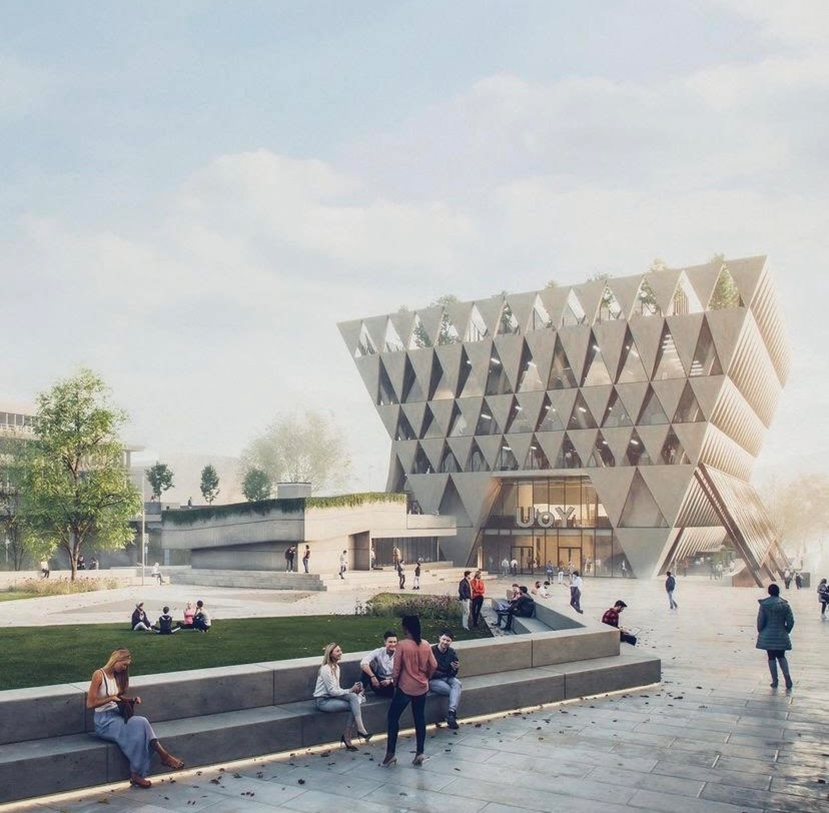 After the unveiling of the first designs for the brand-new student centre, the University certainly has some questions to answer. Specifically, who asked for this?

Social media has been populated over the last few weeks with invites to consultations on the new student centre. Compared to other universities, York stands out given the fact it doesn’t have a dedicated student union building, so the prospect of a new centre was certainly exciting to see.

However, the unveiling of this new design has left me, shall we say, less excited than I was before, and a lot less optimistic.

The building itself has a very questionable design. I wasn’t the only one who initially compared it to the University of Warwick’s logo! Many students, alongside myself, were quick to make further comments on the look of the building, with one comment saying it is a “questionable design” before going on to ask, “why not use that money to fix leaking roofs in Derwent?”

Not only should the look be scrutinised, but the materials too. The design the University has gone for is a very concrete-intensive one, which arguably is very unsustainable.

One comment on the University’s post came from Pierrick Roger, former Environment + Ethics Officer and incoming YUSU President, who commented “really took on my feedback for less concrete and then went for the most concrete-intensive option. Love to see it.”

Student Activities Officer, Sophie Kelly, called the unveiling “misjudged” on her social media, and said that “students have been telling [the University] they need facilities, including media and performance spaces”, before asking “how is office space for staff relevant for students?”.

Indeed, this action (or rather a lack thereof) seems to suggest the University hasn’t considered the recommendations of students, whom this building will be for primarily!

Furthermore, as a student just a few weeks away from graduating, I’m aware I won’t be a user of this new student centre.

However, I cannot help feeling dismayed at the fact the building won’t serve the purpose for which it is built. In my last term here at York, I’ve felt let down by the university thanks to this unveiling.

The University needs to take away one simple lesson: listen. Actively listen to the people who will be affected, because it’s us who will bear the brunt of inaction.