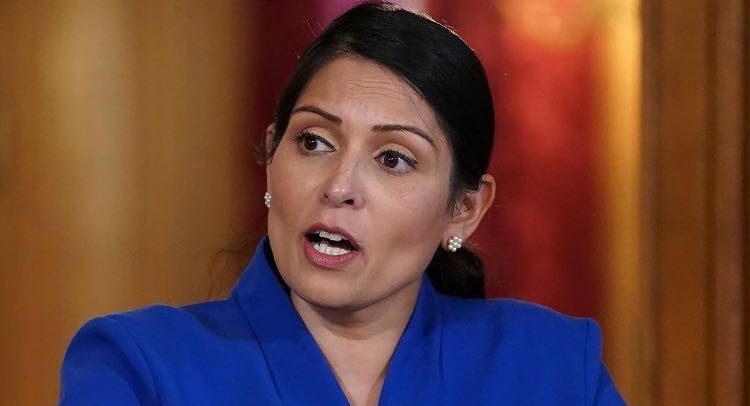 In a world where news is 24/7 and can be used to justify any action, staying informed and being able to separate fact from fiction is more important than ever before.

Since the first wave of Russian bots and the “fake news” social media storm that took off around 2016, an industry and culture of fact-checking has popped up in response – and rightly so.

But being alert to what is true and false is not enough. Behind the facts and the jargon and the propaganda, lies the narrative. And framing the narrative is, arguably, more important to shaping public opinion surrounding current affairs than any set of facts or statistics.

Narrative framing dominates political speech, and our failure to acknowledge it has led to the shift to the right on issues like immigration, and is being used every day in politics.

On July 15th, Priti Patel told the BBC how the number of small-boat migrant crossings were “shocking, appalling, and unacceptably high”. What exactly is an “acceptable” number of these crossings? Does the government have a target of 5 small boats of desperate migrants per week? It doesn’t matter that people live in horrendous and terrifying conditions. It doesn’t matter that they’re willing to put their children into a cramped dinghy and sail across the English Channel, fully aware of the incredibly high risks to their lives, all for the chance of a better life. Politicians shift the narrative away from the suffering that these people go through and towards the numbers in order to dehumanise their struggle.

And what do they get instead of help from a nation that claims to be tolerant and loving of all? They get journalists in boats gawking at people who have travelled thousands of miles in search of a country to call home, like they’re animals in a zoo.

July 23rd – Boris Johnson begins a tour of Scotland to reclaim it from its surge in support for independence, by referring to “the sheer might of our union” in reference to the handling of the coronavirus in the UK.

Besides the main message advocating for the continuation of the union of Great Britain, there is a subtle message that applies to more than just Scotland: the UK government’s handling of the coronavirus was a success. Coping with an unprecedented pandemic this early on, they hope their framing of the crisis as a success will continue their popularity.

July 24th – he backtracks, sensing that this attempt at narrative reframing isn’t working, and starts to indicate a semblance of responsibility (without apologising, of course).

In some ways, a development of this nature is a small victory against this new movement of narrative control. However, the government is yet to hold itself to account, promising an inquiry into its handling of the coronavirus in the future. No date has been given yet. The aim of the government is to distance itself from any responsibility on the thousands of deaths from COVID-19, and although it appears to have already dropped the approach of regarding the handling of a pandemic as a success, we need to be wary of their future platitudes and non-apologies which will impede true accountability.

Let’s not forget about the Russia report, finally revealed after a long delay. It is major news that those in government actively tried to not investigate Russian interference in British politics. But the defense of this comes from a broader narrative surrounding the politics of division and post-Brexit attitudes.

There has been a growing narrative that any questioning of Brexit comes from the “Remoaners” who will seek to do anything to stop Brexit. Dominic Raab stated in response that “A retrospective assessment of the EU referendum is not necessary”, drawing correlation between the Russia report and the anti-Brexit movement of the past 4 years. However, this report isn’t a part of this anti-Brexit political movement; it’s a much broader focus on how potent foreign interference is in our democracy.

There are a plethora of questions of responsibility and retribution as a result of this report, which urgently need to be answered. But under what lens will this happen? Will this be cast into the fire as anti-Brexit obstructionary politics? Will our politicians manage to put “the will of the people” against national security interests? Or will the consequences of this report be dismissed with “now is not the time” as did the pay rise to the underpaid nurses we clapped for through our lockdown?

In order to not fall prey to the aims of those in power, we need to do more than fact check and think critically. We need to understand the narratives being maintained by those in power; what they are, why they are that way, and how we hold our governments accountable even through these lenses.