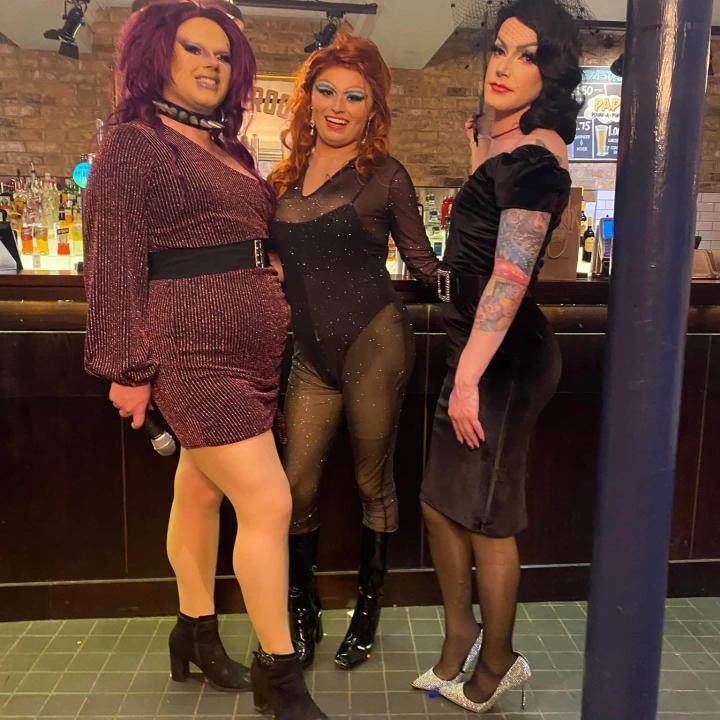 A first year University of York student has won a local drag competition here in York. The competition, titled “Bailey’s Big Drag Smackdown’, was hosted by the eponymous Bailey Bubbles and judged by Bodie Snatcher, Wilhemina Rose, Freida Nipples, and Nelli Mooney. Bubbles herself has recently won a drag competition in Leeds – she is the winner of Mamma’s Drag Battle 2022.

‘Big Drag Smackdown’ was fiercely competitive and featured many local drag artists. The prize for the competition was £50 cash, a drag gift bundle, and a paid guest slot at a future event hosted by The Family Shambles. Finalists of the competition included artists such as Ariel 51, Bunny OhHoney, Cuppa T, Dick Fran Dyke, Ivy Drip, Miss Diagnosis, and Robynne Ryske.

However, after a fierce competition, University of York student Lois Carmen Denominator was crowned the winner. Lois Carmen Denominator is a self-described “dumb bimbo” drag queen from Essex who has been participating in the York drag scene for half a year, which they say is “the best gay/drag scene in the country!” Speaking of her win, Lois said “competing in Bailey’s Big Drag Smackdown has been one of the best experiences of my life. Our York Drag family is so talented and I am so happy to have them all in my life.”

When speaking about her experience doing drag, Lois said that “drag is my escape. It allows me to explore myself while also allowing me to showcase my creativity and desire to perform. I’m well known for usually putting on some of the most chaotic shows you’ll ever see in your life and that’s due to the crazy ideas I come up with at 2am at night while in bed”. She went on to say that “a few months ago I battled with myself wondering if I was ever going to be good at drag and considered quitting, but the support and amazing comments I got from my York Family through the last few months really pushed me to continue working on my drag, and now I’ve only gone and won the competition”

She further commented about her fellow competitors that “everyone who competed was just truly amazing and the progress everyone has made is so fierce”. Then, talking about the competition’s host Bailey Bubbles, she gave “a huge thank you to Bailey Bubbles, all the judges and competitors, and everyone who comes to support our shows for absolutely everything. I love you all so much and you are a huge part of my life”

The Family Shambles run fortnightly events at Yates York on Fridays, known as ‘The Friday Shambles’, including Open Drag evenings and cabaret shows – each being safe, inclusive and queer focused events. The family consists of Bailey Bubbles, Bodie Snatcher, and Gayle Force. They can collectively be found on social media at @thefamilyshambles.