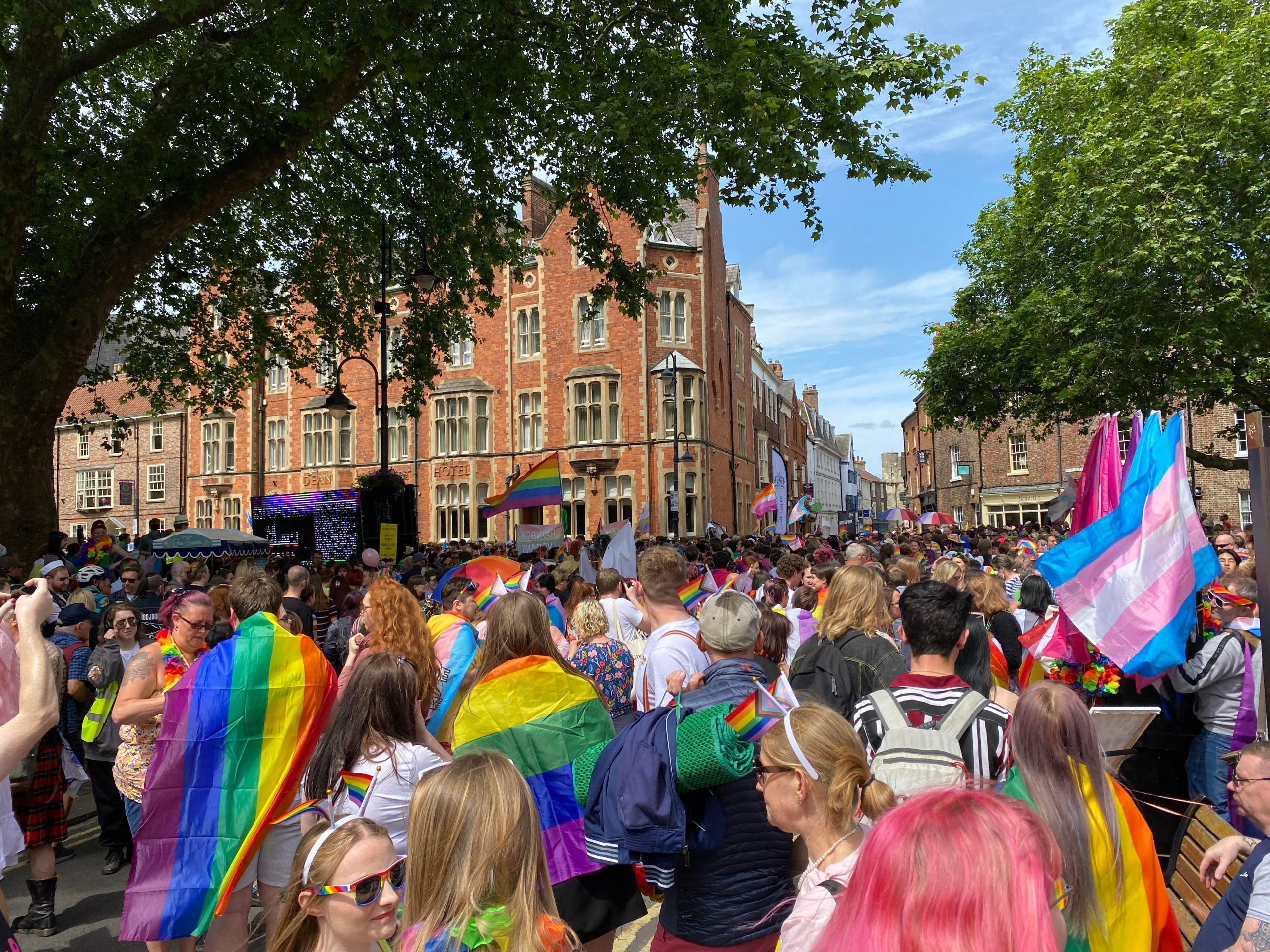 Marking 50 years of Pride in the UK, the event included a parade from York Minster to Knavesmire, as well as live performances, fairground rides, and stalls.

Made possible by a team of dedicated volunteers, York Pride describes themselves as “North Yorkshire’s biggest annual LGBTQ+ event”.

The University of York’s LGBTQ Officers led a march from Greg’s Place to York Minster to join the parade.

The family friendly performances began at 1pm, running through till seven. The official afterparty was held at Ziggy’s, with many choosing to continue the celebrations late into the night.

Unlike 2019 when there was heavy flooding, the weather for this year’s Pride Parade was mostly sunny and bright.

Many businesses showed their solidarity with the LGBTQ+ community by being present, and there was police and ambulance presence throughout the festival.