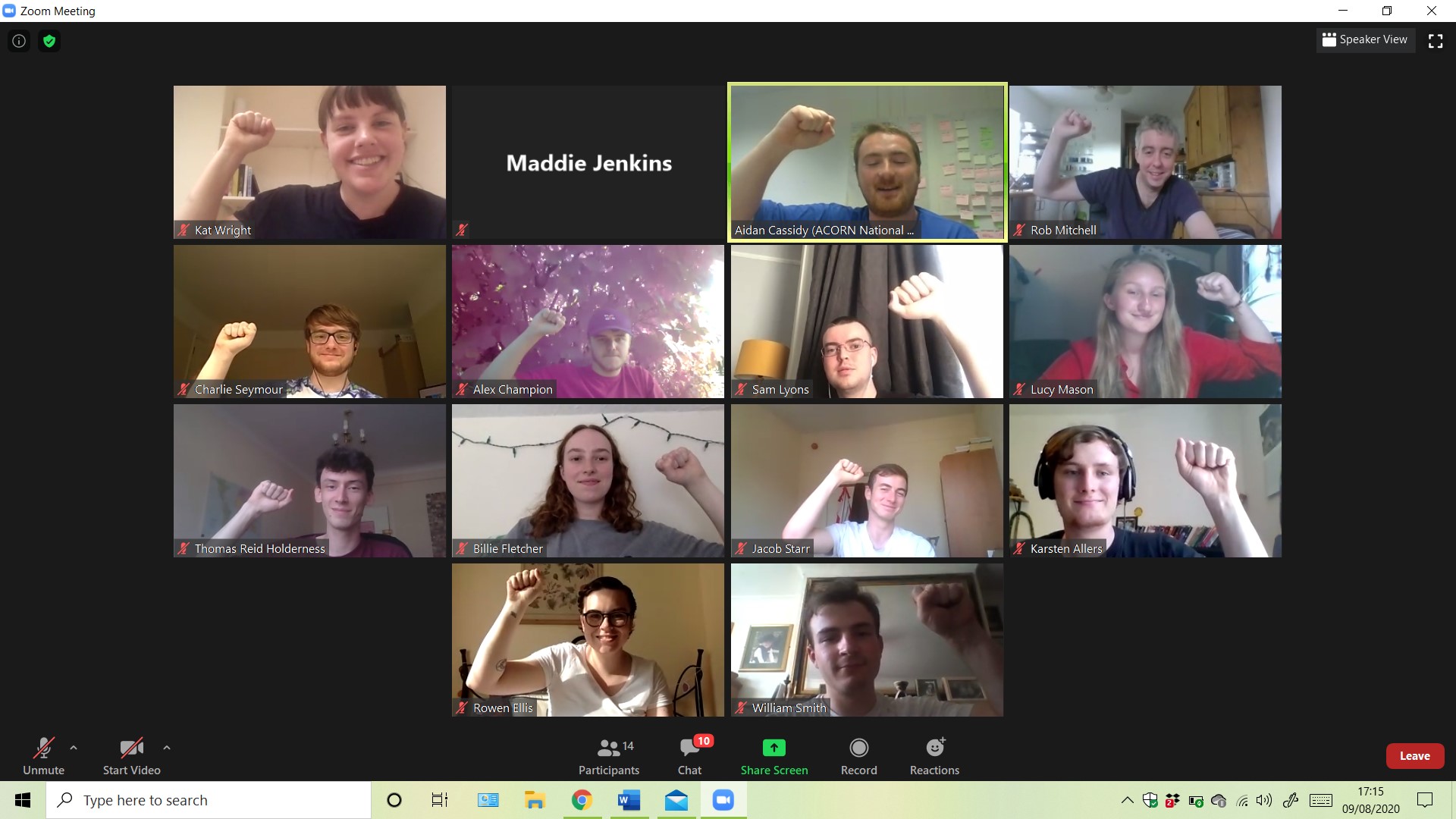 Only six years old in the UK, Acorn has scored some major victories for themselves against big banks (Santander, Natwest, TSB), multinational companies, and scores of landlords.

In Acorn York’s first virtual meeting, everyone introduced themselves with a reason why they were first attracted to Acorn. All of them were students at the University of York and, unsurprisingly, everyone had a ‘dodgy landlord’ story. During the call, they also discussed the ‘extortionate’ rent prices in York. But many of them acknowledged that they came to Acorn for another big reason: results.

Acorn uses peaceful direct action – pickets and banner-drops – to make a point. For local landlords, this is often a complete surprise and they almost always give in.

So how will the group fare in York? Within the first meeting, members pointed out how there is little help for students when shopping for properties. Tom Holderness, also the Press and Publicity officer for University of York Labour Club, voiced how he “wanted better checklists and information available from the Uni – what to look out for, what you as a student want in a property, and how to spot a bad landlord”.

Others spoke about the common issue of “landlords refusing to do maintenance”. Acorn has already been very effective in forcing change on this issue from the bottom up. In April 2019, they got the government to scrap Section 21 of the 1988 Housing Act, which allows landlords to evict tenants for no reason and with just two months notice, facilitating revenge evictions in response to tenants asking for repairs. Since 2015, Citizens Advice has estimated that 141,000 tenants have been victims of Section 21 revenge evictions, propelling homelessness in the UK to new extremes.

On 22 August, all 21 national groups will take be protesting the end of the eviction freeze. According to a spokesperson for Acorn, the coming few weeks will see a deluge of evictions. For those facing evictions, Shelter provides information on tenant rights.

For this group, kicking up a fuss seems to be working.