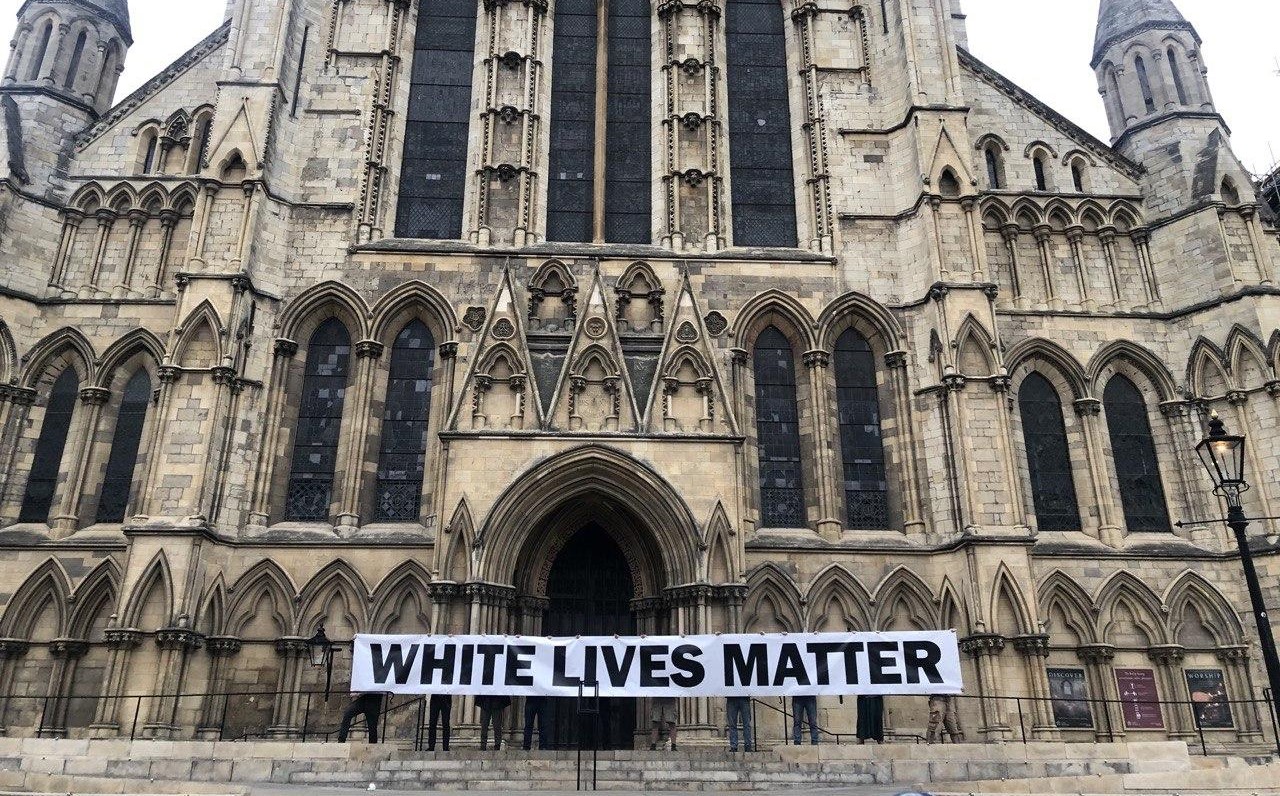 The white nationalist group Patriotic Alternative targeted York this weekend as part of a series of demonstrations across the country. An enormous “White Lives Matter” banner was held outside York Minster, and posters with the slogan were spread across town on 9 August.

The group, founded by neo-Nazi Mark Collett, recently came to prominence after unfurling a similar banner on Mam Tor in Derbyshire. Nearly a dozen banners and even more small posters and leaflets were distributed across the country.

9 August marked the International Day of the World’s Indigenous Peoples. It’s a day designed to help recognise and honour indigenous populations across the world. However, Patriotic Alternative attempted to hijack the event in an attempt to spread the Great Replacement conspiracy theory.

The theory proposes that due to a combination of high immigration and lowering birthrates, the native white population will be replaced. This conspiracy theory been the justification and inspiration for a series of terror attacks across the globe.

The theory has previously been spread in York by another white nationalist group called the Hundred Handers, and it was this group that raised donations to support the creation of the banners that went up this weekend.

Students at the University have reported to Vision that they have seen sponsored Facebook posts from the group, meaning that Patriotic Alternative could be specifically targeting potential students.

Since a picture of the banner outside York Minster was posted online, chalk messages have been left on the steps stating “Love the Stranger, Refugees Welcome”, and passages from Leviticus.