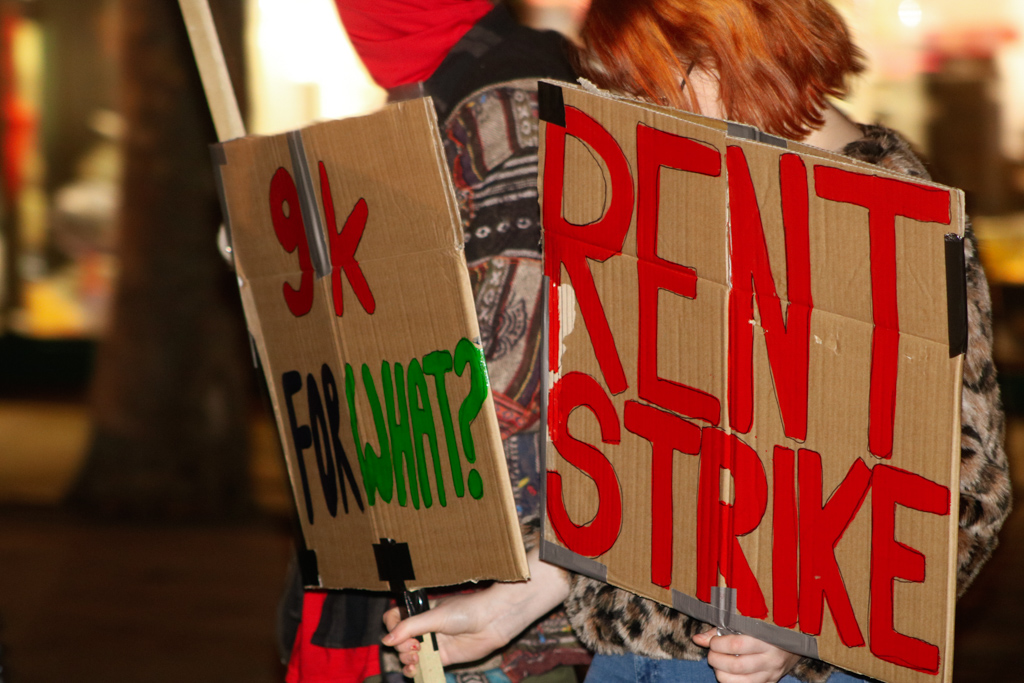 The two student groups were represented by a few individuals each, with representatives from both the Trade Union Council (TUC) and Socialist Alternative present “in solidarity”; a sharp contrast to the protests with a much larger attendance previously held on campus.

It has been reported by Nouse that over 200 students are ready to commit to withholding rent payment from January 31, although a YSSN source had confirmed that 200 is an aim, and not a current achievement.

YSSN estimates this to be worth almost half a million pounds.

One TUC representative, a local primary school teacher, told Vision that they were present to stand alongside student action “particularly with the pay freeze and retail cuts”, although those were not the issues that the YSSN were on face value campaigning for.

Students and members of the protest focused on a number of points, but mentioned at length the discussion about how teaching should be done, be it in person, online, or blended.

While they commented that staff and students don’t want any in person teaching, this contradicts the University’s own data that suggests over half of students prefer a blended approach, with an average sample size of over 1,350.

It is still to be seen whether or not York will see the sort of concessions students in Manchester have, but YSSN appear to be confidently continuing, as are the anonymous RevSoc group who are behind a series of graffiti, including on the Grade II listed Heslington Hall.