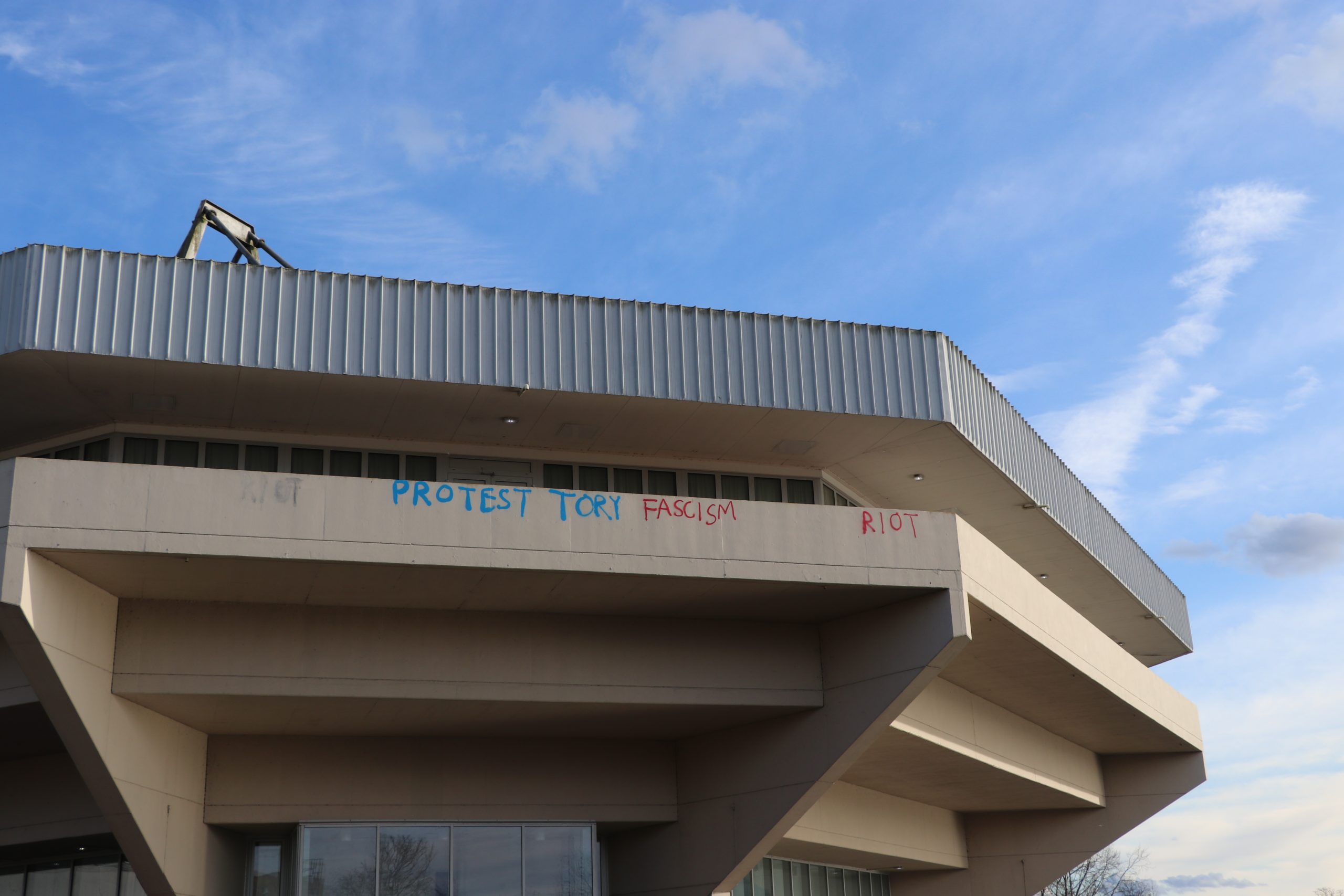 This comes as the latest addition to a wave of vandalism over the last year, with a York Vision freedom of information request finding that graffiti removal in the first term of this academic year was four times that which the University spent the entire year before.

The University of York have attempted to remove these instances, but their trace remain as ghosts of student anger, containing similar anti-Tory rhetoric, and calling students to riot.

While York’s “Revolution Society” claimed the last two notable graffiti campaigns, this appears to be differentiated from those occasions by being only one instance of graffiti, whereas before they have targeted several locations.

No one as yet has claimed responsibility.

Reacting to the 19 November graffiti, a member of the University of York’s Security department commented to Vision that:

York Tories have told York Vision that they “contest the nature of the expressions illustrated on the walls of Central Hall, but continue to advocate the rights of free speech on campus, as long as they are expressed peacefully and in absence of criminality. To this end, the author of the comments is entitled to brand the Conservative Party with whichever epithet they deem appropriate.

“However, the defacing of University buildings to convey this message is illegal and a condemnable form of protest.”

They continued to say: “The comments will neither dissuade nor prevent us from representing conservative beliefs at the University of York, and we look forward to returning to campus and hosting a wide range of events for our members as soon as feasibly possible.”