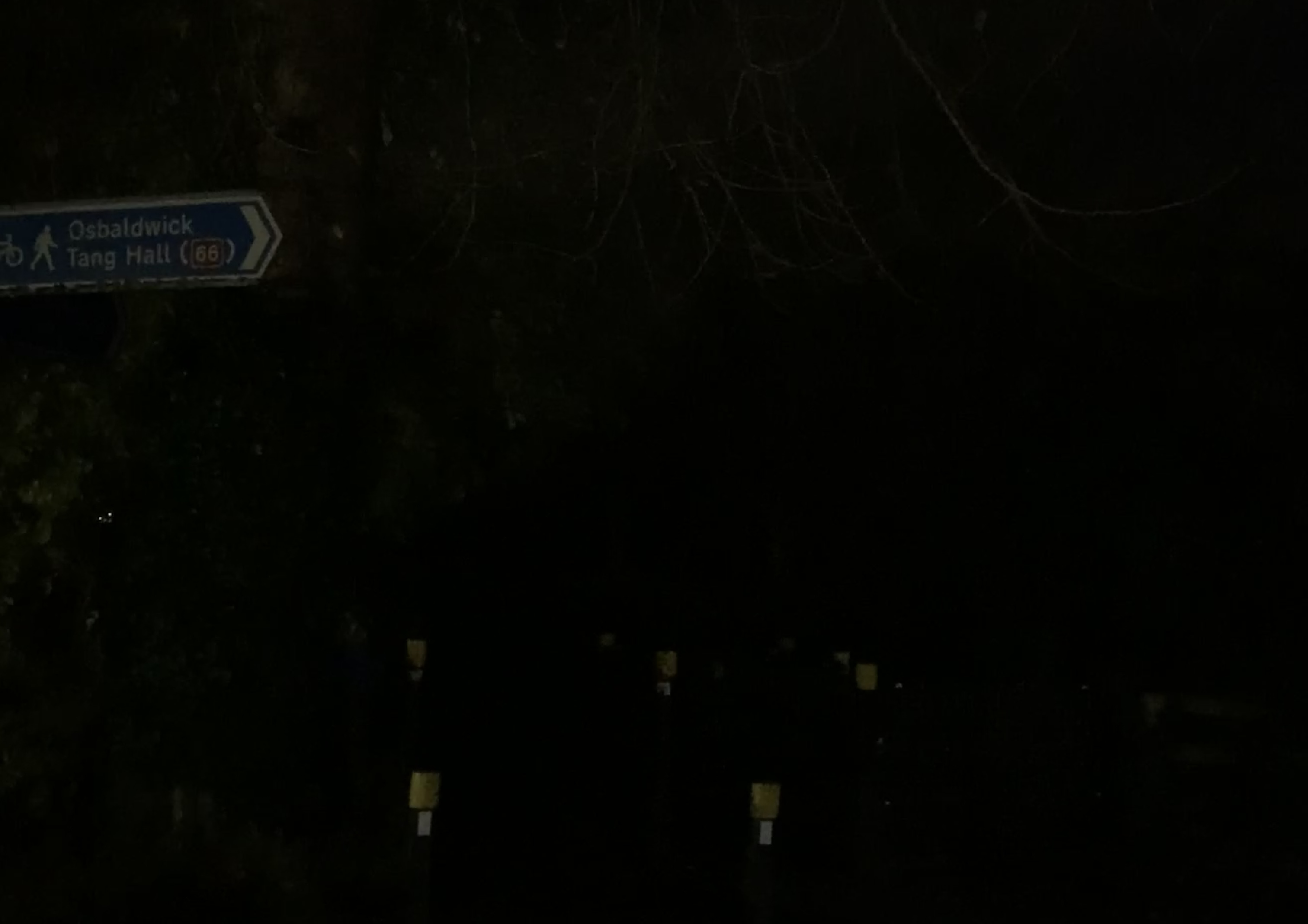 A city of York Council spokesperson has confirmed that there “are no plans to improve lighting at Walmgate Stray”, despite students telling York Vision they feel unsafe walking there at night.

They said: “The Council has investigated the possibility of making improvements in the past but there were concerns about impact on wildlife as well as the significant cost of installing a power supply.”

YUSU Community and Wellbeing Officer Kelly Balmer told Vision that she has “been disappointed to hear the response from [City of] York Council with regard to the lighting, or lack thereof, on Walmgate Stray.”

Balmer had been meeting with councillors since the start of October, and felt that there had been some progress made despite “significant resistance from one of the councillors”.

In 2013, Councillor Levene, councillor from 2011 to 2017, recognised that “there are still concerns about some areas in York”, saying that he’ll be “working on improving lighting on Walmgate Stray”.

The improvement made was to install ‘luminous way markers’ to help identify the alignment of the path. Third-year English Literature student Maia Bates told Vision: “I appreciate that they have tried to do something, but it’s not really enough, the lights that are there don’t do much.”

Balmer said “the council has expressed concern for wildlife”, but she feels there are ways of making the area better lit without harming it. She also “feels that the cost of making a significant proportion of residents feel safer should not be a barrier to making people feel safe”.

Third year International Relations student Sara Seth said that “the lack of adequate lighting on Walmgate Stray is a real concern for young women like me”.

She added: “Improving lighting is such a small thing, but it makes a huge difference to how safe women feel on our streets”.

When asked of any additional plans to protect women’s safety, Councillor Denise Craghill, Executive Member for Housing and Safer Neighbourhoods, said: “We want York to be a safe, attractive and welcoming city for all.

Whilst comparatively York is a safe city, we know there is more to be done to make our city safer.

“City of York Council works with a wide range of organisations including Public Health and the Police to keep our city safe. Tackling crime and anti-social behaviour in the city is a priority and the Council will be incorporating outcomes aimed specifically at addressing safety for women and girls in our work.”

Sara also recognised that York was a relatively safe city, but added that “it can be scary walking alone in the dark given all of the terrible incidents of violence towards women that have been in the news recently”.

The Council recently submitted a bid for funding to improve lighting in the city as part of the Safer Streets initiative.
They are waiting to find out if they have been successful.

In addition, Councillor Andy D’Agorne, Executive Member for Transport, has offered to host a meeting to discuss improving lighting.