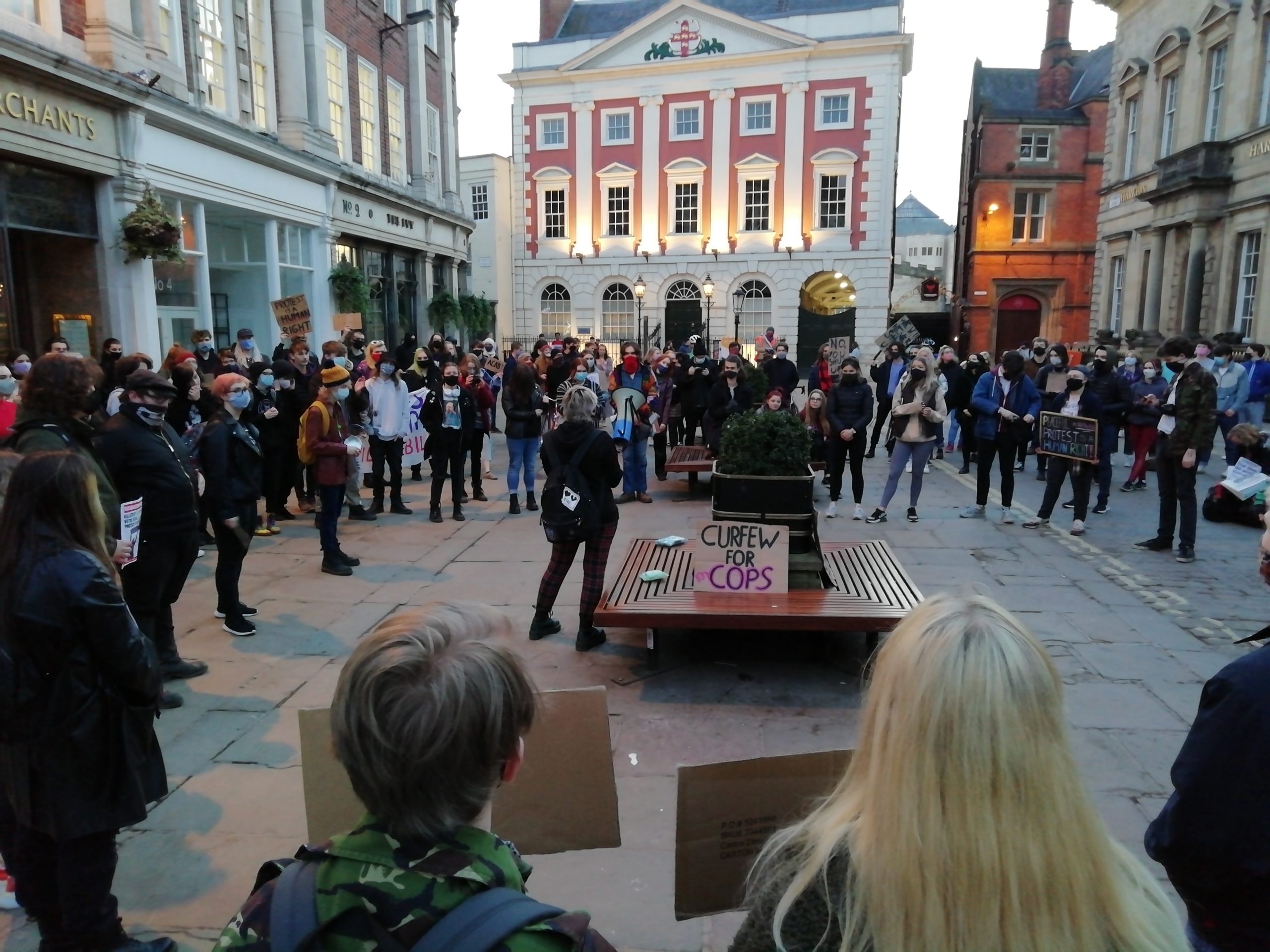 A peaceful protest with over 250 people happened in St Helen’s Square at 5pm on Wednesday, organised by a coalition of many campaigning groups operating together under Kill the Bill York.

The protest was against the proposed Policing, Crime, Sentencing and Courts Bill, which if passed by the House of Commons will give the police increased powers to impose restrictions on protests.

This bill was made in the aftermath of the Sarah Everard vigil on Clapham Common on Saturday, which resulted in accusations of Met police oppressing women.

Kill the Bill York stated that “The right to peacefully protest is a fundamental human right and essential to maintaining our democracy”.

Their campaign is on behalf of “all who have faced police violence and will act against the increasingly authoritarian and divisive politics of our current government”.

The atmosphere at the protest was spirited and loud, with many holding placards and chanting phrases like “kill the bill” and “no justice, no peace, no fascist police”.

As the protest gained traction, the crowd spontaneously marched from St Helen’s Square to the Minster, continuing along High Petergate and completing a circuit back to where they’d started.

There was a range of speakers from the Socialist Appeal, York Marxist Society, trade unions and the crowd, voicing the need “not just to resist this bill, but to fight for the social change we need to see”, and raising a number of vital issues surrounding the bill.

Maurice Cooper, a member of Socialist Students and present at the protest, said, “You can feel the anger in the air”.

“People just despise the cops at this point”, he said, also remarking on how impressed he was at the turnout.

One speaker said, “The aim of today is to make as much noise as possible while we still can… if they come to arrest us, there will just be more of us next time”.

Another protestor expressed that while it was a “privilege to be able to feel safe whilst protesting in York,” the protest was lacking in diversity.

“During today’s protest,” they said, “I was looking around to see if there were any black women in the crowd, and realised I was the only one there.”