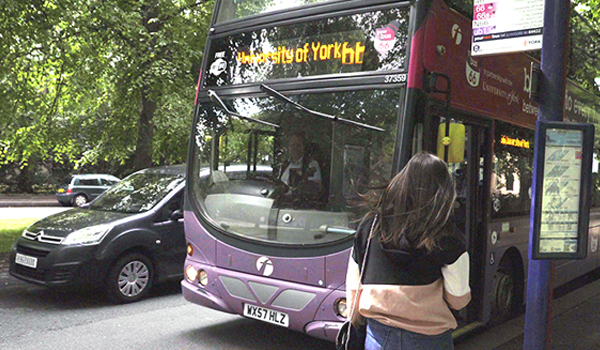 First Bus York have announced service changes to take effect from this Sunday.

It was also announced in the release that the UB1 campus shuttle will be returning as expected, it will be “running up to every 30 minutes Monday – Friday daytime”.

In addition to these returning services, First Bus has announced the CB1 Clubbers Bus, which replaces the N66 after its cancellation at the start of the pandemic.

First York described this as a “new overnight service operating 7 days a week and offering departures from midnight to 4am from the City Centre to the University of York”.