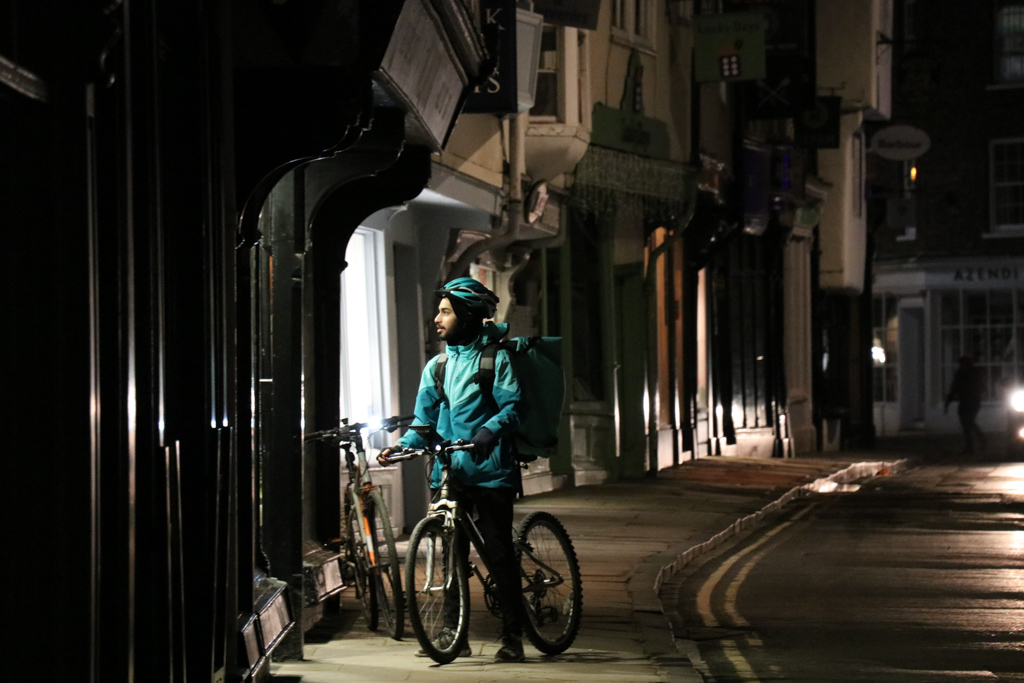 Delivery riders for Deliveroo stood together at St Sampson’s Square on Wednesday, striking for better pay, better rights, and better safety for riders.

The strike in York was part of national action organised by the Independent Workers of Great Britain (IWGB), a group who say they “represent sections of the workforce which have traditionally been non-unionised and under-represented”.

As part of the strike, speakers including Labour Councillor George Norman, gave their support to riders striking yesterday.

Norman told the crowd: “I probably shouldn’t say this, but you can’t wait for the politicians and the lawyers to sort it all out for you. It’s only the strength of an industrial union coming together, fighting back as one tirelessly, that will ever stop them.”

IWGB’s Women and Nonbinary Officer Frances Scaife shared her experience of harassment while working for Deliveroo, criticising the company, which employs 110,000 risers across the world, for not doing enough for its workers.

In a speech, she said: “I see stories from members everyday. I have countless accounts in my inbox of people who have been driven to depression and suicide by this issue. People who are now afraid to accept jobs in certain areas because of safety concerns.”

Scaife told York Vision: “This feels bigger than anything I’ve heard about. Look at some of the action that’s happened down south; it’s come at a really inconvenient time for Deliveroo”.

Deliveroo’s IPO last week on the London Stock Exchange was disappointing to many investors, with shares being initially offered at 390p each but closing the day 14% lower at 284p per share.

Six major UK based investment firms said that they would not buy Deliveroo stocks, after the Bureau of Investigative Journalism reported that around one third of riders were being paid less than minimum wage for their work.

Deliveroo told the BBC earlier this week that IWGB “do not represent the vast majority of riders who tell us they value the total flexibility they enjoy while working with Deliveroo alongside the ability to earn over £13 an hour”.

Scaife disagreed with Deliveroo’s statement, saying: “There’s a lot of people fighting for our cause who aren’t even riders themselves, so I think Deliveroo’s statement is just a bit pants really. We have many many hundreds of drivers within just the couriers branch alone.”

Scaife told Vision that the best way to for students to support riders was to make them aware of union support:

“Leave them a note and let them know that the IWGB is there for them, that we’re a union that can support them. Tipping what we charge for subs, giving them a little extra so that they can join a union helps as well.”