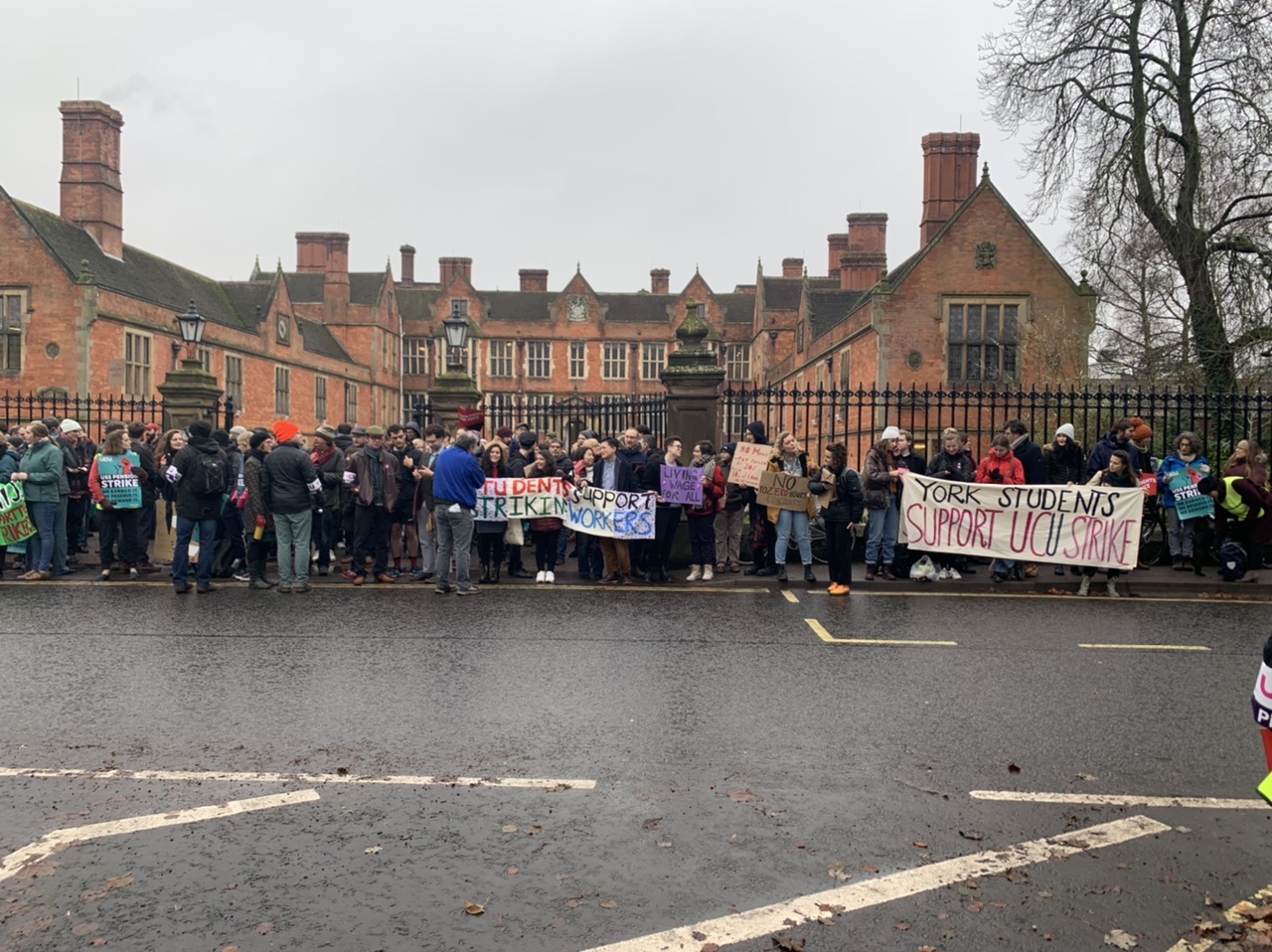 The Universities Colleges Union (UCU) has announced another wave of strikes to protest pay, equality, casualisation and workloads as well as changes to the Universities Superannuation Scheme (USS).

The strikes will consist of 14 days of walkouts at 74 universities between February 20 and March 13. The dates for the strikes are thus:

The dates coincide with the final weeks of the University of York’s spring term and the last two days of voting of this year’s YUSU Elections. Because of this, handling of industrial action is likely to soar to be high on the list of hot-button tops for wannabe Sabbs.

This is the third round of strikes over the controversial USS changes. The row started with the February 2018 strikes in which lecturers walked out over a four week period extending into March 2018.

UCU general secretary Jo Grady said in the announcement: “We have seen more members back strikes since the winter walkouts and this next wave of action will affect even more universities and students. If universities want to avoid further disruption they need to deal with rising pension costs, and address the problems over pay and conditions.

“We have been clear from the outset that we would take serious and sustained industrial action if that was what was needed. As well as the strikes next month, we are going to ballot members to ensure that we have a fresh mandate for further action to cover the rest of the academic year if these disputes are not resolved.”

The University and YUSU have been contacted for comment.