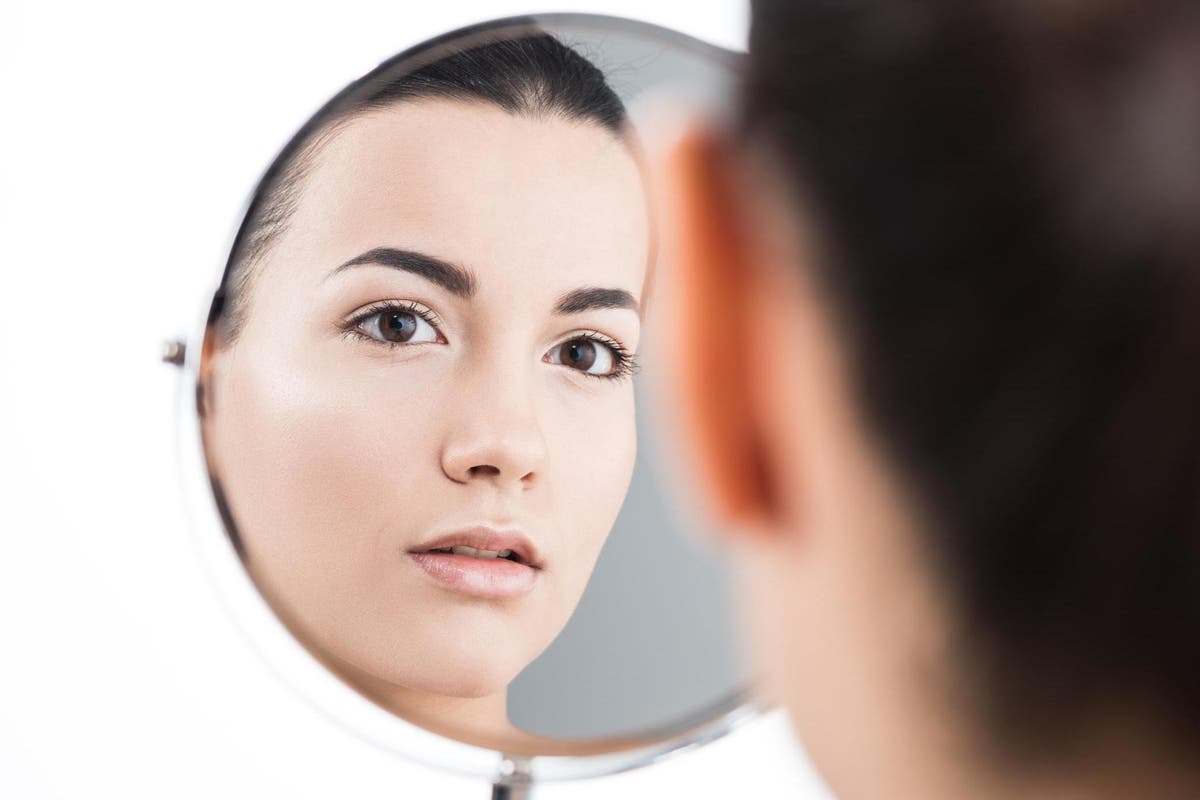 For those of you who haven’t met me, I’m approximately 5ft 9 inches tall, and for a woman in the UK that’s well above average. And it wasn’t like I suddenly had a growth spurt and became that tall either – I’ve been around 180cm since I was in Year Eight.

I have quite a tall family, so I’m used to being surrounded by taller people, but being barely thirteen years old and towering over everyone my age was incredibly daunting. I remember my Dad being concerned that I’d grow to be around 6ft, which is quite ironic to me now considering my best friend is actually that height.

But despite being quite tall, I’m not your stereotypical stick-thin model. In fact, I got a pretty good fifty/fifty from my parents in terms of my body type: I’m tall, but I’m also curvy. And that mix has always caused me to have issues with body image, to the extent I now have a pretty strong case of body dysmorphia, something I believe I have suffered with since I began secondary school.

Body dysmorphia is horrific. It’s something I suffer with daily, to various degrees, and I know is a mental health issue that plagues so many individuals regardless of gender, sexuality, race, ability, or age. It’s something that I wish was talked about more, identified more, treated more, but unfortunately, we don’t live in an ideal world.

I didn’t discover I suffered from body dysmorphia until I came to university, and the realisation for me was heartbreaking. Looking at the list of symptoms on the NHS website and realising that not only did I suffer from every single one but had done so for all of my teenage years was indescribable. I almost felt like I’d been wronged and, for a while, it made my symptoms worse, but now a year on I’ve come to terms with my self-diagnosis.

My body dysmorphia first began to manifest when I started secondary school. I’d wake up hours early before school to do my hair and makeup and if it wasn’t exactly how I wanted it to be, I’d often end up late for school or crying hysterically in my room. As someone who has been through Children and Adolescent Mental Health Services (CAMHS) multiple times, this was something I brought up at every single referral, to no avail.

I live my daily life obsessing over my appearance. I wonder when I can next excuse myself to the bathroom, simply so I can look in a mirror. I stare at my reflection in the windows as I walk through the city centre, also known as body checking. To the outside observer, this makes me look incredibly vain and self-centred, and I completely understand why, but believe me, fretting for hours over my makeup and not being able to attend school is not something I did voluntarily.

To put it simply, I just don’t have a perception of myself or how I look. I know I have orange hair; I know I’m quite tall, and I know my eyes are blue, but apart from that I couldn’t really tell you much else.

Now there are some days when I do have an image of how I look. If I’ve put on one of my favourite outfits, or I’ve gone out for the evening with friends and have taken some nice photos, then I have somewhat of an idea of my appearance. And you can usually tell when those days were based on what I post on Instagram. But even still, when I look back at photos from months ago, I still don’t recognise myself in them.

The most triggering thing for me, in terms of my body dysmorphia, is definitely my weight. In the past year, I’ve been the thinnest and the heaviest I’ve been post-puberty and my experiences of both are starkly different.

When I was thinner, I was never underweight, but that doesn’t mean I didn’t suffer from disordered eating. I had comments from friends and family saying how thin I was, and sometimes how they were concerned for me, but I never saw it because I knew my BMI was “healthy”. I could, however, see that my eyes were more bug-like and my skin appeared thinner, but the only reason I ever noticed that was because it made eyeliner harder to do (damn hooded eyes!).

Now, a year on, I’ve dealt with a lot more stuff in my life that has contributed to me gaining weight. I changed contraceptive pills, got spiked in the first term of my second year, then I was ill for weeks, and then I got COVID-19, so I don’t blame myself for gaining weight because I can contextualise it.

I also adapted my makeup style and dress sense to something that felt more like “me” and became more confident in the identity that was attached to my style. However, this doesn’t mean my body dysmorphia disappears because when I am complimented, I usually take it to mean I’ve put effort into my outfit. To make matters worse, I still have the misogynistic, societally ingrained idea that I’m a ‘catfish’ simply because I’m good at transforming my facial features using makeup.

Does that make me a fraud? Am I a hypocrite if I advocate for positive body image when I suffer from body dysmorphia? Of course it doesn’t.

In many ways, I am very much on the road toward combating my body dysmorphia.

As of right now, at my heaviest weight post-puberty, I’m the happiest I’ve ever been. As someone who has suffered from depression since I began secondary school, I’m incredibly blessed to have great friends, a mostly healthy family, and the amazing opportunities I’ve had whilst at university. I now enjoy putting makeup on because I wear it for myself and actively look forward to trying new cruelty-free makeup products.

I am also incredibly confident in my style of clothing and how I accessorise. I got multiple ear piercings last summer which, even though is such a subtle change, has helped me greatly in forging an identity that feels like “me”. I’ve also started wearing clothes that accentuate my curves rather than hide them, something teenage me never dared to do, and desperately look forward to going out with friends and putting on a nice outfit. I’m incredibly proud of the progress I’ve made, and it took coming to university for me to do so, but I know I still have improvements to make.

I know that my relationship with my appearance isn’t perfect, and I still suffer daily from body dysmorphia, but the acceptance I have begun to show my body is a step in the right direction.

Any student experiencing psychological or mental health difficulties does not have to struggle alone. Support is available through the University at University of York Report & Support Tool and the Open Door team.

To find out more about body dysmorphia, visit the Body Dysmorphic Disorder Foundation or the NHS website for information on accessing help and support.