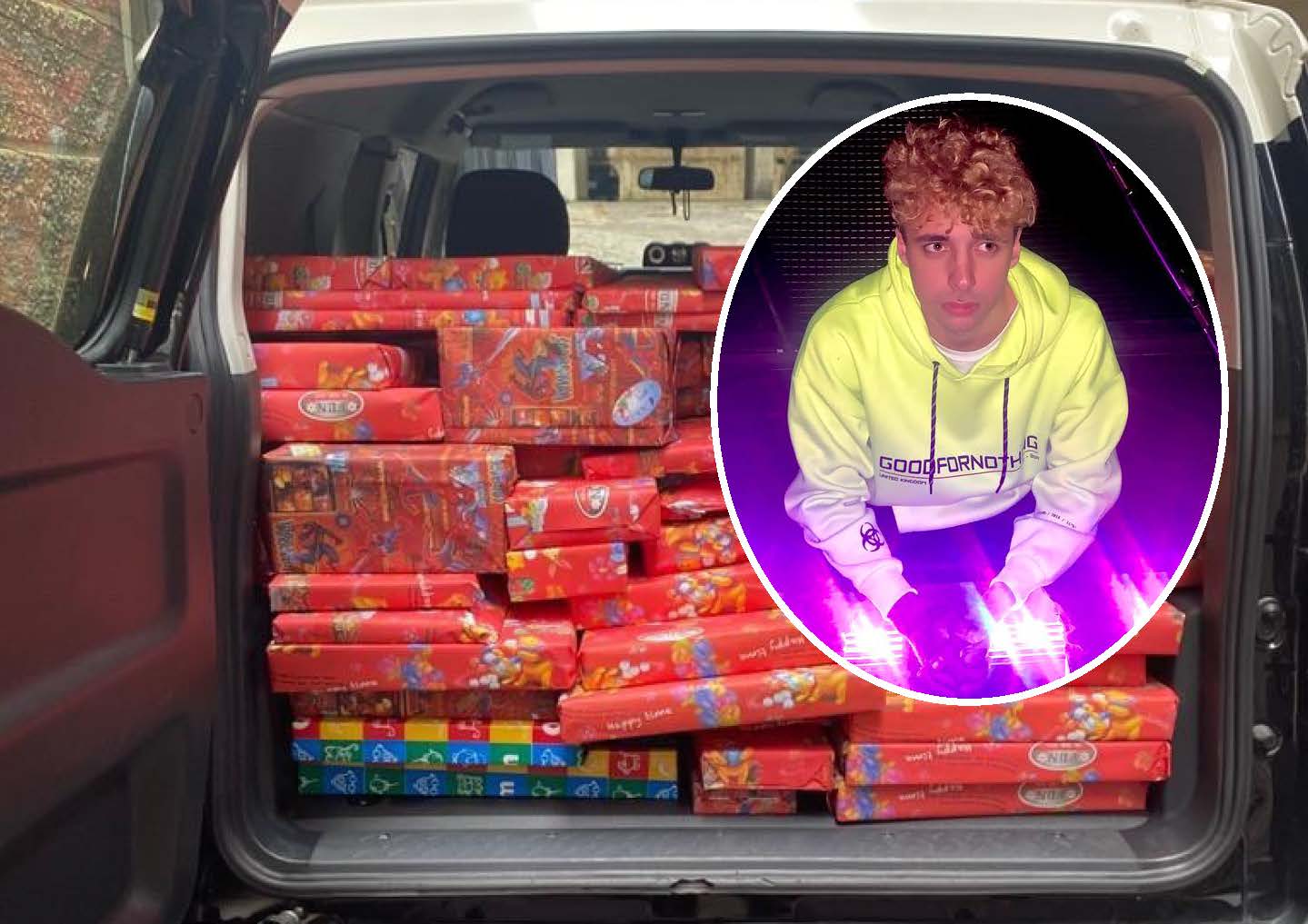 Giovanni Paine Nassif was in hospital on 4 August, when approximately 2,700 tonnes of ammonium nitrate in Beirut’s port formed a mushroom cloud above the city.

One twentieth of the size of Hiroshima’s atomic bomb, Giovanni remembers that: “The hospital moved. Chairs fell down. And I was like – someone’s attacking us in the hospital. That was my – it was everyone’s – first reaction. Even the fire alarm in the hospital turned on, and from the point of the explosion to the hospital it’s 20 minutes away. You know that explosion – they even felt it in Cyprus?”

A second year Law student at the University of York, and captain of Hes East Tennis, Giovanni had returned to his home country during a pandemic-strewn summer.

Living on the mountains just 15 minutes from the city, he had grown up intimately familiar with the skyline now devastated in a 10km radius from the blast site. He recounts how it was the focal point of the country he grew up in: “If not in Beirut, very close to the borders of Beirut is literally everything. So if you want to really live in Lebanon, you have to go to Beirut almost every day.”

However, after the explosion, his attention was drawn to the most vulnerable in his society. With some 172 deaths alongside 6,000 injured, Beirut’s tragedy combined with an economic downturn in which the Lebanese Pound’s value dropped from approximately one US Dollar for 1,500 to now one for 8,000. According to Arabian Business, prices in the country have soared up to 699%.

Consequently, on 6 August, UNICEF predicted that 80,000 children were displaced by the blast.

“Hundreds and hundreds of kids lost their families, homes,” Giovanni told me. “If you see the statistics about homeless people, homeless kids, it will blow your mind.

“The government is very, very corrupted, so the help is not going to come from them to these kids. And I was like – if these kids will have help, it has to come from outside.

“But these kids, they don’t have parents. They have zero opportunities to do that; they have to stay in Lebanon. That’s why it’s our responsibility to help them.”

So Giovanni decided to do something – “I was like, I’m going to give it my all. 100%, if I have to do it 24 hours a day. So I started contacting my friends first, and said: ‘Guys, I’m starting this campaign, please share it to everyone.’

“My connections really helped me. When I was between eight and fourteen years old, I was a junior tennis player, so I had to travel a lot in many countries – Egypt, France, Croatia, Italy, Greece, Sweden.”

Giovanni has to date raised nearly £8,900 to give children in Lebanon a happy Christmas, with supporters worldwide – a tradition that he assures me is a focal point of the Lebanese year, despite a 58% Islamic population.

Taking to social media, any friend of his will be acquainted with his torrent of promotion for the cause – “I asked my friends: ‘Don’t you think it’s annoying?’ And my friends said: ‘No, Gio, keep going. It’s not annoying. You have to get into people’s heads.”

In fact, he credits the second lockdown with aiding his cause – as students attempted to find some form of life within their phones, he, in effect, had a captive audience.

However, Giovanni’s task was made all the more challenging as the weaknesses in the Lebanese political system were exposed by the blast, with foreign countries refusing to supply aid to ease the country’s economic collapse without reforms to counter systematic mismanagement and negligence.

So, in donating, he realised he had to be a bit creative.

“People warned me to not donate money to these organisations, because they can take that money.

“So I was like: ‘What if I already buy the gifts – they won’t take the gifts for themselves. They have to give them immediately to the kids. Or if it is the Christmas cakes, they can’t then take that money and spend it. So to avoid a situation where they take the money, I’ll just buy the gift, and immediately send it to them.”

Recruiting friends and family, he sends the money he has raised back to his home country for them to un-stock the shelves and ferry gifts across to charities attempting to aid the Lebanese children.

One such charity is Afel, which shelters and cares for abused children. More recently, they have also been providing free psycho-social support to the children and families affected by the Beirut explosion.

His fundraising effort is perhaps made all the more astonishing as a result of Giovanni’s struggles with ill health. Suffering from chronic fatigue, a long term illness with symptoms of sleep problems, muscle or joint pain, and extreme tiredness, he has had to balance his responsibilities at university with weekly treks to London for treatment.

“My friends always tell me: ‘Gio, how are you doing this? How are you not on the ground right now? Because, my condition is so bad that this summer, while playing, I blacked out on a tennis court – literally blacked out. So I come back exhausted every week.

“But at the end, I also think these kids are a bit more important than me because they are the future of my own country. So I have to take care of them.

“You know, no matter the excuses I have: I have to go to the hospital, I’m exhausted, I have chronic fatigue, infection, my budget and all that. No matter how bad it is for me, they always come first, you know.”

If anything, Giovanni explains how his experiences of illness helped to focus his attention on the issues at the heart of the devastation left by the Beirut explosion.

“The worst thing about it was when there were some medicines that I needed to get, but I couldn’t because they were not available in Lebanon after the economic crisis. If these kids can’t have the medicines, what will they do if they need help?”

Throughout the interview, Giovanni was keen to highlight the generosity he has experienced from his fellow students.

“[One friend] told me he’s broke, and two days after he gave me £15. I said: ‘I thought you were broke.’ and he was like, ‘Yeah, but man, it’s amazing what you’re doing. And even if I’m broke, what you’re doing is more important than me having to pay attention to my money.'”

The success of his campaign has shocked the charities that Giovanni has donated to – assuming that they’re the result of a rich benefactor, or an adult who has set up a charitable foundation.

“When my parents, my friends told them: ‘No it’s actually from our son, and from our friend, a uni student who lives in England’, they are a bit surprised by it. They send me messages like: ‘how did you do it?’”

While you could not blame him for taking a well-earned break, Giovanni looks forward to personally taking his campaign forward into the new year. Quickly working his way up the ranks to become a tennis instructor, he plans to give half of his wages to the children of Lebanon.

“Tennis played a really important role in this campaign”, he told me. He gladly acknowledges the “trust” his fellow players have given him at York, while injury prevents him from climbing higher than his position of 3rds Captain.

As someone who has personally witnessed Giovanni’s explosive teaching style, I can only attest that he brings his sheer intensity of determination, so evident in his fundraising, to every aspect of his life.

The tennis community has been supportive in other ways, with Giovanni hoping that his recent feature in a post by the Lebanese Tennis Foundation can help him push towards £10,000 by 24 December.

However, when I asked him whether he was proud of what can only be applauded as a truly astronomical fundraising effort, he was unwilling to admit his full achievement.

“Is a relief, you know, it’s more a relief. It’s more relief than pride or anything. Imagine you and I were in their place. Wouldn’t you hate that people didn’t do anything for you?

“With all the circumstances: bad country, economic crisis, explosion, danger – it’s dangerous to walk there sometimes – but also, you lost your parents. What can you have worse than this?

“Most medicines are not available in Lebanon now. So if you get a disease, what can you do? What can you get worse than this?

“It’s not that I stressed about it, it’s one or the other. If I don’t do something, I can never look myself in the mirror again.

“I feel it’s not something people should congratulate me about. It’s a normal thing. It’s something everyone should do.”

If you would like to donate to his cause, Giovanni would love you to message him directly, or email him at [email protected].