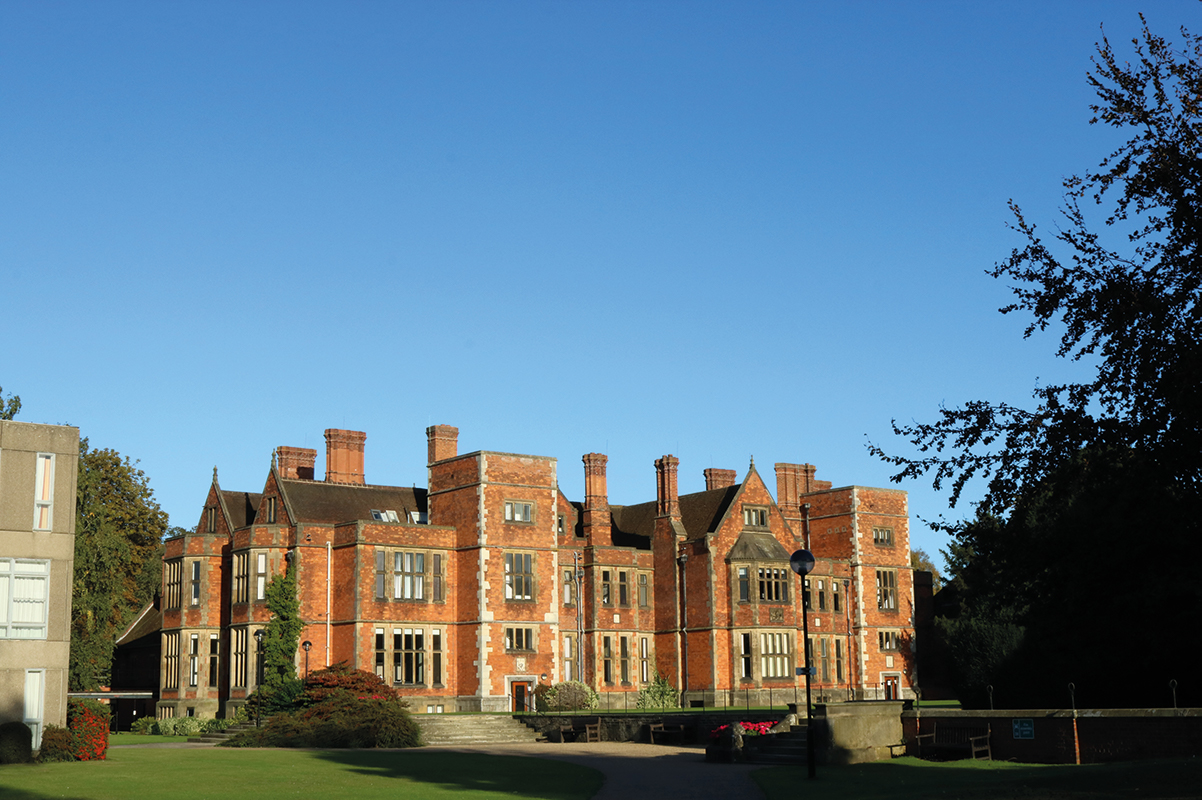 Two years ago, on 1 February 2020, the University of York found itself at the centre of national media attention, as the University confirmed that one of the UK’s first two COVID-19 cases was a York student visiting the city.

For Vice-Chancellor Charlie Jeffery, the news came the day before, when it had been made public that two cases had been discovered in York.

“It is very clear in my memory, because I was outside the country. I was visiting our partners at the University of Maastricht when I got the phone call, saying this might be the case, and then it was confirmed.

“It was a very ceremonial thing, their big annual procession at the start of the year. So there’s this picture of me wearing a gown and walking through the city with my phone glued to my ear.

“It was clear that it was going to be a big thing straightaway to me, because it was the first confirmed UK case. When you have a community of staff and students, close to 25,000 people who thrive on close proximity, you think: ‘Oh, this is going to be something really quite challenging’. So it was a big thing.”

Then-YUSU President Samara Jones found out about the student’s positive case the next morning, while the Vice-Chancellor was on his way back to York from Maastricht.

Jones said: “It was a normal Saturday morning of college sport, society, dance classes, things like that.

“As I was getting ready for netball I got a call from one of the directors at YUSU, 9:30 in the morning and it’s the director going ‘we’ve got a case of COVID-19, at the moment you don’t need to do anything, you can’t tell anyone by the way, here’s this information that you’re one of the only people to know, let the Sabbs know something has happened but don’t tell them what’.

“I was going to pick up Maddi, who was the Sports President, because we were going to this game together, so I told her ‘if my phone rings, answer it, get me off the court’.

“We were on standby for a little bit. By 11:30am students started getting emails, so we were all then having to get statements on our social media accounts … [they] gave us a holding statement, because we just wanted one clear message.

“At that point, basically all we knew was that it’s a student, we didn’t know much about COVID-19 so we couldn’t get into in-depth questions because we didn’t have any answers.

“By 1pm I was in the office and we were writing the statement, 2pm I was running home to get changed and grab a meal deal and by 3pm I was on national TV, which was probably easier given that I didn’t have time to think about it. It was very much ‘okay, you’ve got to act now, we need to write a statement because we’re going to go stand on those steps and read it’.”

Jeffery also didn’t have much time to think about the statement he was expected to make on the steps of Heslington Hall, and in fact he almost didn’t make it back in time.

“I got back as soon as I could, having had three hours stuck just outside the tunnel in Folkestone with delays on the train.

“I just got back in time for it and then went out with Samara to do all we could at that moment, which was that we recognised how anxious people were feeling about this news.

“We passed on what information we could pass on because the public health authorities didn’t really know either the details of the case or how COVID-19 worked. So the real focus was on understanding that anxiety and responding to it.

“We got a phone bank set up very, very quickly. It was extraordinary, we had all sorts of people volunteering to go on it. We didn’t have any shortage of people. It was staff, it was students, it was parents, it was members of the public in York.”

As Jones and Jeffery prepared to face the media, they discussed whether they should speak separately or together.

Jones said: “It was quickly decided we’re going to go down together, partly because I don’t want to walk down those steps on my own as a trip hazard, but we wanted to present a united front”.

The Vice-Chancellor said it was important that they stood together that afternoon, telling Vision: “It was so important that night to have Samara next to me because of some of the issues, with students being seen by some people in the city as a problem. We are the University and students together, so it was important to offer ourselves and give reassurance to the city.”

As news of the COVID-19 cases on campus spread, so did fears of racist responses to the virus. Student radio station URY reported stories from students of racist statements made in the city, and Vision reported an anonymous ‘confession’ on a popular student Facebook page which suggested that the University and YUSU were happy to “twiddle their thumbs” and “let the Chinese swarm over here and kill us”.

Jeffery said: “It was something we worried about from the outset, outside Hes Hall we were basically saying ‘we’re all in this’, and that was slightly coded.

“But it was saying: ‘Look, don’t don’t pick on anyone because of this, you know, it’s a disease, they transmit’.

“In the days afterwards, I was made aware of some incidents in the city and I became aware that I think Yorfess or one of those anonymous websites had some pretty awful stuff on. We put out an announcement on 4 February, me, Samara from YUSU, and the head of the GSA. It was a joint statement, which said that we’re not having it.”

Jones also recalled her concerns about a racist reaction to the COVID-19 cases.

“It’s not nice for somebody to have mean stuff said about them, but then to target them in a discriminatory way and a xenophobic way, it’s even more horrific.

When asked to reflect on whether he would have done anything differently when the first COVID-19 cases were found two years ago, knowing what we know now, Jeffery said: “I can’t really say there is, partly because there was very little choice involved.

“It was the first case, there was huge spotlight, the responsibility on us was to deal with that in a calm and reassuring way and compassionate way, and I think that we did, and with all that I know about COVID-19 I’d probably say that was about the right approach.”

Of course, none of us knew what the next two years would bring, as Jones told Vision: “I said from the start ‘I think it’ll blow over in two weeks’. It did after those initial two weeks, but about a month later…it did not.”