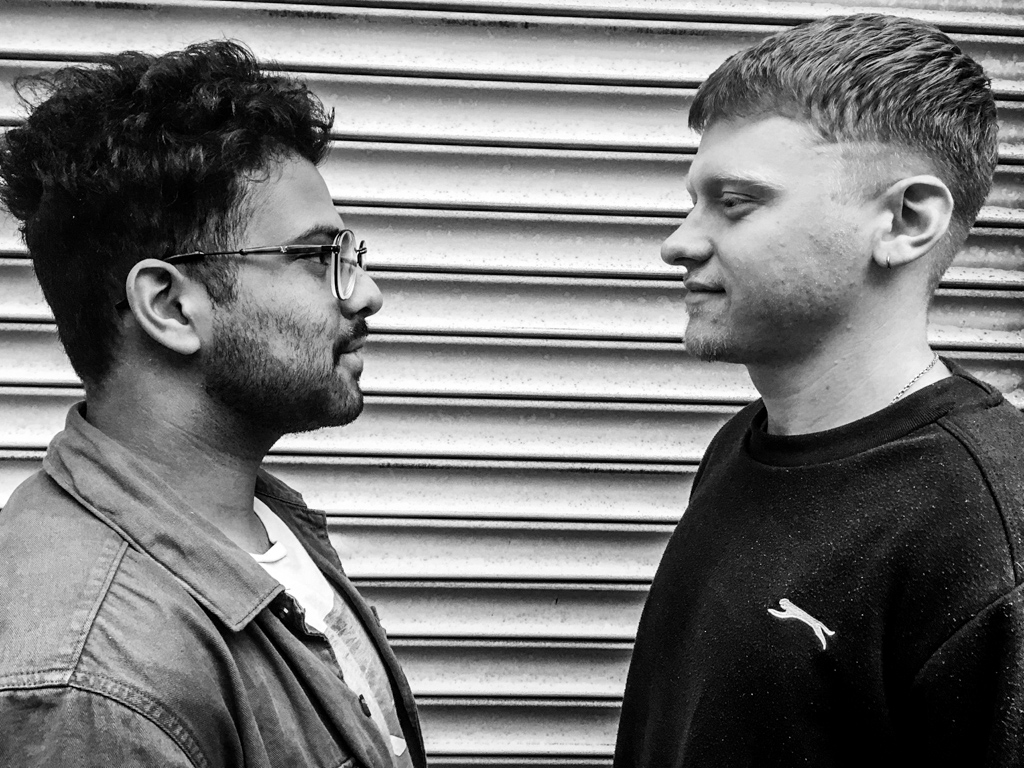 Tom and I have lived together since our first year of uni. We recently had to go into lockdown in our house, as one of our flatmates tested positive for COVID-19. We sat down and spoke about our experiences locking down together.

Perkin Amalaraj: So why did you start growing your goatee?

Tom Willett: The lack of contact with humans outside of my close circle meant that I could radically experiment with my facial hair without facing the inevitable social judgement, ridicule, and exclusion that a semi-invisible ginger goatee would bring.

P: There were only six of us in the house and with that isolation, it was almost like you could just go a bit insane. It was kind of okay. That’s why I started it, at least. It was like I had permission to get an odd bit of facial hair. Why did you specifically choose a goatee?

T: Honestly it was purely a practical decision, it was the only thing I could have grown. I do like Robert Downey Junior. I model myself after him, a bit.

P: It’s weird, my moustache makes me look like my dad, and there’s a whole load of issues that comes with that.

P: It is a bit. Still, I think it’s quite fun to have. I’m keeping it for the moment. I’m going to keep it for as long as possible, until I go back home.

T: The thing is, you have a fairly generous helping of facial hair, whereas my facial hair is a bit patchier.

P: If you had a choice on what facial hair you could have, would you still grow a goatee?

T: You’ve got to choose a goatee yeah. It’s a bit Dad-core.

P: I’m saying this as someone with a proper Asian dad moustache, Dad-core is not as cool as you think it is. I’m a bit scared of leaving the house now, people might think I’m some kind of pervert.

What was your favourite thing that you either played, watched, or listened to while we locked down?

T: Among Us is currently taking the world by storm. It’s definitely taken our house by storm. Deciding exactly who is and isn’t looking sus in the cafeteria was great.

P: There was pretty much constant UKG and bassline blasting through the house, but I wanted to know if you have any albums that you fell in love with while we were in lockdown?

T: I’ve been listening to an artist called Daniel Romano. His album called “How Thy World Is Ordered” is so good. There’s a lot of quite slow melodic folky stuff there. It’s good for late nights, with that slow period of isolation.

P: I know what you mean about those late nights. I got back into “Blonde” by Frank Ocean. It was something I listened to a lot when I was 16 when it came out and I had a fair few late nights on my own where I’d just listen to White Ferrari on repeat. For the first few days, we did have to properly isolate, all by ourselves. I remember feeling like death, going to bed at like 9pm and sleeping for 12 hours. On that theme of being alone late at night, did you find isolation lonely?

T: Initially, you have a period of illness so during that time you don’t want to see anybody. But no, it’s not really been a lonely experience. I’ve been with my close friends, we’ve done lots of group meals and the like. On the day of Ollie’s positive test, we had a big roast dinner. That was lovely. It 100% made sure we were all sufficiently infected with Covid. I think a lack of significant others must have been tricky for some members of the house, but luckily we didn’t have that problem, did we?

P: I think it’ll be quite interesting to talk to the other members of this house and see how they found not being with their partners. To be honest, I was fine being alone. When I was back at home in March, I actually had quite a lot of fun, just because there wasn’t that pressure to do anything like there was before COVID.

P: There was always a pressure to go out and do stuff and meet people every night. But because no one could go out, suddenly that pressure was released and I could just chill. How does it feel to have finished your two-week stretch in this mini prison?

T: There’s a mixture of emotions. It is somewhat overwhelming. I just went out to collect a package from a few doors down and just having a chat with someone who isn’t my flatmate, God it was exciting.

P: I thought it was quite nice to not smoke for two weeks. I let my lungs have a bit of a breather before going back to the daily grind. At the same time, I did miss having those little vices. We didn’t really get to drink, or go out at all. Instead, I was eating a horrendous amount of chocolate biscuits. It’s nice to have a detox but long-term, I definitely need these things to keep me from going insane. On that issue of having vices, how did you find not drinking heavily?

T: I didn’t mind it really. I didn’t notice any major change, physically or mentally, from not drinking. I just missed the social aspect of it, with alcohol inevitably being associated with social gatherings and interesting nights. It can be healthy to take a break sometimes, just to make sure you’re not reliant on it.

P: We’ve just come out of our house lockdown, but now York’s going into Tier 2 lockdown. How do you feel about that?

T: The ways we’ve got through our isolation will be things to take through to just generally dealing with the restrictions COVID puts on our lives. Listening to folk music, cooking together, laughing together, and loving together will all be vital in the coming months as we get used to a slower pace of life.

P: To be honest, I’m quite looking forward to that. Pre-COVID, pre-pandemic, there was always that expectation of doing something every single minute of the day. All of those expectations have suddenly disappeared. I do quite like that. It’s doing wonders for my hairline and wrinkles. I’m 20 years old, I shouldn’t be stressing out this much about how quickly life hits you.