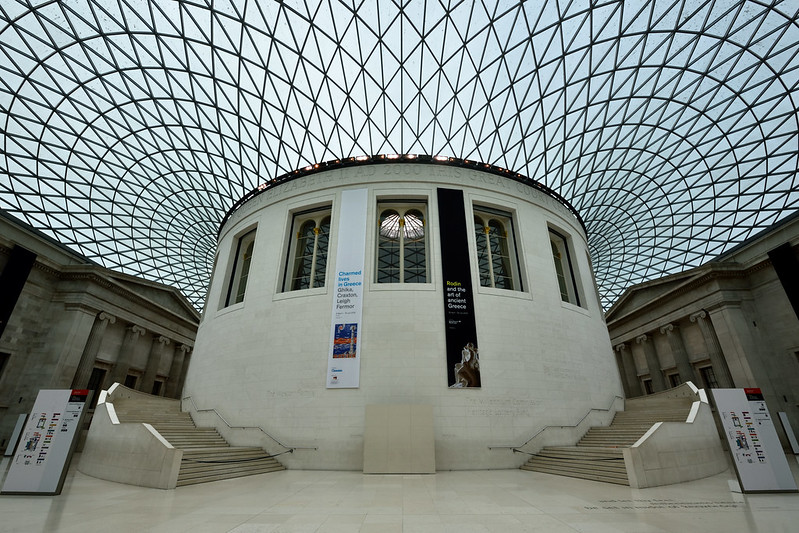 It was only in 2015 that UK taxpayers paid off government debt to compensate British slave-owners for the abolition of slavery in 1835. The British government borrowed £20 million to compensate slave owners, which amounted to a massive 40% of the Treasury’s annual income, becoming one of the largest loans in history. But why is this headline shocking in the first place? Because we are not taught the true scale of the UK’s involvement with the slave trade. Simply put, a nation that doesn’t understand its own history and the roots of its wealth will struggle to understand how power, finance, politics, privilege and inter-sectional disadvantage function so instrumentally in today’s society.

Why was Edward Colston revered, and what about the rest?

As much as we may wish to celebrate the humanitarian aspects of British history, we need to also face the uncomfortable truths. Although William Wilberforce ascended to the British pantheon when parliament abolished the trade in 1807, this did nothing to remedy the plight of more than 700,000 Africans who remained in bondage in the colonies. At the time, Wilberforce himself declared that “before [slaves] could be fit to receive freedom, it would be madness to attempt to give it to them”.

It was not until 1823, 16 years on, that the British campaign to emancipate colonial slaves in fact began. Then, it took another decade – and much pain and several momentous slave rebellions – to force emancipation through parliament.

Slaveholders like Edward Colston have become figureheads for today’s anti-racism activists, but he and men like him were merely cogs in a much wider machine of oppression, injustice, and brutality which defined Britain’s relationship with Africa and the Caribbean.

Another revered figure, the Prime Minister Robert Peel, was a pillar of parliamentary resistance to slave emancipation. In one speech he stated that “moral improvement … alone” could prepare Africans for freedom. In another, he drew Parliament’s attention to the great problem of amalgamating “two distinct and separate races” in a free society. The Duke of Wellington, who became the hero of Waterloo, was the most ardently pro-slavery politician of the 19th century.

How did Britain profit from slavery and colonialism?

For well over 300 years, the Empire and the Transatlantic Slave Trade enriched and built Great Britain. It stimulated British manufacturing and industry through the demand for goods including plantation utensils and clothing needed for slaves and estates.

As Joseph Inikori has suggested, it was the slave trade which allowed the Industrial Revolution to happen. From 1750, with the production of cotton cloth, a new industry emerged in Britain. The wool production trade had previously been Britain’s major industry, but cotton had one key advantage – machinery could process cotton fibres better than wool. As a result, it was in cotton production that the industrial revolution began, particularly in and around Manchester. Thus, slavery provided the raw material for industrial change and growth.

Canals and railways too were built as a result of investment of profits from the slave trade. Banks and insurance companies which offered services to slave merchants expanded and made cities like London very wealthy. The transatlantic slave trade itself was the richest part of Britain’s trade in the 18th century.

The slave-based plantation system was vital to British wealth, industry, and jobs. British slave-ship owners, slave traders, and plantation owners made large sums of money and often never left England. Planters often retired to Britain with the profits they made and built large town or country houses. Some endowed schools and other public buildings with money from plantation slavery. Edward Colston, for example, donated an estimated £100,000 of his slave trade profits to the city, including the foundation of a boys’ school named after him. Some planters used the money they had made to become MPs. Others invested their profits in new factories and inventions, helping to finance the industrial revolution.

Factory owners in Britain had a vast market for their goods. By 1750, sugar surpassed grain as the most valuable commodity in European trade – it made up a fifth of all European imports. The sugar market went through a series of booms. The rise in demand and production of sugar resulted from a major change in the eating habits of many Europeans. They began consuming jams, sweets, tea, coffee, cocoa and other sweetened foods in much greater volumes.

The most obvious and dramatic effects of the Atlantic slave trade were changes to the Atlantic coast ports of Bristol, Liverpool, and Glasgow. Bristol and Liverpool became major ports through fitting out slave ships and handling the cargoes they brought back. Bristol’s wealth was partly based on slave-produced sugar; Glasgow became the United Kingdom’s main tobacco port. From 1761 to 1807, traders based in British ports hauled 1,428,000 African captives across the Atlantic and pocketed £60 million – perhaps £8 billion in today’s money – from slave sales. Liverpool grew wealthy from plantation-grown cotton. It also became a major shipbuilding city as a result of the slave trade. Later, it was not a coincidence that the Royal Navy grew during the period of conflict for control of the colonies. Once Britain had grown to dominate the Caribbean, the Navy was still needed to protect these colonies and British shipping.

Atlantic slave trade profits also went to anyone who was wealthy enough to buy shares in the newly invented joint stock companies. The South Sea Trading Company was set up in 1711, and it invested in the slave trade and in plantations. Its shares were very popular and rose rapidly in value. This led to the first ‘boom and bust’ in Britain, the South Sea Bubble of 1720. The profits from the South Sea Trading Company were spread throughout the upper classes.

So, was Britain economically better off as a result of the slave trade? Yes.

Has it continued to benefit? Yes. This will continue for as long as institutions built on the Atlantic trade continue to exist and prosper.

Does this posit a need for financial restitution and reparations of colonised and enslaved nations and communities affected by it? Yes.

Boris Johnson has proclaimed that to remove offensive statues would be “to edit or censor our past” and “to lie about our history”. But that is exactly what is done with our imperialist and racist history. Organisations, councils, and institutions have ignored years of campaigning to put slavery and colonialism into its proper context. People have laboured for years to persuade councils to remove statues of slave traders and place them in museums so they can be viewed in their proper shameful context, rather than as figures to be proud of.

Those Who Do Not Learn History Are Doomed To Repeat It.

Removing statues and replacing them with memorials is crucial in the Black Lives Matter movement. Statues are symbolic by nature – tearing them down is a time-honoured form of protest. But more important than symbolism is change, which is affected by education. Knowledge of the past comes from the archives, documents, and objects preserved in libraries or museums. These records are used to produce scholarship for experts, in the form of academic books and peer-reviewed articles, and for the public, in the form of podcasts, blogs and op-eds.

There is so much painful history to face up to, and fix. Confronting our history and taking accountability is one thing. It is another thing to undo the subsisting systems of privilege and discrimination, and prevent their ongoing impact wherever possible. But it is possible!

The University of Glasgow has shown leadership in this area by conducting a kind of “slavery money audit” and announcing long-overdue “reparative justice” measures. In 2018, they published a report, following a year-long investigation into their links into historical slavery and launched a programme of reparative justice.

The slave owner’s compensation, and absence of any compensation for the enslaved remain at the heart of inequalities in Britain today. That compensation provided further enrichment opportunities to slave-owning families, some of whom remain at the top of the tree in Britain, with generations still being born into that inherited wealth. David Olusoga details some of the big names that benefited from this compensation and remain part of the British elite, including former British former PM David Cameron.

Incredible research and information on the compensation paid to slave owners, as well as the big companies, art collections and institutions that can trace their existence back to slavery, is freely available on University College London’s Legacies of British Slave-Ownership project website.

Other institutions must follow Glasgow University’s slavery money audit example. For too long, Britain has quarantined the atrocities of slavery at the distance of several thousand miles and several hundred years. This must stop.

Photograph: The British Museum has come under fire in recent years for housing artefacts gained through Britain’s imperial exploits.