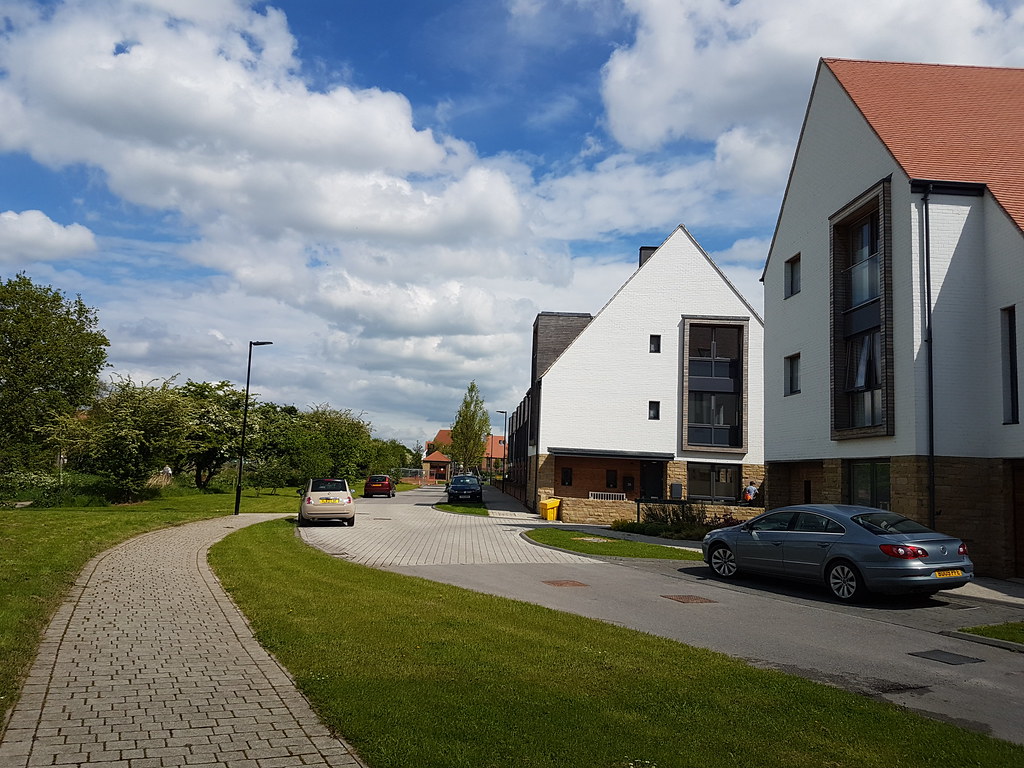 For our planet to maintain the existence of human and other life on it, there has to be a drastic reduction of individual CO2 output from 16 tonnes to 1.0 tonne each. This is a near-impossible task to be undertaken by individuals.

Reductions in CO2 must be designed into the world around us. One way of testing CO2 reduction design methods is through sustainable developments, such as one just off East Campus called Derwenthorpe.

The community of Derwenthorpe was established in 2012, with high hopes of environmental and social sustainability. Their three bullet-point ethos is simple:

This task was undertaken by Joseph Rowntree Housing Trust (JRHT), and built by David Wilson homes; together they hoped to develop a community that would act as a model for future British housing.

The key parts of housing design are heating, energy use, and travel arrangements. Before residents moved in, JHRT hoped to reduce their individual car use by placing the community on a bike track. The trust also provided car share schemes along with free bus use, and public travel vouchers to the incoming residents.

David Wilson homes installed a central heating system using biomass burners along with natural gas, pumping water out to houses instead of higher energy individual boilers. They placed heating restrictors inside the homes. Mechanical ventilation and a heat recovery system was also installed in the houses, along with classic heat retaining designs, like high levels of insulation and extra glazing on windows. These windows were huge, allowing in lots of natural heat and light.

Designing a house that genuinely appealed to people was key in this development. Along with these tall windows houses had high ceilings and beautiful interiors.

When I first walked into Derwenthorpe last term, it seemed that it was for York’s suburban elite with the modern housing and new age community style. However, along with environmental sustainability they hoped to encourage social sustainability, with social housing taking up 26% of the neighbourhood and 15% of the houses on shared ownership schemes (with people owning 70% of the house and renting the rest).

Along with physically placing people with different social backgrounds together, they hoped the groups would mix by planning social events, having outdoor community spaces like playgrounds, and setting up community meetings such as coffee mornings.

With all the building in place, it was hoped that in Derwenthorpe the residents would thrive as a model for future housing and community design.

The University of York researched the Derwenthorpe housing development for the first six years of its life, and found mixed conclusions.

However, within the interviews there were reports of the house “owners” and house “renters” forming separate social groups despite being close together.

CO2 output from energy use reduced significantly from the normal 2.5 tonnes produced to 1.39 tonnes, but higher CO2 was produced by their travel and food habits than the rest of the UK. Though residents here had a reduced individual yearly carbon output, shrinking from the national average of 16 tonnes to 14 tonnes, this is still disappointingly far from the 1.0 tonne figure desired. Even with all of these interventions we are far from sustainable housing, but Derwenthorpe is a little closer.

The community is still trying to reduce its CO2 output, with tips from their community Facebook page to boost radiators and offering residents thermal pictures of their homes to check if any insulation is faulty.

However, a large part of the individuals CO2 emissions came from transport, and with high public transport costs and little government incentives for most people to drop their car travel there is little housing developers can do to significantly reduce this.

Taking a step back from Derwenthrope, hope can be seen for the future of sustainable communities. Recently, renewable energy like solar power has become cheaper than previous industry-dominating energy produced from oil. This energy is being used to power more and more cars, reducing CO2 produced from individual travel. With all these small steps and changes we may yet build a community that will lead us to a sustainable future.