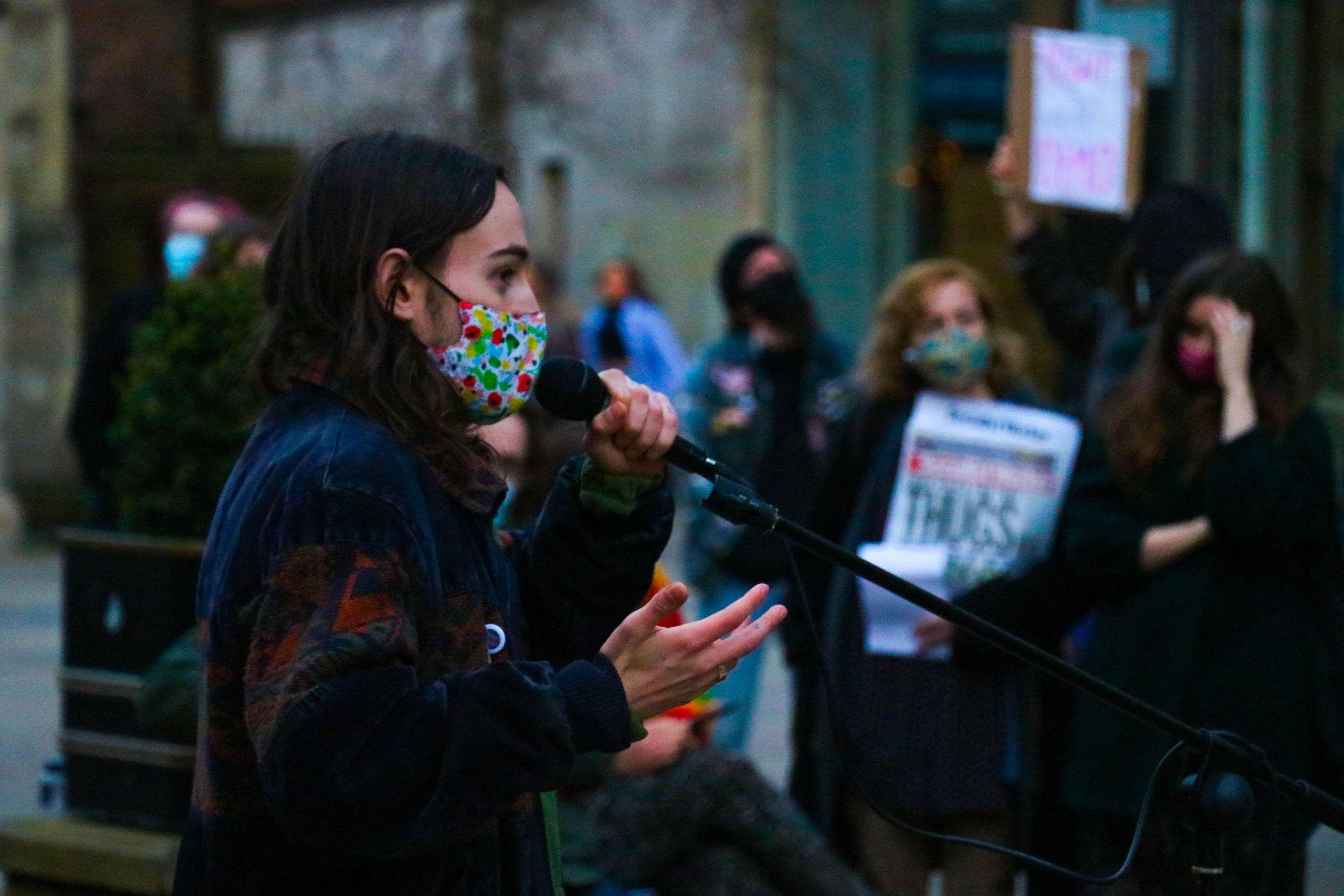 Patrick Thelwell has been found guilty, after he was arrested for “obstruction of a highway” last September.

This is the fourth time he has been arrested but he told us that this time felt different. To date, he has had to pay £500 in court fees – an amount covered by an arrestee support fund crowd funded locally.

He, alongside 76 other Extinction Rebellion activists, was charged for dramatically blocking the roads used for the production of NewsCorp titles – including The Sun and The Times – after claiming they had failed to report on the climate crisis. This drew condemnation from the likes of the PM, who branded the protests “completely unacceptable”.

Thelwell, reflecting on the protest after his verdict, said that “it was good to have a legitimate target”, while others he had been involved in had focused more broadly on the Government.

When a police officer had asked Thelwell if there was anything he could do to make him come down from an eight hour stint on a van emblazoned with “Fuck Murdoch, Fuck Rothermere, Refugees are Welcome Here”, he proudly responded with “You could arrest Rupert Murdoch for crimes against humanity”.

He believes that the media are a “threat to democracy”, as he sees them promoting “fake news, hatred, racism and fascism.”

Therefore, he is appealing the verdict of his case, saying that their means were justified “given the nature and the severity” of the situation.

Nevertheless, Thelwell retains the view that the actions of XR outside NewsCorp were a success. He cites the “huge positive response from social media” as a vehicle for opening a dialogue about reforming media. However, he also recognises the negative impact of the protest – notably how it was used as “an excuse to pass the Police, Crime, Courts, and Sentencing Bill”, which threatens protesters with up to ten years in prison.

“They’re terrified of the power of collective action, and of direct action,” he told me, further noting that “The Kill the Bill protests really show that people aren’t willing to, like, give into fascism quietly, we are going to make a stand”.

A character in York, who has himself run for Green Party councillor, Thelwell believes that the way to go is through local representation: “an economy based on mutual aid, sustainability, and growing our own food”.

He is pleased to see this being carried out in York, through societies like York Student Solidarity Network, and campaigns for a Peoples’ Assembly. He believes that “students have been just treated disgustingly during this pandemic and for decades now.” On a local, as well as global scale, he believes that the only way to solve climate change is “through forming a united people of earth based on global democracy confederation of local democracy”.

So would he do it again, knowing the recent verdict? “It’s always worth standing up on behalf of the people who are starving to death. There is nothing that the government or the police or anybody can do that can intimidate me or can scare me. They can arrest me, they can send me to prison for ten years, but ultimately I believe that we’re gonna win”.