DEBATE: Has Technology Gone Too Far?

BM: Microsoft came into 2015 with a bang when they released a trailer for their new device, HoloLens goggles, at the end of January. In the video, we see the goggles scanning the place you are in and creating an augmented reality in which you still see the room as it is, but with a few holographic additions. The possibilities range from being able to explore the surface of the moon, to completely submerging yourself in a three-dimensional world of Minecraft.

PE: The importance of technology to humanity is obvious. In comparison to other animals we are poorly adapted for survival on this planet. We were cold so we harnessed fire, and weak so we invented tools. Our survival has always depended on the ability to use ingenuity to overcome obstacles. But technology is no longer about survival; we use it for entertainment and convenience. Technology is so prevalent it is used in a huge number of things you will do every day. But with that, new challenges have emerged. Technology has harmed the planet which we still need, and marred its beauty. More to the point, it has influenced the ways we humans interact and offered alternatives to our natural ways of interaction. It is clear we must be wary of technology and make efforts not to abuse it. At the same time it is vital we do not fear technology. Its problems lie in irresponsible use by us, not technology itself.

BM: I wouldn’t call myself a technology fanatic, but I appreciate its advances and the positive ways in which it’s helped our society, both scientifically and creatively. After watching the trailer, however, a sense of dread washed over me. For me, this has crossed the line. I couldn’t help but think about how submerged in our phones and laptops we already are, and just how much this is affecting real social interaction and human contact. It’s become easier and more convenient to talk to someone over Messenger rather than seeing them in person. And even when we do spend time together, we find ourselves either sitting with our phones in front of us or checking it every few minutes so we don’t lose contact with the comforts of our virtual world.

PE: It’s clear then that technology is only a distraction from, not a replacement for, real interaction. Also, before you criticise technology for getting in the way of human connection think about how technology connects people when geography inevitably limits us. We can now see and speak to friends and relatives on the other
side of the world, live.

BM: I believe technology should be feared. As humans, we have proven that we cannot do things in moderation. We have become dependent and addicted to things which give us a sense of release. The idea of controlling your exposure to technology is no different. Social connections have already changed so much that today, a text from your best friend saying ‘I hope you’re okay’ or ‘I love you’ has similar effects to receiving a hug. Whilst this is reassuring, in the long run, it makes us lazy. It gives us an easy way out. Much like other things we depend on or become addicted to, it might satisfy us at first: escaping from the awkwardness of having to say something to someone’s face or expressing more complex feelings, but this isolates us. Technology has not only affected humanity psychologically, but it has redefined us and the way we feel about the world and how we live our lives.

PE: Following on from the benefit of technology aforementioned, I would be a fool to defend ever advancing technology without pointing out its benefits: medicine, business, education have all progressed almost solely because of technology. In addition to this, our lives have become enriched by the internet. This gave us the ability to learn and gain exposure to new ideas from anywhere in the world, helping us see the world from the perspectives we would not naturally experience. We are all enriched by this access to different cultures and ways of thinking and different art. Life would be unthinkable for our generation without the internet, and worsened without the new technology provided by previous generations. It is amazing to think about what the generation after us might have at their disposal. But we would be unhappy had the pioneers of the past forgone the opportunity to create the internet for fear of the changes it would bring. Therefore if we are too afraid of change to advance technology we are making a choice for the next generation, depriving them of similar advances that we benefited from.

BM: People like control. We feel safe when we can predict a situation and think about how we are going to react. Whilst texting allows us to control exactly how we present ourselves to the other person, real conversation doesn’t. Our relationships are supposed to be messy, demanding and rich in emotions both positive and negative but technology has made it acceptable for us to ‘clean them up’, to pick and choose what we want to feel. Scientists are already working on creating an advanced version of Siri, who will become more like a best friend than an artificial voice coming from your phone. This really does reflect the sad truth that we feel like no one is listening, that we would rather take the easy way out instead of working on our relationships.

PE: In spite of this, I agree that care and moderation is vital. We have witnessed technology harm the planet and are seeing it change the way we interact with each other. It has even given us weapons that could cause our own extinction. As we continue to use and advance technology we must not overindulge so we can preserve our humanity, our planet and potentially our lives. But to shy away from it and fear it would be foolish. It is the very thing that has allowed us to thrive and could have limitless potential. 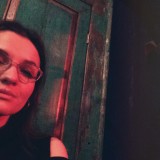