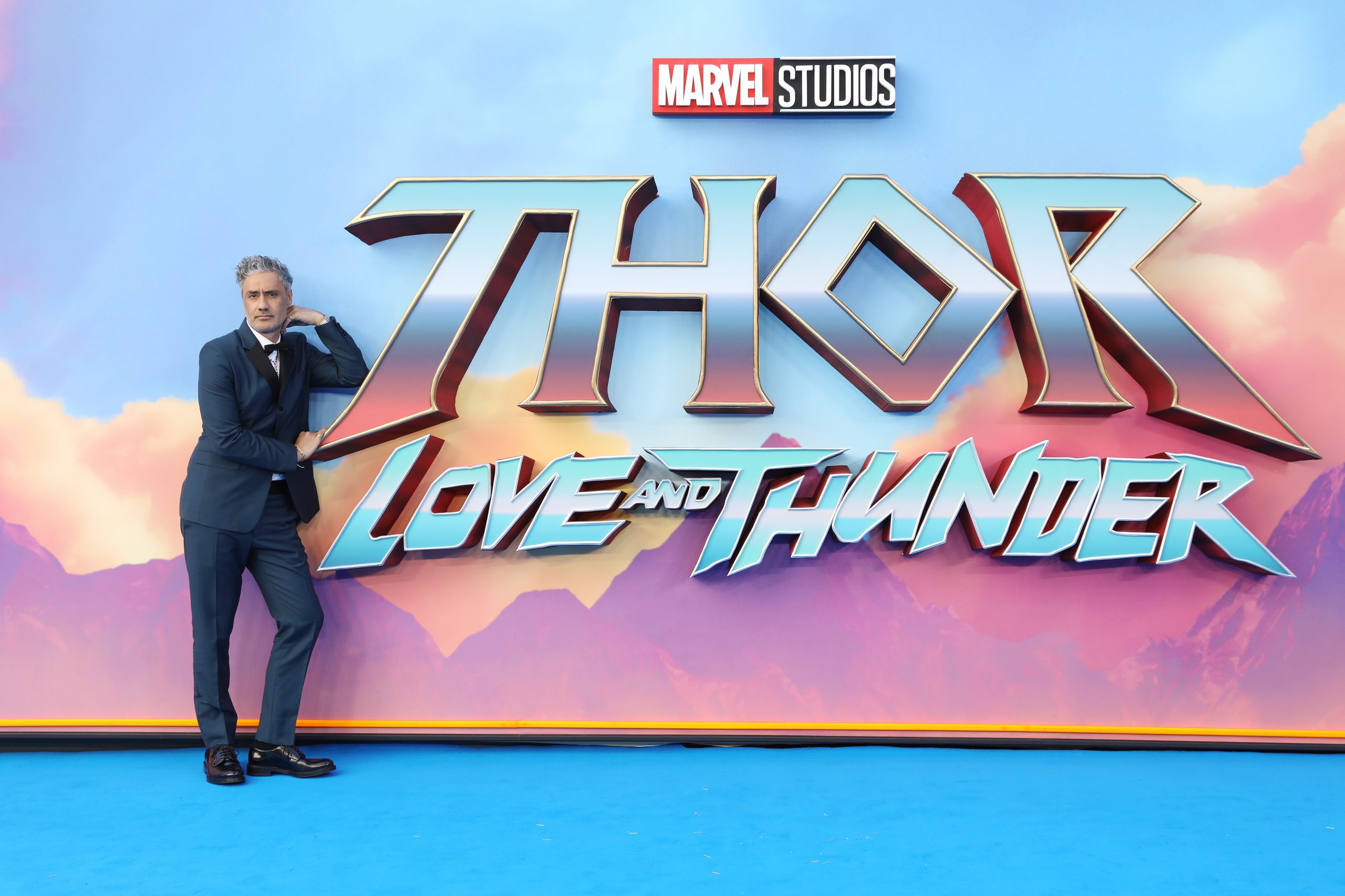 Following in the footsteps of the ground-breaking Thor: Ragnarok, Taika Waititi’s Thor: Love and Thunder is a visual extravaganza for the heart and the smile muscles, however low stakes and lightning-quick pace leave it soaring in its predecessor’s (sparkly) shadow.

After overcoming the emotional and physical battles of Avengers: Endgame, Thor is in a different place than we’ve ever seen before, travelling through space with the Guardians of The Galaxy. However, when his former kingdom, the people of the recently redesigned tourist trap New Asgard, are attacked by Gorr the God Butcher, Thor assembles a new team to track this villain down and save the day.

Boasting a star-studded cast, vibrant visuals, an iconic soundtrack and even an inter-weaponry love triangle; Thor 4 feels like a typical 80s rom-com extravaganza, where viewers could imagine plucking Chris Hemsworth right into a Flash Gordon remake, Queen soundtrack and all.

Whilst not quite the colourful menagerie that was Ragnarok, Love and Thunder is artistic and thoughtful with its wild visuals and use of colour, bouncing easily from serious drama to Taika-tastic comedy. Enhanced by a chorus of impeccable song choices, this film draws tears of laughter in the most unexpected of moments. The continued random presence of the screaming goats, as seen in trailers, were a particular treat, with their sudden wails continually jolting viewers into fits of giggles.

A family film in every sense, the cast is littered with cameos from Waititi, Hemsworth and Natalie Portman’s own kids, who seem to be having just the best time on set.

This fun extends to the grown-up cast, where acclaimed actors dance across the screen with the playfulness and joy of children thrown into a sandbox of their own creation. The passion and joy nurtured by the ever imaginative Waititi pulsates through the cinema as everyone onscreen experiments in this widening world of MCU mythology.

Natalie Portman returns in an impassioned, dorky, emotional and full-realised role as the Mighty Thor. Or if you can’t say that, Dr Jane Foster… but never Lady Thor (her words, not mine!) The addition of this second Thor figure drives the emotional heart of the film, leading to some wonderful rom-com moments and an intriguing, heartfelt and unexpected ending.

Tessa Thompson’s Valkyrie makes for a beloved and blunt King of Asgard, whose unashamed gayness gives Thompson a lot to play with. We just wish there was more of her! Another fabulous character who could always do with more screen-time is Waititi’s Korg, who is just as quotable as past renditions, now receiving his own Ant-Man style narration montage.

The new villain of Christian Bale feels like he should be in a different movie… in the most intentional way. Sucking the energy, and often the colour, from the screen in every scene he’s in, Bale’s serious, full-bodied approach to Gorr creates a chilling, yet sympathetic villain who feels inspired, on some level, by his Dark Knight adversary, Heath Ledger’s Joker.

Even a cameo from Russell Crowe personifies a wholehearted embrace of imagination and comedy. From the Australian’s hilarious attempt at a Greek accent, to an array of global gods and Easter eggs dotted throughout his watching crowd, and a brief flash of a naked Hemsworth, an audience with Zeus is certainly worth attending.

On a slightly less positive note the pace is incredibly fast, due to one of the shortest MCU run times in recent years, often not leaving enough space to laugh before the next joke is hurled. This lightning fast pace can feel needlessly disorientating at times, however this will likely subside through subsequent re-watches. Starring a god of thunder who has just recently survived Ragnarok, Thanos, The Blip and a lifetime of battles, the low stakes and weaker fight scenes can often feel a bit lacking, but in the end, it all serves a definitive purpose honed and orchestrated by Watiti in the most fabulous ‘reversal of tropes’ possible.

Hidden amongst the personal danger to Thor’s life, an ‘end of the gods’ threat’, a rehashing of old love and a reconstruction of the legacy of Thor, lives the relaxed playfulness of a production company and a director who are secure in their audience and cast sticking around and can therefore have a little fun along the way. In this way, Love and Thunder shares a similarity to many of the other Phase 4 projects so far, being fun and enjoyable but disconnected from the wider MCU; an enjoyable pitstop rather than essential viewing.

Following on from the explosive world building extravaganza of its predecessor, Thor: Love and Thunder promotes a smaller, more personal message. A story that focuses more closely on simple universal themes of Love, and because it’s a Thor movie, Thunder!

Sure it’s not the revolutionary masterpiece that was Thor: Ragnarok, but with an epic soundtrack, loveable characters, gorgeous visuals and a truckload of New Zealand’s best Taika-tastic humour, Thor: Love and Thunder creates a movie experience that is impossible not to enjoy.